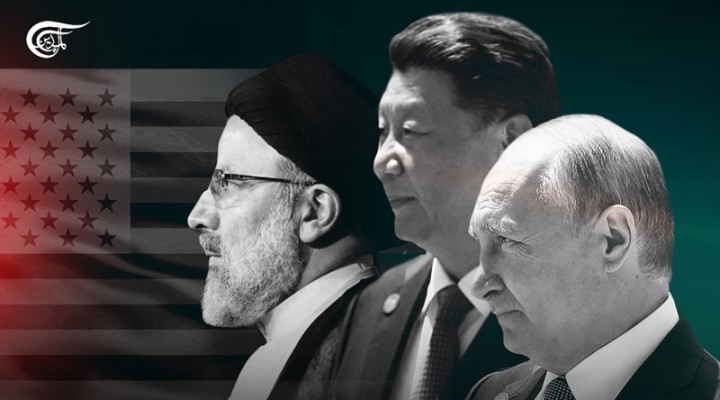 The western block faces severe challenges to the geo-strategic balance that favored its interests. Other parties such as China, Iran, and Russia are encouraged to draw more red lines every day as the situation shifts in their favor.

The first round of talks in Vienna under the JCPOA aegis, supported by a sizeable Iranian negotiating team, yielded few surprises for anyone, that is, who has listened to what the Raisi Administration has been saying so very clearly, over recent months.  The Chief Iranian negotiator, Ali Bagheri-Kani, presented two drafts for subsequent consideration in this and later sessions, and promised a further draft, following his return from Tehran mid-week.

The key change here reaches back to Raisi’s post-election declaration: that the JCPOA was not his first priority. His administration is now looking east, towards a changed strategic setting for Iran. The immediate implication therefore for Vienna was to reassert the priority of purely Iranian interests. This initial session revealed that the new Iranian Administration is no ‘Tweedledum’ rotation of two contending, but broadly similar, political factions – but one which marks a radical change of leitkultur (reaching back for the vitality and ethos of the early years following 1979).

It seems nonetheless, to have come as something of a surprise for the Europeans (the E3), who perhaps thought that US threats of crippling US sanctions; of the prospect that Europe might join those sanctions should the talks not progress; and the E3 warning that Israel was preparing to strike Iran, would temper the Iranian hand at Vienna. It was not to be. The Iranian team clearly believes that it participates now from a position of advantage.

The E3 negotiators (France, Germany and UK) told the Iranian team (in full coordination with the US) that the opening proposals they presented this week were ‘unserious and unacceptable’, an E3 diplomat later reported.  He characterised the draft on sanctions-relief as extreme and maximalist, with the Iranians increasing their demands in respect to the draft reached last June with the Rouhani team. The second draft on Iranian nuclear measures was also very ‘hardline’, the European diplomat noted, explaining that the Iranians had removed all of the previously agreed compromise language on steps they will take to roll back their nuclear programme.

What is going on?  Well, it is certainly something very far-reaching — something which goes well beyond the Vienna talks.  Iran simply stated its ‘red lines’:  No discussion of Iran’s ballistic missiles; no discussion of Iran’s regional role; and no freezing of enrichment, as long as the mechanism for lifting sanctions and ensuring their non-recurrence is not agreed upon — a return to the original framework of the 2015 accord.

Iran demands binding guarantees that sanctions will not arbitrarily be re-imposed; that trade normalisation will not be informally hobbled again contrary to the terms of the accord, as happened under Obama (the US Treasury Department pursued its own anti-trade policy, at variance with that of the White House); and that all sanctions must be lifted.

What should be noted here is the context. The significance of these Vienna talks lie with their wider context. Note that the Iranian position is almost identical in content to that enunciated by Russia vis à vis the US in respect to Ukraine: Putin’s demand to Washington is that Russian interests and ‘red lines’ be formally acknowledged and accepted; that legally binding agreements be made in respect to Russia’s security in eastern Europe; and the absolute demand for no further NATO encroachment to the East, and a veto on any NATO infrastructure exported to Ukraine.

President Putin also warned that any encroachment of NATO infrastructure or forces into Ukraine would not be permitted; and that Russia would decisively act to prevent it. Similarly, Iran has stated explicitly that any Israeli attack on its nuclear facilities would not be tolerated. It would result in the Iranian destruction of Israeli vital infrastructure across the extent of “Israel.”

And — Iran’s and Russia’s stance is identical with that of China in respect to Taiwan. President Xi made that plain in the virtual summit that he held with Biden on 15 November. Xi warned that any move by Taiwan to secede will not be permitted, and would be met by a military response. As Anatol Lieven astutely notes, this would have grave strategic consequences: “quite apart from the global economic damage that would result from a war in Ukraine, and the ways in which China would take advantage of such a crisis, the West has a very strong reason indeed to avoid a new war: the West would lose”. Lieven continues: “This would also risk becoming a world war; for it is virtually certain that China would exploit a war between the United States and Russia, thereby threatening the United States with the risk of two wars simultaneously – and defeat in both”.

This is very new — in geo-politics, co-incidences of this nature don’t just spontaneously happen.  It is evident that the three powers are strategically co-ordinated — politically and likely militarily, too.

Western states are stunned: It is the first time that others are dictating to them, setting out their red lines – rather than being instructed on American red lines. They are disconcerted, and unsure what to do next.

For now, they repeat the usual bromides about ‘all options being on the table’; of crippling sanctions; and of an international coalition being formed to pressure and oppose such non-compliance. In respect to Russia, Biden reportedly is mulling ‘nuclear option level’ actions against Moscow, should it launch a military offensive against Ukraine – including Russia’s expulsion from the SWIFT financial clearing system, and going after Russian sovereign debt.

Western states know nonetheless, that they hold a weak hand. Russia began preparing for such punitive actions in 2014, when America first played the SWIFT card against Switzerland (to force Swiss banks to divulge details of their American clients). And Iran too, has been quietly preparing its conventional deterrence over the last decade.

This axis does not fear America. Indeed, they know that the strategic balance has turned in their favour. What they do fear though, is that the political polarisation and disintegration inside the US might lead its weakened Establishment to prefer a diversionary crisis — to trying for a strategic re-set (for any compromise with Putin would be portrayed as Biden ‘weakness’).

Given that the Ukraine crisis is systemically unstable, and will crack (one way or another) in the coming months (perhaps sooner than the other explosive issues), the video call between Biden and Putin this week constitutes a watershed moment (whether or not it yields any substantive outcomes). The Taiwan issue and the JCPOA, being linked by a common thread – to an extent – are hanging on its outcome.

A strategic reset however, will not come easily. The West is embedded in meme-warfare (winning rhetorically and politically, whilst losing ground strategically), severed as it is, from practical realpolitik makes a reset all the harder. Any compromise on the narrative that Russia cannot have its own redlines; cannot dictate whether not Ukraine joins NATO; nor determine where NATO sites its missiles and nukes, risks Biden being seen as weak. Republicans already pre-emptively have blamed what they call Biden’s ‘weakness’ for having encouraged ‘dangerous adventurism’ from Moscow.

Thus perhaps has begun, the beginning of a countdown to a new geo-strategic balance between the two axis — and ultimately, peace or war.

One thought on “Approaching the geo-strategic countdown”