HOME / WORLD / Will Israel launch An Attack On Iran? 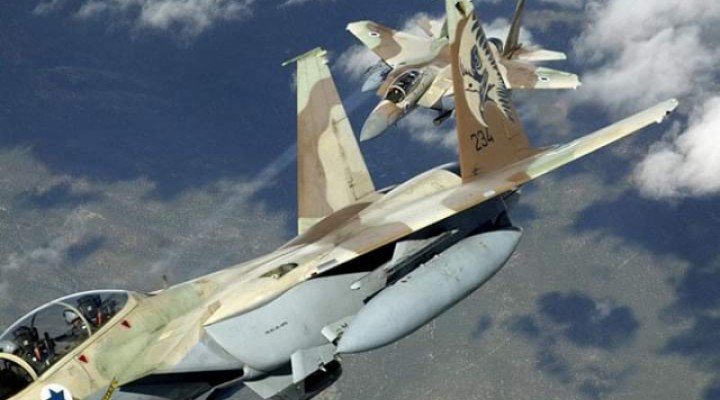 At the start of the year, the armed forces of Israel and Iran were put on high alert. Both sides were expecting an attack. Israel even armed its “Lahav” corvette with two Iron Dome missile launchers, which has never happened before. There has only ever been one launcher on the ships.

Iran did not take military action, while Israel launched attacks on Syria. On 13 January, airstrikes were carried out on the Syrian city of Deir ez-Zor and Iraq’s border areas. More than a hundred people were killed, both Iraqi fighters and Syrian military personnel. On 21 January, the Israeli Air Force carried out yet another attack on Syria. Tel Aviv justified its actions as preventive measures against Iran, which is allegedly turning Syria into a kind of Lebanon with numerous paramilitary structures and arms depots.

Then, Israeli officials publicly stated that it would attack Iran if the US lifted or eased sanctions. They also demanded that Washington specify as soon as possible what actions the new White House administration is planning to take with regard to Iran.

Recent events show that these threats could well become a reality.

On 31 January, Israeli Defense Minister Benny Gantz visited the headquarters of the so-called Depth Corps. These special forces were formed by Gantz himself in 2012, when he was Commander-in-Chief of the Israel Defence Forces, and they are designed to carry out operations far beyond Israel’s borders. Their actions are always carried out under a shroud of secrecy, and preparation can take weeks and even months.

The defense minister’s visit followed hot on the heels of Commander-in-Chief Aviv Kochavi’s statement a few days earlier that he had ordered fresh plans to be drawn up for a strike against Iran’s nuclear facilities to prevent the country from creating a nuclear weapon.

On 29 January, Gantz also met with US Central Command commander General Kenneth McKenzie, who was in Tel Aviv.

Just a few days before Donald Trump’s departure from the White House, he signed a decree moving Israel under the jurisdiction of the Pentagon’s Central Command. Israel had previously been in the European Command’s area of responsibility.

It has been reported that Gantz and McKenzie discussed the current state of affairs in the region, including the situation in Iran.

It is also known from leaks to the media that Mossad chief Yossi Coen is planning a trip to Washington in the near future to meet with US President Joe Biden and convey Israel’s objections to a deal with Iran, as well as their actions in the Middle East.

In addition to Iran’s nuclear development, Israel is also worried about Tehran’s latest achievements with regard to missile programmes, as well as the activities of its partners on Israel’s borders, including various Palestinian factions, Hezbollah in Lebanon, and the Syrian government.

Another recent event could become an additional reason for launching a strike against Iran.

On 29 January, there was an explosion at the Israeli embassy in New Delhi. Although no one was injured (only a few cars parked nearby were damaged), the incident was classed as a terrorist attack and Mossad joined in with the investigation. At the same time, police in India began detaining Iranian citizens based on data from the Bureau of Statistics and interrogating them about their involvement in the terrorist attack.

This was done at Israel’s request, since the Israelis believe Iran is planning a revenge attack for the murders of General Soleimani and scientist Mohsen Fakhrizadeh.

The local extremist organisation Jaish-Ul-Hind later claimed responsibility for the explosion in New Delhi. However, Israel believes the organisation has links with Iran, although there is no evidence for this.

In fact, Israeli officials automatically blame Iran or Hezbollah for virtually all such incidents.

For instance, Iran was also blamed for attacks on Israeli diplomatic vehicles in India and Georgia in 2012.

What is the likelihood of Israel actually launching an attack against Iran?

It should be noted that Israel has experience of bombing similar places – in 1981, it launched an attack on Iraq, and, in 2007, on Syria. They were carried out as part of the so-called Begin Doctrine, according to which Israel will not allow a hostile country (which is actually every country surrounding Israel) to possess nuclear weapons.

Technically, Israel could use Saudi Arabia’s airspace for the attack, since the country recently gave permission for this under the Abraham Accords. Israeli aircraft could also pass through northern Iraq, where there is a US Air Force base in Erbil. The Kurdish regional government has historically close ties with Israel, since Tel Aviv has supported the Kurds ever since the start of Mustafa Barzani’s rebellion in 1961 and continues supporting them to this day.

So, Israel’s current preparations may not be just a flexing of muscle, but real preparations for an act of aggression. And the recent raids on Syria and Iraq could also have been to test air defense systems, the situation in general, and the reaction of other countries.

In the run up to the Knesset elections scheduled for 25 March, an attack could also be used as part of an election campaign in Israel.

As for Iran, they are expecting the US to return to the nuclear program deal in the form in which the agreements were reached, and also lift sanctions and restrictions. In January, officials from the Islamic Republic of Iran also announced that they had started to enrich uranium up to 20%, although this is just a small step in a complex and lengthy technical process, if we’re talking about creating nuclear weapons. It was also stated that IAEA inspectors will not be allowed access to the country’s nuclear facilities from the end of February, if Iran’s requirements are not met.

Defensive Moves or Preparation for War with Iran?

0 thoughts on “Will Israel launch An Attack On Iran?”