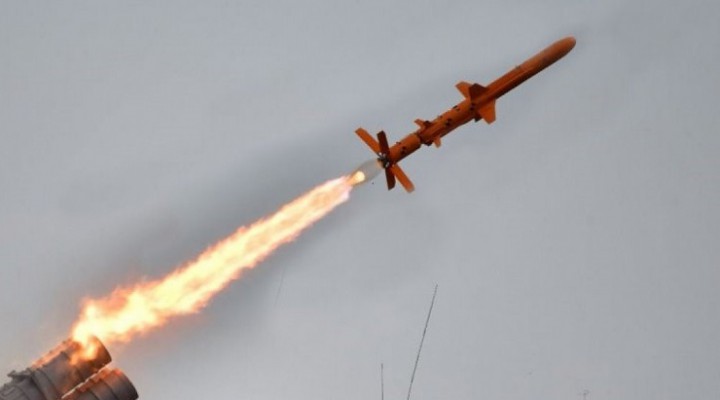 After years of indiscriminate bombing of Syrian infrastructure by Israel, it was reported, in mid-May 2022 that Russia fired a “warning shot” S-300 missile “near” Israeli planes. These planes were attacking a military facility near Latakia and, as is generally the case, collateral damage, meaning dead civilians, are the norm.

In fact, I just received an intelligence report out of Amman, Jordan stating that the US has unleashed a massive program of recruitment and training of militants around the world to unleash on Syria, Iraq and Iran in coordination with Israel.

We also have confirmations that the war in Ukraine was orchestrated by Israel as well and that this move in the Middle East is part of the broader war plan that NATO is only a part of.

Intelligence sources only talk of the criminal network of “bankster oligarchs” that run NATO and hide their far more sinister goals behind “globalism” and fake security concerns.

But before getting into a touchy subject, such as Israel’s long history training and arming Nazi units in Ukraine against Crimea and Donbass/Lugansk, something else must be examined also.

Some years ago, I talked with my good friend Dmitri, who was with the Soviet 12th Directorate, an organization that investigates nuclear proliferation.

Dmitri told me the Mossad tried to recruit him to aid them in using specially built tactical nuclear weapons in terror attacks which were later confirmed, in highly classified documents, as “nuclear terrorism” by the IAEA.

Let me explain. Today, almost everything is “classified” and anything that walks and crawls has some kind of security clearance. Disinformation is often purposefully “classified” to make it seem real and to encourage leaks. This is a common practice.

Worse still, in recent years anything that comes out of the US State Department, Pentagon or Department of Justice is penned by political hacks generally working for the Israeli interest section that oversees the US government.

If you are unaware of this, you have been living under a rock since 9/11.

Two areas of real classified information impact today’s news. One is the use by the US, NATO and Israel of “retired” military officers to organize groups like Gladio or even ISIS and al Qaeda (terrorist organizations, both banned in Russia), even Boko Haram (also banned in Russia) and those Somali pirates we used to hear about.

The US loves curing the world’s problems, such as COVID 19 or perhaps even AIDS, even if it has to cause them itself.

As for the “officers,” we have seen claims made about Mariupol and an American admiral, a Canadian general and a selection of others, French, Poles and an Israel “commando” or two.

When we look into the immediate past for something confirmations, we find ourselves back in Syria, 2014 when the Delta Force supposedly “captured” the ISIS “oil minister.” It was really a retired American general, a commentator on Fox News, who was organizing the defense of Mosul for ISIS (banned in Russia) on behalf of the CIA. Delta got him out before Syrian Intelligence caught him.

Similarly, Iraqi militias captured an Israeli Brigadier. When I questioned their version of events, they sent me a copy of his ID card. Israel never denied and, in fact, paid $7 million secretly to get him back.

Similarly, back in January 2020, when a well-known “CIA Chief” was said to have been shot down over Afghanistan, there were denials but the famous “Michael ‘D’” was never seen again. The Taliban has passed along messages saying they have him. What is true? Certainly not the denials.

Then we have something more serious, the use of nuclear weapons, in most cases tied to Israel. This is other than the highly secret and well substantiated reports that Israel smuggled nuclear weapons into New York through the Teterboro Airport and used them on 9/11 to bring down the 3 towers. We have strong confirmations that the silly cover story that relatively cool burning kerosene/jet fuel “vaporizing” the WTC was written entirely “tongue in cheek” as comedy, laughing at how easy it is to pass off insane lies using America’s corrupt press.

Then we have the bombing of Beirut, blamed on stored fertilizer that managed, somehow, to mix itself into ANFO and burrow into the bedrock creating a crater identical to those made by nuclear bunker busters.

Back in 2013, a massive explosion outside Damascus caused ball lightning, something that only occurs during nuclear tests. From Pakistan Defense, a site not easily censored. This is a look into information not filtered for public consumption:

Did Syria Sink an Israeli Submarine? Was the Nuke Attack of May 4/5 Retaliation?
A story out of Syria claiming it sunk a German built nuclear armed submarine operated by the government of Israel has not only been partially confirmed, but that a fully confirmed nuclear attack on Syria is now believed to have been Israeli retaliation for that sinking.

It is reported that the Israeli Dolphin submarine, a German built diesel/electric craft, was attacked and sunk by a Syrian Navy torpedo boat at 2:30 AM, May 2, 2013 while at a depth of 150 meters. Prior to the sinking, a ship operated by Germany’s intelligence services had been in the area.

After the reported, or should we say “unreported” sinking of the Israeli submarine and the equally “unreported” nuclear attack on Syria, a large contingent of Russian naval vessels moved into area.

Evidence is piling up, backing this scenario as one where Russia was forced to use its military capabilities to stabilize the region and defuse a wider conflict.

The video analysis of the nuclear attack, two days after the reported sinking, is conclusive.

What had been in question was the “why?” There was no evidence that Syria had a target that would justify the risk of Israel using a nuclear weapon. Initial assumptions were that Syria may have had an underground nuclear facility but that proved to be groundless.

What drove Israel then?

Now we may well have the answer. The report came from Syria news. This is the publication that reported the use of chemical weapons by rebel forces on March 19 near Aleppo. They have legitimate sources, certainly more than any mainstream media, and report in a serious and credible manner.

There are also broad confirmations that Israel has lost an F-16 during the conflict.

This would be the second submarine Israel has lost. The former HMS Token, renamed the Dakar by Israel when it was given to them by Britain in 1967 “disappeared” with all hands. There has been broad speculation that the US Navy sunk the Dakar in retaliation for the Israeli attack that killed and wounded over 200 American sailors on the USS Liberty a year before. Israel now openly admits to attacking the Liberty, claiming that the United States was spying for Egypt during the 1967 Six Day War.

We also have IAEA confirmations that Israel and Saudi Arabia staged two nuclear attacks on Yemen as well. There are other reports of tactical nuclear weapons used at events such as the Khobar Towers and others, reports generated by the IAEA for extremely limited readership.

Where does this leave us?

We can safely assume that top NATO and Israeli officers not only trained Ukraine’s Nazi forces but trained and supplied ISIS and al Qaeda (both banned in Russia) as well. Not that both terror organization only attack enemies of Israel and the US.

Similarly, we have broad confirmations that chemical, and even biological weapons attacks have been staged, in Syria and elsewhere, by NATO and Israel. We can easily confirm that this process began in Angola and Namibia so long ago.

What can we safely believe?

That answer is simple. One can safely assume that the side that gains from the effort staged the effort.

One can begin by looking at how ISIS and al Qaeda are supposedly sworn enemies of Israel but have never attacked Israel nor has Israel ever attacked them.

In fact, year after year, Israel has used its missiles and air force to provide combat support for both ISIS and al Qaeda and any denial would be silly.

Why then is it never reported?

Vanessa Beeley | The plague of forever war in Syria

If you want a womb for terrorism… look for “Kabal”!

0 thoughts on “Russia and Israeli Exceptionalism”