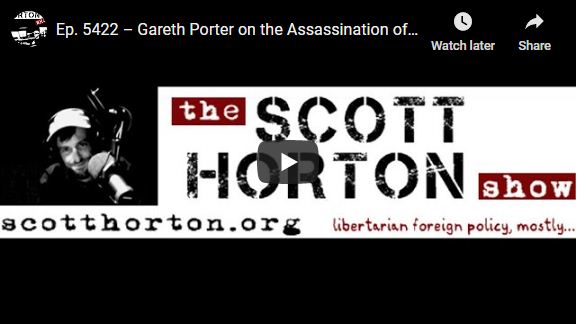 Gareth Porter discusses the recent assassination of Iranian defense official Mohsen Fakhrizadeh by the Israeli government, which continues to claim that Fakhrizadeh was a “top nuclear scientist” in Iran.

In reality, explains Porter, Fakhrizadeh was not a nuclear scientist, and this assassination is part of a years-long campaign to convince the world that Iran is pursuing nuclear weapons. No doubt the assassination was intended to provoke some kind of response from the Iranians before President Trump leaves the White House. It will also make it harder, he says, for President Biden to renegotiate the Iran nuclear agreement, a clear goal of Israel and its allies in Washington.

0 thoughts on “Ep. 5422 – Gareth Porter on the Assassination of Mohsen Fakhrizadeh”