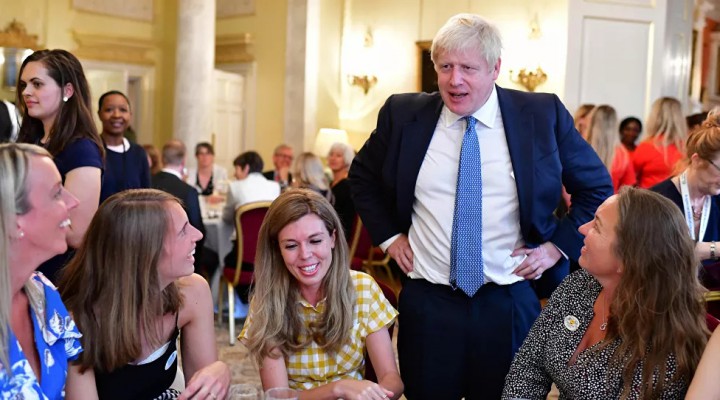 The high-handed willingness of Boris Johnson to crash Britain out of the European Union shows a peculiar callous disregard for the economic fate of many ordinary Britons and Irish people.

Britain’s political meltdown exacerbated by Johnson’s gung-ho Brexit “plans” goes hand-in-hand with unfolding economic turmoil and the collapse of the British pound. This is not “project fear”. More like the reality of screams as a bus heads off a cliff edge.

It is astounding how cavalier the British prime minister can be about the potential severe economic consequences for millions of Britons, as well as neighboring Ireland, especially among the growing numbers of low-income citizens and their families.

But there again, when we are dealing with someone with an elitist upper-class upbringing like Johnson then callous disregard for “one’s lessers” is second nature. The indoctrination of superiority and privilege among people of Johnson’s ilk make it effortless for decisions to be made that inflict suffering and hardship on others. Because the elite are, or they think they are, insulated from consequences. Also, in part too because they feel entitled to use violence unilaterally as a prerogative of power and privilege.

Such mentality of arrogant insensitivity was revealed this week with reports of a test exam at elite super-rich college, Eton. Potential entrants to the college were asked to imagine they were the prime minister and to write a speech to be given to the nation on why British army troops were justified in shooting dead 25 protesters in some hypothetical future scenario of civil unrest in Britain.

As the Eton college examiners put it, “explain why employing the army against violent protesters was the only available option to you and one which was both necessary and moral.”

There are several disturbing aspects to this mode of thinking. Notably, how young would-be Etonians are inducted to conceive of British society in violent terms as a natural state of affairs. And that dissent must be crushed ruthlessly by the powers-that-be who are, it is implied, superior.

Surely, Eton could (in theory) be asking young students more intellectually challenging policy questions, such as how to ensure higher-quality public services, or how to foster greater social equality, or how to transition speculative capitalist economics to a more ecologically sustainable basis.

© REUTERS / HENRY NICHOLLS
An anti-Brexit protestor holds a sign outside the Houses of the Parliament in London, Britain August 28, 2019

The evident concern by Etonians to quell social protests betrays an elitist fear of popular revolt against the class-ridden, privileged parasitical existence of Britain’s upper class.

Eton, like a few other elite private English colleges, are the breeding ground for future British princes, prime ministers, cabinet ministers and military generals. It is where Boris Johnson received his “education”.

The upper-class callousness and brazen sense of entitlement is captured in the 1979 hit song ‘Eton Rifles’ by working-class singer-songwriter Paul Weller.

“Hello-Hurray, what a very nice day for the Eton rifles, Eton rifles… All that rugby puts hairs on your chest, what chance have you got against a tie and a crest?”

One only has to look at the appalling history of British colonialism and the easy facility for the elite to order lethal violence to suppress popular protest. Shooting people on the orders of rulers in London is as English as sipping afternoon tea, or mowing the tennis lawn.

A few examples are the Amritsar massacre in 1919 in India’s Punjab region or the Bloody Sunday murders in Derry, Northern Ireland, in 1972. Countless other such atrocities can be cited in Kenya, Malaya, Aden and other former British colonies.

And it’s not just foreigners whom the British elite view as “legitimate targets”. This year marks the 200th anniversary of the Peterloo massacre when British cavalry slaughtered dozens of famine-stricken civilians in Lancashire, England, demanding social justice.

The capacity for violence by British rulers against others who are deemed a challenge to their system, or who are deemed simply irrelevant, is an ingrained culture of privilege that reflects capitalist oligarchic power.

That violence may not always be in the form of outright lethal force down the barrel of a gun. It can be more obscure in the form of inflicting poverty, unemployment and debilitating social conditions while the elite live off the national wealth; more oblique but nonetheless lethal over a lifetime of systematic injustice.

However, just like shooting protesters, the British elite learn to justify their cruelty and callous disregard for others of lower class because, well, Hello-Hurray… we’re the Eton rifles.

One thought on “Johnson’s Eton Rifles”