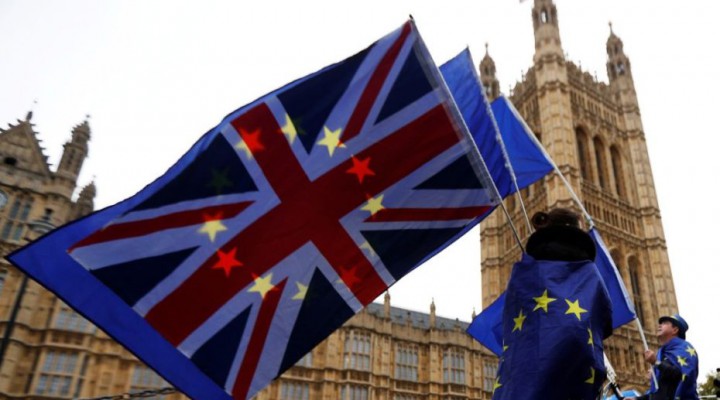 Prorogation and other “King’s contrivances” practiced in the former realm of the British Empire have come back to haunt the “mother country,” Great Britain, in an extremely undemocratic way.

Britain, which sees itself as governed by the mothers of all parliaments, Westminster, has received a bitter taste of what occurs when a small minority of domestic political forces, who are teamed up with likeminded foreign actors, manage to prorogue – suspend – parliamentary rule for extremist purposes. British Prime Minister Boris Johnson, who became the occupant of Number 10 Downing Street after winning a majority of the votes of 160,000 members of the Conservative Party representing a paltry 0.2 percent of the electorate, was victorious over former Foreign Secretary Jeremy Hunt. Receiving only one-third of the vote in the Conservative leadership election, Hunt witnessed the purging of his and former Prime Minister Theresa May’s loyalists from the Conservative Party.

Johnson, like Brexit Party leader Nigel Farage, favors a no-deal “hard exit” for the United Kingdom from the European Union. It does not matter to Johnson, Farage, and their supporters how the rashness of this policy will affect the British economy, British workers, and the stability of Northern Ireland’s border with Ireland.

Like his political doppelganger in Washington – Donald Trump – Johnson is an inveterate liar and fabulist. Johnson was fired from The Times of London for fabricating a quote that appeared in a front-page story. Johnson also concocted stories for his second newspaper, The Daily Telegraph. In 2004, Johnson was fired by Conservative Party leader Michael Howard after he lied to Howard about an affair with a columnist for The Spectator. Johnson continued to lie while he served as the mayor of London.

Johnson’s purge of the Conservative Party hierarchy and his appointment of his sycophants to top Tory party and government positions is not much different than Trump’s own purge of “Never Trumpers” from the Republican Party.

Johnson also mirrors his political twin across the Atlantic in being an avowed racist. Johnson has called Africans “picaninnies,” stated that Africans have “watermelon smiles,” called a group of young black singers “AIDS-ridden choristers,” and sees centuries of British colonial rule in Africa has being governed by a series of “big white chiefs.” Johnson pines for the days of the British Empire and his post-EU strategy for Britain is to attempt an economic trading bloc recreation of a British-dominated Commonwealth of Nations.

Johnson’s prorogation of Parliament for five weeks was intended to forestall any move to put political brakes on the United Kingdom’s hard exit from the EU scheduled for October 31. Even if a majority of the House of Commons voted to curb Johnson’s government’s enthusiasm for a hard Brexit on October 31, chief Brexit minister Michael Gove suggested that Johnson’s government might simply ignore any legislation passed by Parliament.

Prorogations of Westminster have occurred in the past, but only for brief periods of time, usually less than a week, and normally before snap or scheduled general elections. Opposition Members of Parliament see Johnson’s move differently, with some calling it a “coup” and others likening it to the 1933 Reichstag fire in Germany that spelled the end for the Weimar constitution and even King Charles I’s prorogation in 1628 that introduced Charles’s “Personal Rule.” Former British Prime Minister John Major, who opposes Brexit and prorogation, reminded Johnson of what befell Charles I for his act. After Oliver Cromwell’s republican forces defeated Charles I, the king was found guilty of treason and was beheaded.

While no one currently is demanding “off with his head” when it comes to Johnson’s prorogation, there are a number of court battles taking place throughout the UK to declare Johnson’s actions null and void. One argument is that Johnson and the Privy Council, led over by the pro-Brexit Lord President Jacob Rees-Mogg, lied to Queen Elizabeth II in receiving her Royal Assent for prorogation. Opponents of proroguing Parliament are arguing before the courts that Johnson and Rees-Mogg failed to inform the Queen of widespread cross-party opposition to prorogation by a majority of Parliament.

The prorogation order leading to a hard Brexit was condemned by Conservatives who favor remaining in the EU, as well as by officials of the Labor; Liberal Democrats; Green; Scottish, Welsh, Manx, and Cornish nationalist; Change UK, Northern Ireland Social Democratic and Labor, and Sinn Fein political parties. John Bercow, the Speaker of the House of Commons stated, “We cannot have a situation in which Parliament is shut down. We are a democratic society and Parliament will be heard,” adding, “I will fight with every breath in my body to stop that happening.” Some opposition MPs toyed with the idea of Parliament locking themselves inside the houses of Westminster, while others called for Parliament reconvening in another location.

As Johnson and his allies dug in, it was more apparent that their “base” only consists of white nationalists in the south of England who followed the extremist policies of Johnson, Farage, and English Defense League neo-fascist founder Stephen Yaxley-Lennon, also known as “Tommy Robinson.”

The political right-wing in British-style parliamentary governments are fond of proroguing parliament to achieve their objectives. In 2008, the Canadian Liberal Party and the social democratic New Democratic Party (NDP) decided to take advantage of the ruling Conservative Party’s minority status to announce a deal to form a coalition government and replace the Tories led by Prime Minister Stephen Harper after a successful no-confidence vote in parliament. Although the Tories had increased the number of their seats in the October 14, 2008 election and held a plurality in Parliament, they were still in a minority rule status. The proposed Liberal-NDP coalition had the parliamentary support of the Bloc Québécois and the political support of the Green Party.

Just prior to holding a no-confidence vote, Harper received Royal Assent from Governor General Michaëlle Jean to prorogue Parliament until late January 2009. Essentially, Harper did what Johnson decided to do – prorogue parliament prior to it holding a no-confidence vote in the government. In either case, the decisions by Jean and Queen Elizabeth were undemocratic moves by monarchical anachronisms. Opinion polls in Canada showed majority opposition to the prorogation with a majority also favoring a new national election. The Conservatives, under the leadership of Andrew Scheer, are attempting to oust the Liberal government of Justin Trudeau in the October 2019 general election. Scheer is seen as a political puppet of former Prime Minister Harper.

The political right in the nations of the Commonwealth have relied on “King’s contrivances” like prorogation and dismissals by Governors General acting with the authority of the British monarch. This was the case in 1975 in Australia when Governor General John Kerr dismissed Labor Prime Minister Gough Whitlam and his entire government and appointed conservative leader Malcolm Fraser, whose coalition held a minority in the Australian House of Representatives, as prime minister. It was later discovered that Kerr had been on the payroll of the Central Intelligence Agency and that Secretary of State Henry Kissinger worked closely with CIA deputy director Vernon Walters to stage a “constitutional coup” against Whitlam, who Washington viewed as too friendly to the Soviet Union, China, North Korea, and other socialist nations. In 1989, the CIA’s fingerprints were found on a New Zealand Labor Party internal rebellion against Labor Prime Minister David Lange. The George H. W. Bush administration had grown tired of Lange’s insistence on banning US nuclear-powered and nuclear-armed naval vessels from New Zealand waters, triggering a severance of intelligence links between Wellington and Washington. Lange was forced to resign as prime minister.

Along with Westminster style government, the legacy of the British Empire has also seen the power of prorogation of legislative assemblies being used in republican forms of government within the Commonwealth. Under successive governments, including the current government of Prime Minister Narendra Modi, state legislatures have been prorogued, the latest being the prorogation of the legislature of Jammu and Kashmir. In fact, direct rule from New Delhi, along with prorogation of state legislative assemblies, has occurred in every Indian state, with the exception of Chhattisgarh and Telangana. In 2018, the president of Sri Lanka prorogued Parliament. On many occasions, Trump has stated that he has an “absolute right” to curb the constitutional powers of the US Congress.

Prorogation and other “King’s contrivances” practiced in the former realm of the British Empire have come back to haunt the “mother country,” Great Britain, in an extremely undemocratic way.

0 thoughts on “When Rogues Prorogue Parliament”