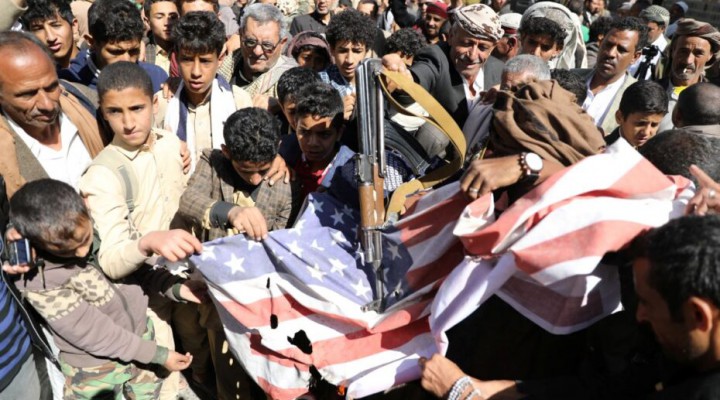 The bigger concern of Biden and Blinken seems to be damage limitation to America’s bloody image, and also doing a big favor for Israel.

Antony Blinken, the newly-appointed US top diplomat, has announced a pause in arms sales to Saudi Arabia and the United Arab Emirates out of apparent concern over American weapons being used in prosecuting the horrendous war in Yemen.

Blinken was confirmed by the Senate for the post of Secretary of State this week. One of his first moves in taking up the post has been to call a halt to arms deals with Saudi Arabia and the UAE which the previous Trump administration had cut.

There’s been growing bipartisan concern in the US Congress that American weaponry has been deployed by the Saudis and Emiratis in their war on Yemen. Trump ignored all appeals to halt arms sales.

That war has resulted in the world’s worst current humanitarian crisis with millions of Yemenis facing starvation amid mounting evidence of atrocities against civilians from Saudi and Emirati air strikes.

The US, along with Britain and France, are implicated in the horror because these countries have supplied warplanes and missiles to the Arab coalition attacking Yemen.

The move by the new administration of President Joe Biden to suspend arms supplies to Saudis and the Emiratis is to be welcomed. But there is nothing to commend here. It is long overdue.

During Senate hearings last week, Antony Blinken vowed to restore America’s international image, which has been tarnished by former President Donald Trump and his bumptious Secretary of State Mike Pompeo. The new administration will endeavor to burnish America’s presumed (and grossly overrated) image as a beacon for human rights and rule of law, and lead by the “power of example”.

It’s therefore plausible that Biden and Blinken are motivated not so much by the suffering of Yemen’s people, but rather more by the urgent need to rehabilitate Washington’s reputation.

The involvement of American military in Yemen is completely beyond the pale. There is no credible justification for supplying weapons to enable this genocidal slaughter. Citing allegations of Iranian proxy support for Houthi rebels is as contemptible as it is lacking in credibility. Those allegations have always been a cynical pretext for launching a war of aggression on Yemen, the poorest country in the Arab region, but strategically situated straddling the Red Sea and Indian Ocean.

So stopping the flow of American weapons to the belligerent Saudi and Emirati regimes is hardly a difficult, moral decision. It’s the very least Washington should do to get this horror to stop.

There are other reasons why the Biden administration’s decision on arms transfers over Yemen are hardly commendable.

It was the Obama administration which enabled the Saudi-led war on Yemen beginning in March 2o15. Joe Biden was vice president in that administration and Antony Blinken was the deputy secretary of state. Indeed Blinken was a key supporter of supplying weapons to the Saudis and Emiratis in their unprovoked war of aggression.

Now these same people are posing as wiser, more humane heads by calling off the dogs of war, which they previously unleashed on Yemen.

Here’s another reason to refrain from applauding the Biden administration’s decision to pause arms sales to Saudi Arabia and the UAE.

During his Senate confirmation hearings, Blinken made it clear that the Biden administration will confer closely with the Israeli state on all its Middle East policies.

One of the big-ticket arms deals cut by the Trump administration was the sale of F-35 stealth fighter jets to the UAE worth around $23 billion. This was part of the quid quo pro of the UAE making its supposed historic peace deal with Israel last year. However, the Israelis let it be known at the time that they objected vehemently to that sale of advanced weaponry.

The F-35s to the UAE are part of the Biden administration’s suspended arms sales.

That prompts suspicion that President Biden and his fervently pro-Israeli top diplomat Tony Blinken are not entirely motivated by suffering in Yemen. They started it and are responsible for the catastrophe nearly six years in the making.

Their bigger concern seems to be damage limitation to America’s bloody image, and also doing a big favor for Israel.