HOME / WORLD / The results of the Gaza war: Palestinians to confront the “Greater Jihad” 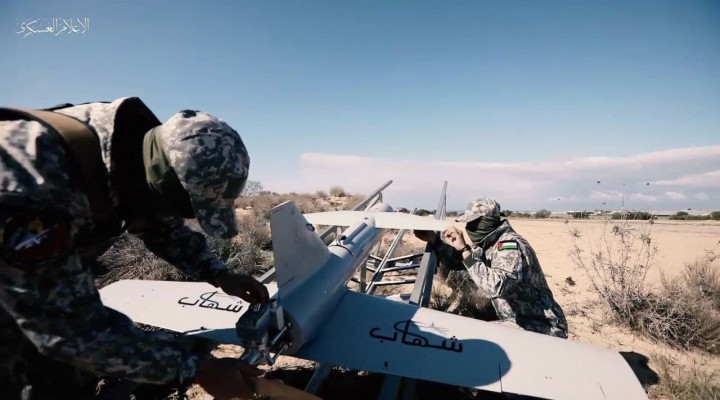 The effects of the fourth Israeli war on Gaza are not expected to come to an end: they will express themselves as consequences across many countries and organisations. Consequently, multiple parties consider themselves victorious, mainly those within the “Axis of the Resistance” (in Palestine, Lebanon, Syria, Iraq and Yemen). Others, like Israel, the US, the EU, Saudi Arabia and the United Arab Emirates will begin countering Hamas’s victory and undermining its position in Palestine. There is little doubt that significant challenges are due to confront the Palestinians in different areas. The “Greater Jihad” has begun.

Israel has demonstrated its destructive power in every war it waged against Lebanon and Gaza. In all four wars on Gaza in 2009, 2012, 2014 and 2021, Israel destroyed civilian installations, infrastructure, civilian homes and a hugely significant number of victims among the civilian population. Israeli officials said they wiped out Hamas’s rocket force in each battle, killed many Hamas officials, and destroyed most of the missile stores. In every struggle, the Palestinian Resistance showed tactical military ability, more significant stockpiling, higher intensity of firing and new long-range missiles, than in any war that preceded it. In each of these wars (including when Israel is not at war with Gaza), the United Nations said war crimes were committed, but no further action was taken.

Israel claimed that it destroyed the Gaza tunnels, but this is what no one can see and verify. Israel said that Hamas asked for a ceasefire agreement. However, Prime Minister Benjamin Netanyahu stated that US President Joe Biden had imposed it on him and that the cabinet including the chief of staff, the Shin Bet chief, the Mossad head, and the head of the National Security Council decided an unconditional ceasefire. This indicates that Netanyahu needed a collective decision so as not to be blamed alone at a time of domestic political accountability.

In this last war on Gaza, Israel’s bank of objectives of high-profile militants did not alter the reality that several Israeli cities were bombed for the first time, the intensity of the rocket and missile launches did not change from the first to the last day and that Israel has achieved considerable destruction without destroying Hamas’s capabilities. Gaza rockets were the first to start hitting Jerusalem and Tel Aviv, surprising the Israeli officials who choose to pour their anger against the civilian population, mainly due to the Israelis’ poorly identified bank of objectives.

An Israeli pilot revealed to Israeli Channel 12 – during interviews with several Israeli pilots who participated in the bombing of nine multi-storey residential buildings, including the building that housed foreign media outlets (Associated Press) in Gaza – that Israel’s bombing of high-rise buildings in the Gaza Strip was a way to vent frustration with the failure to stop the rocket fire from Gaza.

One of the Israeli pilots said: “I went on a mission to carry out airstrikes with my feeling that destroying the (civilian) towers was a way to vent our frustration over what was happening to us and the success of the groups in Gaza in kicking us. We failed to stop the rocket fire and harm the leaders of these groups, so we destroyed the towers.”

Netanyahu claimed that he had inflicted severe damage to Hamas. However, the local Israeli authorities actually ceased the expulsion of Palestinian residents of the Sheikh Jarrah neighbourhood in Jerusalem. They prevented the non-resident Jews from accessing it or creating havoc. Moreover, for twenty days, Jews were prevented from accessing the Al-Aqsa area, unlike the Palestinian protesters allowed to be there and hold prayers at the holy mosque.

The first Hamas rocket that fell on Jerusalem and Tel Aviv ignited the Palestinians in Akka, Lod, Ramla, the Negev, Galilee, and Wadi Ara. They supported the Palestinian Resistance and rose as it had not risen since 1949 when Israel destroyed 400 Palestinian villages and succeeded in its most significant ethnic-cleansing act against the Palestinian population. The Palestinian reaction was triggered by the accumulation of injustice, abuse and murder without accountability and world intervention or condemnation to stop Israel.

Gaza missiles struck the Israeli military bases of Hatzor, Hatzerim, Palmachim,  Rehovot, Nevatim, Tel Nof, and the southern army base of Ramon. Israeli cities and Ben Gurion Airport were closed, international flights were suspended, and the war caused daily losses of no less than 100 million dollars to the Israeli economy and military equipment used, with a total expense of more than a billion US dollars. Israel clearly did not have any strategy for the war but instead went from reaction to destruction. Israeli cities, settlements, and military bases were bombed with Iranian missiles. The Resistance with Iran sent missiles with the words “Sakht Iran” (Made in Iran). With this “message”, Iran and Gaza told Prime Minister Netanyahu that his thousand raids on Syria in the last ten years had been abundantly replied to with 4,300 strikes in ten days.

To the “Axis of Resistance”, many achievements were registered in this last war on Gaza. The first came from the Syrian President Bashar Al-Assad, who welcomed the return of Hamas to Damascus. In the previous years, Hezbollah’s Secretary-General Sayyed Nasrallah had repeatedly tried to reach out to convince Assad to pardon Hamas to no avail. Assad responded that “the wound is deep”, referring to Hamas’s involvement alongside the Takfiri in the killing of Syrians for many years.

On the Hezbollah side, Sayyed Nasrallah deliberately kept away from giving a speech or declaring any involvement or plans during the ongoing war to avoid diverting the attention from what was happening in Gaza. Moreover, Hezbollah tried to distance itself from officially adopting any attack against Israel from the Lebanese borders during the war so that Netanyahu doesn’t grab the opportunity to call for international support and divert the focus away from the killings his army committed in Gaza. Israel closed an eye, and Hezbollah sent a message that its direct involvement was not excluded. Hezbollah’s intervention would have stimulated and provoked US support of Israel. However, the Israeli internal front would have collapsed. Israel proved unready to face one single war and far from able to sustain a war on multiple fronts. For the “Axis of the Resistance”, it was necessary for western, Arab and Palestinian population support to remain focussed on one single goal and cause.

The “Axis of the Resistance was able to demonstrate its cohesion and transfer of its expertise when a drone – coming from Iraq – violated Israeli airspace. According to sources, the drone photographed important military sites and transferred its coordinates to Gaza and returned safely to the place of its launch: similar to the Iraqi Resistance to the Israeli strikes against it while Donald Trump was in power when a drone entered Israeli airspace without being detected by Israeli radar.

Another member of the “Axis of the Resistance”, Iran, refrained from issuing confrontational statements during the war. The Iranian leaders came out vocally only after the ceasefire was announced. Any attempt to divert the attention away from Gaza was avoided.

The harmony and success of the “Axis of the Resistance” were possible because its members are the legitimate owners of their territories in Palestine, Lebanon, Syria, Iraq and Yemen.

The Gaza war has taken away the dream of “Greater Israel” and its expansion outside Palestine. Although Israel is built on wars and always thinks about expanding, future battles will be fought with the use of aircraft, drones and guided artillery, far from ground occupation. Israel is undoubtedly the strongest army in the Middle East. However, it is incapable of preventing its enemies from acquiring advanced military technology and missile capability to hit its domestic fronts, its airports, military bases, harbours and gas and oil platforms.

Gaza was able to sustain the launch of 150 to 200 rockets a day throughout the eleven days of war. However, the Lebanese Hezbollah has prepared to launch a thousand rockets and missiles daily. These are far from the Israeli capability to handle. Lessons were taken from this war, which demonstrated the inability of the missile interception system – despite intercepting 90 per cent of the missiles, as Israel claimed – to deal with all rockets. Gaza flooded the Israeli interception systems with rockets to create a loophole that allows the passage of destructive and guided missiles. Israel needed time to refill its batteries and indicated its lack of abundant interception missiles to keep up for only eleven days with the relatively limited rockets launched from Gaza. The US President Joe Biden promised to refill Israel’s Iron Dome. The results would have been seriously critical had Israel been forced to confront multiple fronts from Gaza, Lebanon, Syria and Iraq.

The head of Hamas, Ismail Haniyeh, declared that it was a “strategic victory” and that the situation pertaining after “the Sword of Jerusalem” is not the same as before it. “There are new strategies to be announced, and coexistence with the enemy (Israel) is not possible”, he said.

President Joe Biden announced that America would not deal with Hamas but with the outgoing President Mahmoud Abbas, who is in power since 2005 and rejecting new elections under various pretexts. Consequently, the goal of Israel, the US, and several countries in the region (Saudi Arabia and the Emirates) is to deprive Gaza of its victory by restricting all humanitarian aid to Abbas. The Palestinian President came out as one of the biggest losers in this war. It is expected that many countries will try to break the Palestinian unity created after this war on Gaza and restore the power to Abbas. The Palestinian President believes in peaceful dialogue with Israel. At the same time, Palestinians in many cities confirmed that the Oslo agreement has been buried and that the only choice is for armed Resistance to free the territory.

Israel has killed 277 persons of which 70 children and 38 women. Over 8500 people were wounded. The Israeli bombing on civilian homes displaced more than 70,000 Palestinians in Gaza. Half of the victims of the last war were children, women and the elderly. Israel destroyed 1800 houses, 18 health centres, demolished water distribution lines for more than 800,000 people, bombed sewage drains, devastated water desalination centers, destroyed one of the two electric power supply in the city, damaged 14000 homes and forced hundreds of thousands of students to abandon their studies after destroying schools in Gaza. Most food warehouses and agriculture stocks were bombed and half of the medicine stockpile in Gaza is gone. Israel aimed to dislodge, impoverish and starve the population.

Gaza accepted these losses because the war gave a significant outcome by unifying the Palestinians and introducing a new defensive strategy (Gaza defends Jerusalem and all Palestinian cities in the future). Gaza broke the Israeli deterrence and consciousness. The war proved that normalization is useless and that the theory that Israel is invincible and that it can strike any other country is unfounded. Israel was unable to effectively defend itself. Its “long arm” has been amputated. Its missile defense system was efficient but not perfect. It did not prevent the damage to 3400 buildings, the destruction of 1,700 vehicles, the paralysis of its economy, and its failure to submit an area of ​​368 square kilometers.

However, the Greater Jihad is the most difficult one, and is to come: the preservation of Palestinian unity, a significant challenge for the Palestinian Resistance. This is in fact a much more challenging objective than the war with Israel, and will prove essential.

The results of the Gaza war: Palestinians to confront the “Greater Jihad”.

0 thoughts on “The results of the Gaza war: Palestinians to confront the “Greater Jihad””