HOME / SOCIAL/CULTURAL / How To Sabotage The Pro-Palestine Movement 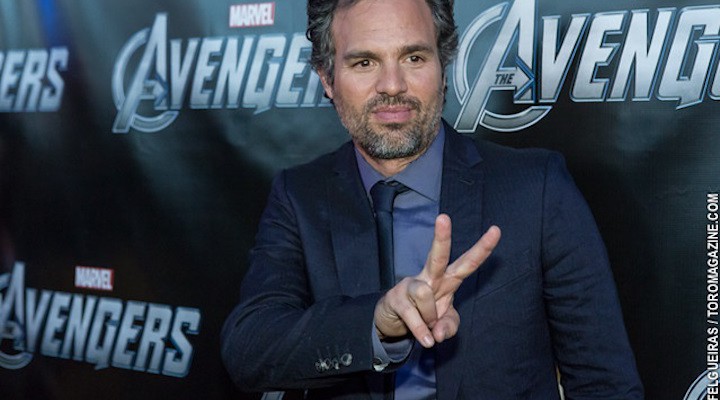 The US-centralized power alliance is losing control of the Palestine narrative as awareness continues to spread of the injustice of Israeli apartheid, and it’s one of the most interesting things happening in the narrative matrix today.

It’s very encouraging to see an entirely grassroots activist campaign get this far off the ground, where ordinary people online and in demonstrations around the world overpower an official establishment narrative by sheer numbers and force of will until the imperial media are forced to acknowledge the legitimacy of their position. Rather than waiting for the corporate media to begin covering the plight of the Palestinians in a just manner, the people simply seized control of the narrative by speaking the truth with their own voices and becoming the dominant perspective on the matter, forcing everyone else to play catch-up.

And now we see Ireland passing a parliamentary motion condemning the “de facto annexation” of Palestinian land. After the oligarchic empire expended all that effort sabotaging Jeremy Corbyn’s campaign in the UK to keep Palestinian rights from going mainstream in the western world, Israel’s own actions have sent them mainstream anyway.

This loss of narrative control is a problem for Israel, whose nature is premised upon keeping Palestinians from attaining equality which would effectively end the Jewish ethnostate. This in turn is a problem for the empire, who needs to keep the Middle East fractured, imbalanced, and as far under its control as possible so long as human civilization is dependent on fossil fuels; if it hadn’t done that the region could have seen the rise of its own global superpower decades ago, or fallen into alignment with some other power not aligned with Washington and London. The nuclear-armed military force of Israel has consistently played a key role in bashing Middle Eastern affairs into alignment with imperial interests; as Joe Biden once said, “Were there not an Israel, the United States of America would have to invent an Israel to protect her interests in the region.”

The empire spends so much energy manufacturing consent for its agendas because it absolutely requires that consent. If it becomes a focal point of mainstream attention that your government is doing something that is clearly evil and firmly against the will of the people, the public will rapidly begin losing its trust in the political and media institutions that are needed to manipulate them into compliance in this managed democracy model of society we live in.

So the managers of empire are going to have to regain control of the narrative somehow and get the public consenting to the US-centralized empire’s arm of operation in Israel again. How are they planning on doing this? Well, I know how I would do it if I were them.

I’ll start with what I would not do. If I were an imperial narrative manager trying to regain control of the Israel narrative, I definitely would not be telling all the pro-Palestine protesters to shut up and obey and get back into line. I definitely would not want the oligarchic media churning out articles and cable news segments screaming in unison that everyone must support Israel even when it kills scores of children in Gaza. That would only make things worse.

The absolute worst thing you can do to shut down a populist protest movement is push back against it. Unless you’re willing to alienate all your allies and lose the narrative war on the world stage by mowing down protesters with machine guns and throwing online dissidents into prison, opposing them will only create more resistance from them and give the protest movements more energy.

That’s why the establishment didn’t meet the Black Lives Matter protesters with opposition, but with “We hear you, we support you.” If they’d said “Silence you filthy riff raff and obey the police!” as many of them doubtless wanted to, it would have only showed people that the system is indeed unjust and their protests must continue with greater force. Instead they kept assuring protesters that they were heard and that their country’s political, media and corporate institutions fully support them, the whole time intending to do nothing whatsoever, and the protests eventually died off with the imperial police state having been left fully intact.

This validate-and-divert tactic is what the leaders of American corporate liberalism specialize in. It’s also the tactic caregivers are taught to employ in dementia care facilities. If you’ve got an agitated resident demanding to leave such a facility, the worst thing you can do is tell them no, because it will trigger a catastrophic response. What you do instead is validate their demand, assure them you’ll help them, then distract them with conversation until they forget what they were demanding a few minutes earlier.

If I were an imperial narrative manager trying to help regain control of the Israel narrative, I would employ such validate-and-divert tactics. I would not try to dismiss people’s concerns about the oppression and murder of Palestinians, I would validate those concerns. I would get on their side. I would insert myself into the conversation by condemning Israeli apartheid abuses and calling for Palestinian freedom. And then, once I was a part of the conversation, I would begin working to make the conversation about anti-semitism instead.

It wouldn’t take much. Just a step back from my Palestine advocacy to say “Oh, hang on, this rise in anti-semitism is very concerning, can we pause and fix this please?” And just like that I’ve knocked a lot of the momentum off of the movement and taken the conversation in a very different direction that will never reach any kind of resolution.

Over 30 children killed. Mothers dead. Hundreds injured. We are on the brink of a full-scale war. Sanctions on South Africa helped free its Black people – it’s time for sanctions on Israel to free Palestinians. Join the call. #GazaUnderAttack https://t.co/N72e0xLvX5

I have reflected & wanted to apologize for posts during the recent Israel/Hamas fighting that suggested Israel is committing “genocide”. It’s not accurate, it’s inflammatory, disrespectful & is being used to justify antisemitism here & abroad. Now is the time to avoid hyperbole.

Actor Mark Ruffalo did a lot more to help restore the pro-Israel narrative by first opposing Israeli apartheid and then apologizing and saying his statements were being “used to justify antisemitism” than he ever could have done by just siding with Israel from the beginning. He gained a sympathetic ear from those who support Palestinian rights and then piped that drivel right into their brains, while giving virulent Zionists a narrative weapon to uphold with an “It’s good to admit when you’re wrong! I hope everyone can learn how wrong such statements are!”

I am not Jewish, so I have no perspective on the claim that Israel supporters use claims of anti-semitism in bad faith whenever there’s a need to regain control of the narrative. But there are plenty of Jewish people who do say so, including journalist Max Blumenthal who has a good article out on the way imperial spinmeisters have been falsely framing altercations at Palestinian rights demonstrations as anti-semitic hate crimes, as well as Israeli filmmaker Yoav Shamir, American political scientist Norman Finkelstein, and the Anti-Defamation League’s own records of supposed “anti-semitic” incidents during demonstrations.

Im looking through this ADL tracker (the main source of the claim that “antisemitic incidents” have been on the rise, conveniently since Israel’s brutal assault on Gaza), and most of them are just stuff like this lol pic.twitter.com/uSKZ1DyV5k

This is not to suggest that anti-semitism isn’t real or doesn’t occur, just that attempts to spin it as something that has suddenly become a surging epidemic which needs to be made the new area of focus are made in bad faith. This narrative is being uncritically shoved through with increasing urgency, and if you say that attempts to turn the pro-Palestinian conversation into a stop anti-semitism conversation are cynical and manipulative you can find yourself targeted by some of the most influential people in the world.

Palestinian-American comedian and activist Amer Zahr is an ordinary citizen with just 14 thousand followers on Twitter, yet when he tweeted a short video telling Palestinian rights activists to stop letting bad faith actors derail the conversation into a bottomless pit of apologies and denunciations that will never be enough, he was angrily quote-tweeted by the likes of Senator Ted Cruz and CNN’s Jake Tapper, and two Fox News smear pieces were written about him.

This was from Saturday, after numerous acts of Jews being physically assaulted in the U.S.: https://t.co/Fj8FEiZgYq

So this is a bit of a touchy area for the imperial spin machine.

You don’t kill a protest movement with force and opposition, you kill it by sapping its energy using bad faith diversions, tone policing and concern trolling while pretending to support justice. I leave it to Palestinian rights activists to discern as individuals when that is happening on a case-by-case basis, but if the energy’s going to get sucked out of the movement, that’s probably the exit it will slip out through.

0 thoughts on “How To Sabotage The Pro-Palestine Movement”