HOME / WORLD / Syria: Russia challenges the US through the Levant Gate 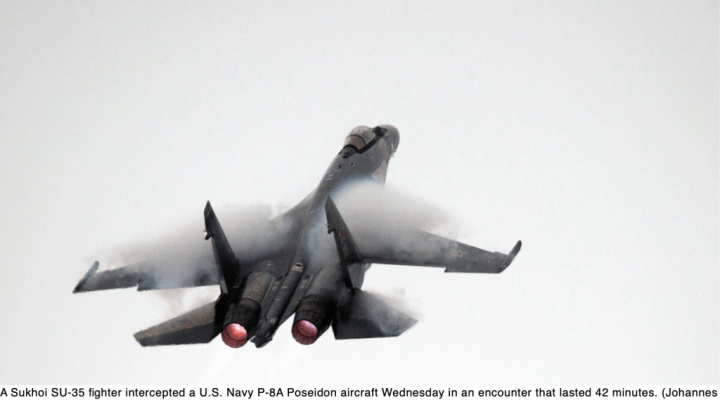 In 2011, a significant Western-Arab coalition joined together and invested huge finance, media support and military resources in attempting to topple the Syrian President Bashar al-Assad. For this purpose, the alliance had established military operating rooms where US, British, Turkish and Arab intelligence services were established in northern Syria, Jordan and Turkey to prepare for the post-Assad stage. But this President had already refused any concessions to US Secretary of State Colin Powell when he visited him in 2003 after the occupation of Iraq. Two years after the beginning of the war, the Syrian President asked his allies in Iran and Lebanon (and then later on Russia) for help for each of them to preserve their interests, strategic goals and obligations with their Syrian partner. The Russian military intervention came in September 2015. It was due to several factors: while the Iranian and allied forces dominated the ground, the troops of Moscow were needed to dominate Syrian airspace, and this turned the tables on the Arab – international coalition. Has the situation changed today for President Assad, now that most parts of Syria have been liberated? What does Russia want: control of the Levant and the removal of Assad?

President Hafez al-Assad and his son Bashar did not offer concessions on the Golan Heights, and refused to reconcile with Israel: they would not give up Syrian territory in return for a peace deal. Many years later, President Bashar al-Assad refused to hand over the head of Hamas and “Hezbollah” as he was requested to do by the US in 2003, 2008 and even 2018. During the Syrian war, the United Arab Emirates mediated for a US delegation to visit Damascus in a proposal to end the war and rebuild what was destroyed in Syria in exchange for expelling Hezbollah, Iran and Russia from the Levant.

At the outbreak of the Syrian war in 2011, Russia was not ready to emerge from its self-imposed hibernation and kept on ice its international and Middle Eastern role. The then Russian President Dmitry Medvedev allowed NATO to destroy Libya in 2011. However, in 2015 when President Vladimir Putin was in power, the screws were tightened on Syria’s allies in the vast Syrian countryside with the deployment of tens of thousands of jihadists and militants financed and trained by dozens of western and Arab countries. The Iranian Major General Qassem Soleimani travelled to Moscow and was able to persuade President Putin to send his planes to the Levant to defend Russia’s interests (naval base in Tartous that the jihadists threateneded to remove) and its Syrian ally.

Since that date, Western and Arab media have not stopped mocking Russia’s military capabilities. Western think tanks hoped that Russia would fail, and predicted its descent into the Syrian quagmire. When Russia proved its efficient air superiority (Iran was committed to securing ground forces to follow through the Russian airstrikes), reckless analysts claimed, in a mirror image of the US intentions, strategy and wishful thinking that Russia wanted to remove President Assad and impose whoever it wanted because Moscow has become the dominant force in the Levant.

And when this theory is exhausted, another naive approach begins, that there is an American-Russian understanding in Syria to displace or marginalise President Assad. Naturally, those – who have spent nine years believing, promoting and foretelling the fall of President al-Assad and the government of Damascus every month or every year – are in a permanent state of wishful thinking. They ignore what the former Qatari Prime Minister Hamad bin Jassem said when he bravely admitted defeat: “the [quarry] has escaped the trap, and the time has come to acknowledge the reality of our defeat”, he said.

Leading sources within the “Axis of the Resistance” in Syria said “there is no Russian-US understanding, but a clear challenge to Washington’s influence in the Middle East. Russia is harassing US planes, approaching these at a critical distance. Russia aims to be granted Assad’s approval of expanding Hmeimim airport, its Tartous naval base and to create more static bases in northern Syria. Russia has decided that the Middle East is part of its strategic interests for confronting the US forces that are based in the Middle East and Europe. It is only possible for Russia to survive in the Levant if it establishes a strategic relationship with President Assad, Iran and its allies. Iran’s allies take every opportunity to challenge the authority of the US in the Middle Eastern region, which falls perfectly well within Russia’s objectives. “

Since Russia decided to engage within the Syrian arena, its leadership was nevertheless concerned about falling into the Middle East quagmire. Thus, it has depended on Iran and its allies to restore power to President Assad over all the Syrian occupied territories. Therefore, Russia has no intention to earn the hostilities of the Sunni jihadists as well as confronting Shia and Alawites in an unpredictable war of attrition. If this happened, Russia would be facing another 1981-Afghanistan war, an “objective” contrary  to Putin’s plan to establish himself in the Middle East. It is essential to add that Russia does not control the land or need an army to spread, protect, or even start a new costly war, after seeing the confirmed capabilities of Syria and its allies in the battlefield throughout the years of the Syrian conflict.

“Russia has promised to modernise the Syrian air fleet and the defensive-offensive missile capability of the Syrian army. Furthermore, Moscow will invest in rebuilding part of the Syrian infrastructure projects, mainly in the field of energy. In exchange, Russia will expand its combat capability to confront the US and NATO. The Syrian President is dealing with the Russian President as a strategic ally even if Russia has allies – such as Israel – that are the enemies of Syria. Russia has decided to cooperate with several Middle Eastern countries, and this means that it wants strong allies in Syria, Lebanon and Iraq. That could only be possible through its relationship with President Assad and with Iran, a strong and influential position in their respective countries,” explained the source.

President Putin has assigned the Ministries of Foreign Affairs and Defence to negotiate with the Syrian state on expanding the military presence and deployment in other bases because Russia certainly does not wish to move away from the Middle East. American unilateralism has ended its era, and Russia’s new robust position in Syria and Libya has created a gap in ​​the NATO area of influence. Russia is no longer passive but, with its positioning, has moved to the confrontation phase. Hence, the expansion of the Russian strategic positioning has little to do with the continuity of President Bashar al-Assad in power. And Assad has decided to hold the forthcoming presidential elections notwithstanding the international attempt, which includes the United Nations, to prevent the return and vote of the Syrian refugees from nearby countries.

Russia believes the US is weak now. Therefore, it should take advantage of President Donald Trump’s domestic struggle and the challenge he is facing in the coming months when the elections will be knocking on US doors. Russia would like to take advantage of this opportunity to progress on the Middle Eastern front, and thus establish a robust position in the warm waters of the Mediterranean.

President Trump is struggling domestically due to the mismanagement of the “Coronavirus” pandemic and the large number of Americans finding themselves jobless. Furthermore, for more than a week, he is facing a real challenge to his ruling based on his provocative response to state-sponsored racial discrimination. He is in crisis with China and Russia. He has to swallow Iran’s challenges: not only has it bombed the largest US base in Iraq, but also violated the US sanctions on Venezuela by sending five oil tankers and spare parts to repair the refineries. The US president is showing severe weakness on several fronts and has managed to draw together both the Russian bear and the Chinese dragon to confront him. A new and solid strategic alliance – not a blind alliance – between Russia, China, Iran, Syria, and its allies in the Middle East is picking up and is challenging the US hegemony.

President Putin has appointed a special envoy as a go-between him and President Bashar al-Assad so that there is no hindrance between messages, agreements, and quick decisions that must be taken or to remove any obstacles as quickly as possible. It is the era of partnership between allies, not the age of domination and bullying or dominance, in contrast with the style of America’s usual dealings with the Middle East. The Middle East is living a new era: a balance has been created which was missing for decades.

Syria: Russia challenges the US through the Levant Gate.

We should applaud the Syrian military’s actions in Idlib, not deplore them

0 thoughts on “Syria: Russia challenges the US through the Levant Gate”