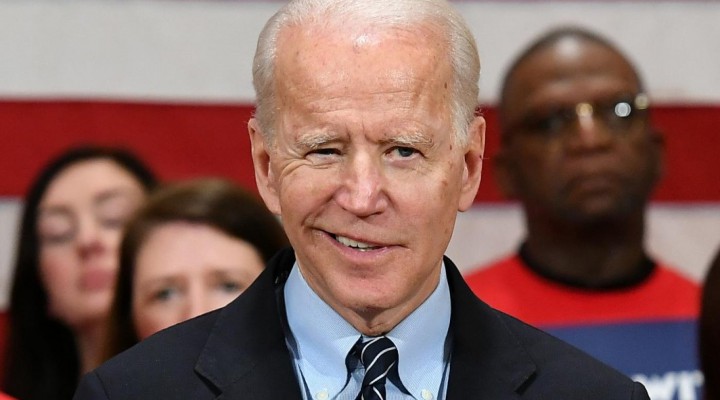 In laying out his foreign policy vision, the former vice president sticks to the outdated notion of the US as an ‘indispensable nation’

Super Tuesday surprisingly raised former US Vice President Joe Biden’s presidential ambitions. Then on Tuesday, he scored another remarkable win in Michigan and three other states putting him closer to the Democratic nomination.

It may therefore be useful to better understand what kind of foreign policy a Biden presidency would deliver. In a long essay recently published by Foreign Affairs, Biden outlined his vision.

Compared with what US President Donald Trump has presented to the international community, Biden’s manifesto seems heartening and reassuring. He uses the right words and statements about US foreign policy, which the “international community” has sought from Washington over the last three years.

He offers reassuring commitments on climate change, mass migration, technological disruption, infectious diseases and combatting authoritarianism, nationalism and illiberalism. He vows to “take immediate steps” to renew US alliances and “strengthen the coalition of democracies that stand with us around the world”.

In line with former President Barack Obama’s proclaimed – though unfulfilled – resolution that nation-building starts at home, he stresses that the ability of the US “to be a force for progress in the world and to mobilize collective action starts at home”.

He also vows to propose a law “to strengthen prohibitions on foreign nationals or governments trying to influence US federal, state, or local elections”, seemingly aimed at alleged Russian interference – but let’s hope it would also deal with the real Israeli interference.

But as in every foreign policy manifesto, the real concern lies in what is missing. In the theatre where US leadership has been damaged the most, the Middle East, Biden’s vision is poor on details.

There is a welcome, although too generic, commitment to end the “forever wars” in the region; the will to provide a more narrowly defined mission in defeating al-Qaeda and the Islamic State; and a call to stop supporting the Saudi-led war in Yemen. But Biden’s claim to struggle against authoritarianism unfortunately does not mention problematic allies, such as Saudi Arabia and Egypt.

On the two conflicts that have been ravaging the region for almost a decade, and where US policy bears significant, although not exclusive, responsibilities – Syria and Libya – Biden does not utter a single word. The same goes for the most unfair policy act in the region that the Trump administration has carried out: the proposal to settle the Israeli-Palestinian conflict entirely in Israel’s favour.

Even on the landmark achievement of the Obama administration, the nuclear deal with Iran, Biden uses ambiguous language: “Tehran must return to strict compliance with the deal. If it does so, I would rejoin the agreement and use our renewed commitment to diplomacy to work with our allies to strengthen and extend it, while more effectively pushing back against Iran’s other destabilizing activities.”

Firstly, this inverts the sequence of responsibilities, suggesting that the US withdrew from the deal because Iran stopped its compliance – when the reality is exactly the opposite. Iran began progressively reducing its compliance with the deal a year after Washington’s withdrawal, a move worsened by the European signatories’ passivity, appeasement and sometimes support for the US position.

Secondly, Biden’s call to “strengthen and extend” the deal implicitly lends credibility to Trump’s criticisms of the agreement, while reaffirming the US mantra on Iran’s “destabilising” activities with no attempt to contextualise these within current regional dynamics.

This approach suggests that the mistaken US analysis of Middle Eastern problems – ie, that they are all related to Iran – would continue with a Biden presidency.

The problems with Biden’s foreign policy are not limited to the Middle East. His country’s most important global partner, the European Union, is mentioned only once.

If the international community is hoping for a major decrease in international tensions, a Biden presidency may disappoint. He promises to “counter Russian aggression” and “impose real costs on Russia for its violations of international norms and stand with Russian civil society … against President Vladimir Putin’s kleptocratic authoritarian system”. In other words, a policy bordering on regime change in Moscow.

As for China, Biden’s vision narrowly frames it as a challenge that keeps “robbing the United States and American companies of their technology and intellectual property … [and] using subsidies to give its state-owned enterprises an unfair advantage – and a leg up on dominating the technologies and industries of the future”.

It is surprising that such an unsophisticated and rough analysis could be the intellectual byproduct of the numerous mainstream foreign policy advisers surrounding the former vice president. Although Biden has correctly identified the need to put things back in order at home if the US wishes to lead again, he appears to have drawn the wrong conclusions about China’s rise.

China’s ascendancy is not due to Beijing’s fraudulent behaviour, which still exists to a certain extent, but to the simple fact that over the last three decades, Beijing has massively invested in research and infrastructure, while Washington has not. The US has privileged harmful speculative-finance and regime-change campaigns, producing endless and astronomically costly wars. Sooner or later, the bill for such reckless choices was going to come.

The essential problem of Biden’s and the Democratic Party establishment’s foreign policy vision is that it sticks to the outdated notion of the “indispensable nation”, according to which we will “once more have America lead the world” as “a force for progress”. This position is combined with the equally mistaken belief that the US, the most powerful nation in history, must prioritise keeping itself safe.

It is increasingly depressing that in the 21st century, the leading Republican and Democratic candidates remain attached to the anachronistic and unsubstantiated belief that the US faces all sorts of external threats (Russia, China, Iran, terrorism, authoritarianism, unfair trade practices, etc), when the evidence shows the real threats are within its own borders. External threats are often the result of clumsy decisions taken inside the Beltway.

It is time to change this outdated vision about the US and its role in the world. It is highly doubtful, however, that Biden – with all his heavy baggage – will do this.