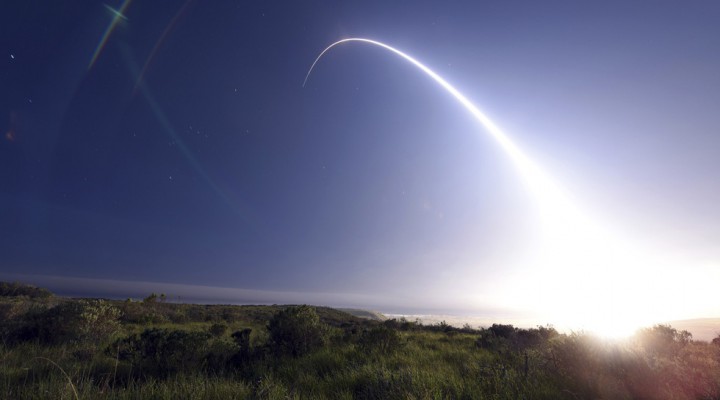 The New START Treaty is set to expire in February 2021. The US insists that China be brought into any new agreement; Russia insists that any new talks include NATO nukes. The likely result is no deal and a dangerous new arms race.

The last remaining vestige of Cold War-era arms control agreements between the US and Russia — the New START Treaty — will expire in February 2021. For its part, Russia has been seeking US concurrence in invoking a provision of the treaty which allows for an automatic five-year extension of the agreement without the need to seek any further legislative ratification. The US has balked, indicating that the Obama-era treaty, dating back to 2010, does not include China, and as such places the US at a strategic disadvantage (the US used similar logic to justify its withdrawal from the Intermediate-Range Nuclear Forces — or INF — Treaty.)

Both the US and Russia are engaged in the early stages of developing new strategic nuclear weapons to replace older systems. These weapons, which will cost trillions of dollars to develop and deploy, are with few exceptions still many years away from entering into service. A five-year extension of New START would provide both nations time to reach an agreement which responsibly addresses the need for strategic nuclear force modernization while continuing the past practice of seeking additional cuts in their respective nuclear arsenals.

Void of an extension of New START, both Russia and the US will enter a dangerous period where recrimination and mistrust, rather than verification-based trust and a spirit of mutually beneficial disarmament, govern relations. Lacking the insights into one another’s nuclear forces enabled by treaty compliance verification mechanisms, both Russia and the US will believe the worst of the other, and field new weapons designed to counter a worst-case scenario. This will lead to an expansion of strategic nuclear weapons, at a cost neither side can afford in this day and age of post-coronavirus economic difficulty.

Not the man for the job

Complicating matters further, President Trump has appointed Marshall Billingslea as his new Special Envoy for Arms Control. Previous negotiations with the Russians regarding New START were conducted by Andrea Thompson, who served as the Under-Secretary for Arms Control and International Security until her departure in October 2019, and Yleem Poblete, who served as the Assistant Secretary for Arms Control, Verification, and Compliance until her resignation in June 2019. Trump’s decision to appoint Billingslea to the newly-created position of Special Presidential Envoy for Arms Control sidesteps the need to fill the two Senate-confirmed positions previously held by Thompson and Poblete which have been unfilled for six and 11 months respectively, with President Trump failing to nominate anyone to fill them.

Billingslea’s previous government experience includes working in the Pentagon under George W. Bush where he was involved in the implementation of so-called “enhanced interrogation techniques”— torture, by any other name. After a stint in the private sector during the Obama presidency, Billingslea joined the Trump administration in April 2017 as a senior Department of Treasury official responsible for tracking down terrorist-affiliated finances.

Despite his lack of any arms control experience, President Trump made Billingslea responsible for, among other things, heading up arms control negotiations with both Russia and China where he will be charged with “seeking a new era of arms control that moves beyond the bilateral treaties of the past.” In short, Billingslea is not tasked with seeking an extension of the New START Treaty, but rather negotiating an altogether new treaty vehicle inclusive of both Russian and Chinese strategic nuclear weapons. This is nothing less than a mission impossible, given that the Chinese have publicly stated that they have no interest in entering into any such discussions. “It is well known that China follows a defense policy that is defensive in nature,” a Chinese foreign ministry spokesperson said. “Our nuclear force is always kept at the minimum level required by national security, with an order of magnitude difference from that of the US and Russia.”

China’s intransigence runs counter to the official US position, most recently articulated in a State Department report sent to Congress regarding Russian compliance with the New START Treaty. While the report finds that Russia is complying with its treaty obligations, the treaty does not cover enough Russian strategic systems, including several that have been previously announced by President Putin, and leaves China to operate with no restrictions in terms of the size and scope of its strategic nuclear arsenal. “The administration is seeking arms control that can deliver real security to the United States and its allies and partners, and has not yet made a decision on whether and how the extension of the New START Treaty will be an element of that effort,” the report noted.

For its part, Russia has some conditions of its own when it comes time to meet with Marshall Billingslea. While the Russians have indicated that they are open to including at least two of the newer strategic nuclear weapons into the framework of the New START Treaty, Russian Foreign Minister Sergey Lavrov has indicated that the withdrawal of US nuclear weapons from Europe will most likely be a topic of discussion in the next round of arms control talks with the US.

A diplomatic game of chicken

Like the US’ insistence on Chinese involvement in New START, the Russian desire to include US nuclear weapons stored in Europe is unrealistic in the short-term, if for no other reason than these weapons are considered to be part and parcel of the NATO nuclear umbrella, and any decision as to their final disposition would have to involve NATO approval beforehand.  Lavrov’s purpose in bringing this particular issue up at this stage may be to place an equally unrealistic negotiation position on the table in hopes that the US will agree to table it, and the issue of Chinese involvement in New START, until after the treaty has been extended.

While the tabling of proposals and counterproposals are age-old diplomatic negotiating tactics, the fact remains that both Russia and the US are fast running out of time to extend the New START Treaty. What is certain is that, even if Russia, the US and China were in agreement to negotiate a new trilateral version of New START, it couldn’t be prior to the expiration of that treaty. The same holds true for any NATO discussions about the US removing its nuclear weapons from Europe; there simply is no time.

Both Russia and the US will be wrestling with the economic consequences of their respective responses to the coronavirus pandemic for some time. The last thing they need is to allocate hundreds of billions, even trillions, of dollars into fielding weapons they neither need nor desire. By extending New START, both sides would buy themselves time to rethink their national security postures, and the role played by nuclear weapons. Such a measured pace is far preferable to the helter-skelter approach to strategic nuclear weapons acquisition that was prevalent during the Cold War.