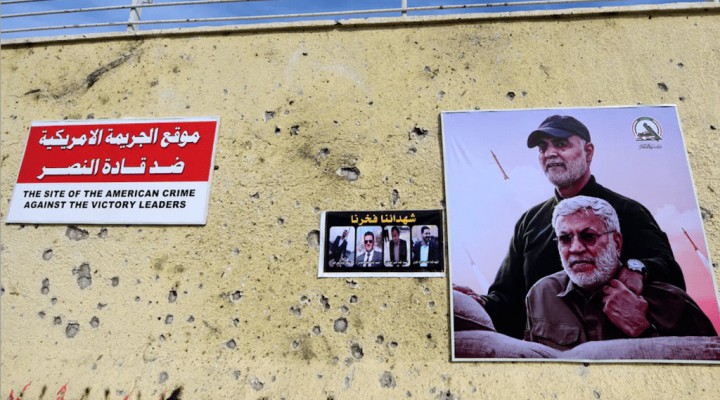 US-Iran meetings, direct or indirect, are not new and remain possible, notwithstanding the Grand Ayatollah Sayyed Ali Khamenei’s position that seems, according to his public statements, to make such meetings impossible. Sayyed Ali Khamenei was the President of Iran from 1981 to 1989. Therefore, he is aware of the state’s necessity and the relationship with other governments, even if they are considered Iran’s enemies. However, these meetings should have a purpose and an objective. The discussion between Iran and the US is no longer mandatory for Iran because the US is no longer the hegemony ruling the world as was the case between 1991 and 2011 (after the Perestroika and before the war on Syria).

The US forces’ failure to achieve their objectives in Afghanistan and Iraq exposed the weakness of the US war machine, capable of winning a swift military war but losing its triumph very quickly under the fire of local resistance. Therefore, Iran is heading towards a strategic relationship with China and Russia. It is distancing itself from Europe, a continent ruled by the leaders of several states with most of these leaders incapable of standing against US influence and lacking independent political positioning. Thus, Iran will continue to pursue its objectives in Syria, Iraq and Lebanon to support its allies so they can stand against the US while a US-Iran deal remains at a distance.

In past decades, Iran and the US held several direct meetings in Paris and Geneva before and after Saddam Hussein’s fall, even if, in 2002, it was defined as part of the “Axis of Evil” by President George W. Bush. However, Iran failed to predict that the US swift military success in removing the Taliban from Kabul, Afghanistan, would create more appetite for the Bush administration to direct its guns towards Iraq. In 2003, Saddam Hussein was tired due to 12 years of international sanctions that had exhausted his resources. He was no longer enjoying the western support he swam in during the Iran-Iraq war. The Iraqi population showed flagrant signs of readiness to escalate their activities against the regime and win the war domestically. And so when the Bush administration announced its readiness for war, Tehran’s opinion was concerned and not highly positive.

In 2003, the Lebanese Hezbollah Secretary General Sayyed Hassan Nasrallah spoke overtly against the US invasion of Iraq, attracting Iraqi Shia anger: they could not believe their ears. Saddam Hussein was well-known for his animosity towards the Shia, who abandoned their country and mounted a political and armed struggle against the Saddam regime. Hezbollah and Iran became highly aware that the US’s easy victory over Saddam meant that the Bush administration would next turn towards Syria or Iran. All indications confirmed that conclusion when US officials promoted their objective of changing the region into a “new Middle East” under their control and dominance. Moreover, Iraq is rich in oil and gas, which was another bonus for Bush’s grasping administration. The US officials confirmed Iran’s suspicions.

At the Pentagon, the neocons Richard Perle and Paul Wolfowitz advocated changes in Syria and Iran after subduing Iraq and joined those supporting  the “domino theory”. Every US official in the Bush administration wanted to go to Baghdad while “real men want to go to Tehran”. So, the Iranian conclusion was crystal clear: Baghdad first and Tehran next. It was a question of time and priority and which country would go first.

Iran had to move fast on several fronts. In 2002, Grand Ayatollah Sayyed Ali Khamenei approved the Iranian-American meetings for several reasons. First, it was essential to know if US troops were undoubtedly coming to Iraq. Second, Iran wanted its diplomats to be on alert to report any strong indications that Iran and Syria were next on the US military invasion list. Third, Iran wanted to cooperate with the US and show that Iranian goodwill could influence the US administration to stop its conquests in Mesopotamia and go no further. Many important Iranian decision-makers believed in the theory of showing friendship that could force the opponent to act accordingly and change its aggressive intentions, if any. And last, to be prepared, with or without allies, to face the US on Iraqi soil before encountering them on the Iranian territory.

It was evident that the US administration had no knowledge or expertise in administering Iraq after defeating Saddam Hussein. Therefore, the American administration needed all the support it could get, even from Iran. The US lack of understanding of the Iraqi dynamic and its political complications is still palpable today, even after 18 years of occupation and presence. Iranian officials were happy to learn that the US was planning to impose some sort of democracy in Iraq where the dominant majority Shia, would have the power. But most surrounding countries disliked such a decision for many reasons: the power to govern Iraq was about to be taken from the Sunnis (Saddam Hussein) and given to the Shia. A democratic election was the order of the day in Iraq, yet Iraq is surrounded by regimes ruled by the same family; the minority Sunni (like the Christian Maronite minority in Lebanon and the elite minority Alawite Baath Party in Syria) could no longer rule Iraq.

However, the US policy and its objective of enlarging its dominance in the Middle East pushed Iran to implement to the letter its constitution which has enabled it to create strong allies around the world. Hence, it is not alone in any future war but would be fighting on a broad front starting from Tehran and extending to Baghdad, Damascus, Beirut and Gaza.

Following the US military occupation of Afghanistan and Iraq, several US officials voiced their next occupation plan saying that Iran was next on the list. The US-Iran meetings stopped, leaving two choices for the “Islamic Republic”: submit or prepare to fight. Notwithstanding decades of harsh sanctions, Iran decided to fight, but not alone. It has gathered allies to face a hostile neighbour (Saudi Arabia) and the 35 US military bases spread over the region, of which many surround Iran.

The “Islamic Republic” learned how to build precision medium and long-range missiles beyond 2000 km reach, armed drones capable of flying for over 1200 km, and it shared the know-how with its allies. It has also acquired nuclear knowledge and can make an atomic bomb the day the Leader of the Revolution takes the decision. Iran has also become a strategic ally to Russia and China after signing deals worth hundreds of billions of dollars. It has conducted maritime manoeuvres with both countries, allowing Moscow and Beijing to show their force in waters that the US had dominated for decades.

The strategic deals Iran struck with China and Russia indicate how indifferent Tehran could be if the US refuses to comply with the nuclear deal. The US has two months to decide what to do next to avoid more radical negotiators and a less moderate government because of June’s forthcoming Iranian elections. The US has undermined a vocal Iranian President, Sheikh Hassan Rouhani, willing to negotiate, and who has managed to convince Sayyed Khamenei to give him a margin to talk to the US administration. Sayyed Ali Khamenei did not deny Rouhani’s request but, deep inside, is happy to see the Iranian President learning that the US can’t be trusted and is behind the moderates’ failure of the last Parliamentary elections and the subsequent Iranian presidential elections.

Because Iranian officials believe the US can’t be trusted, Iran’s position in Iraq is irreversible and indicates that Mesopotamia will not have stability for years to come.

0 thoughts on “Iran rejects Iraqi-US “cosmetic surgery,” but US-Iran cooperation is not impossible 3/6”