HOME / WORLD / Why is the US revealing details of Iran’s strike on Ayn al Assad a year later? 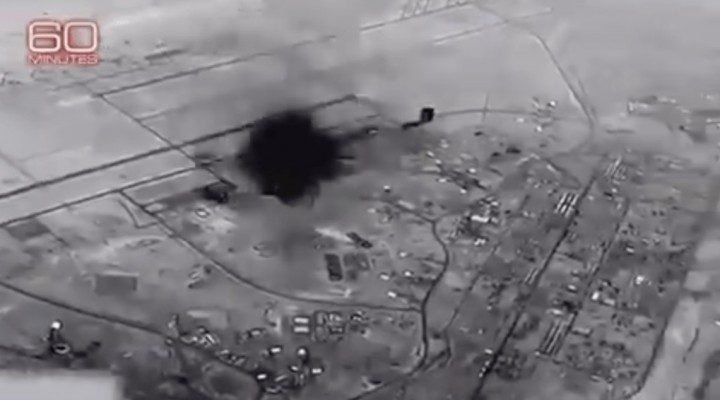 The US CENTCOM’s (Central Command) highest commander, General Frank McKenzie, recently revealed the accuracy of the 1,000–pound Iranian precision ballistic missiles fired more than a year ago in retaliation for the unlawful assassination of General Qassem Soleimani. Since World War II, this critical and historic event marked the first direct strike from any country (Iran) against the US. It was an Iranian act of boldness and a shocking decision to confront the strongest superpower on Earth overtly. It indicates that Iran was ready for war when it bombed that US Ain al-Assad military base, the largest in Iraq. Why did the US publicly sharing these facts a year later? US recognition of Iran’s bombing accuracy is nothing new because Iran itself announced it a year ago, and the destroyed sites were all over the news. What did the US administration want to show, and what is the message behind Mackenzie’s old but new revelations?

It is all about the nuclear deal: the four-star US General released a quantity of essential information received by the US drone. At the same time, Iran launched its missiles, demonstrating and sending different messages. Indeed, disclosing the details confirming Iran’s power could be part of the US way to prepare Iran’s path to return to the nuclear deal (known as the JCPOA). It shows that the US recognises Iranian regional power and acknowledged its missiles’ efficiency and deterrent effect. On the other hand, it could also explain to Iran and the world why the US wants to introduce amendments to the 2015 JCPOA agreement and contain Iran’s ballistic missiles and include this issue on the negotiating table.

During years of negotiations before the 2015 final agreement, Iran refused to include its precision missiles in any talks, notwithstanding all parties’ insistence. Iran considers these missiles as the first line of defence and the protector of the “Islamic Republic”. Iran lives in a sea of hostile countries and is further surrounded by 35 US military bases. The US takes every opportunity to send its B-52H bombers, Carriers and Destroyers to the Straits of Hormuz in a show of power along the Iranian coast, and US drones and spy jets have violated Iran’s air sovereignty repeatedly.

The CENTCOM commander also revealed that the Iranian strike on Ayn al-Assad would have destroyed 20 to 30 aircraft and could have killed 100 to 150 soldiers and officers had the evacuation not taken place hours before the bombing. This is also the US’s explicit way to clarify that Iran can strike any country in the region that can be reached by its precision missiles, hit its desired targets from afar with high accuracy, and destroy any country’s air power in the Middle East and beyond.

But the Biden administration may want to share another aspect, which could justify why the US President goes to negotiate with Iran and return to the nuclear agreement as it was signed off in 2015. Biden as a candidate, sent several indirect messages to Iran asking to de-escalate and refrain from offering Donald Trump the possibility to declare war in his last month in office, notwithstanding the US provocations. Biden also recognises that Iran played an indirect positive role in the previous US election when it refrained from responding to Trump’s call for negotiation, denying him the opportunity to add Iran’s negotiation contacts to his four years of achievement. Not because Iran believes that Biden is better than Trump, but because the former US President was responsible for the assassination of Soleimani and that his stay or return to the White House would have sparked an unavoidable war in the Middle East.

Iran wants to believe that there are differences of views within the new US administration but is less concerned about these differences because, as long as Trump’s harsh sanctions are still in place, Biden is benefitting from this economic punishment against the Iranian people.

There are two points of view between the current US administration and Iran where each side believes that time is in on its side and that delaying the agreement serves its interests and increases the pressure on the other side. To Iran, the outcome is simple: either the US sanctions are lifted, or the path to expanding its nuclear capabilities and raising its enrichment to the highest level without allowing inspectors is the only available choice. Could that lead to war? Possibly an exchange of strikes because, as General McKenzie “shows”, Iran is ready to retaliate with precision.

There is great US wariness about dealing with Iran: it imposed deterrence on the US and fired 16 precision ballistic missiles that hit all targets accurately and from only three locations. Consequently, Iran has shown that it possesses thousands of missiles because it has hundreds of above and underground sites spread along the Iranian borders and territory and can hit any Middle Eastern target with precision. This means that all of the 35 US bases deployed around Iran and in the region are within Iran’s missile range and can strike them if a war with America breaks out. Consequently, America’s great and destructive ability will not prevent the destruction of its aircraft and military centres and the most significant number of deaths from Iranian missiles. For this reason, America is trying to include the ballistic missile equation in any agreement with Iran before the sanctions are lifted.

The US has only a few weeks to lift the sanctions on Iran and return to compliance before the month of Ramadan, due on the 12th of April. After that day, Iran will be busy with the forthcoming recent presidential elections that will eject President Hassan Rouhani, who cannot run for a third term. Consequently, the US will have to face a new, more hardline Iranian administration, along the lines of the current Shura Council headed by Muhammad Baqer Ghalibaf, the late Major General Qassem Soleimani’s companion. Consequently, negotiations could be postponed to an even later date.

The US administration believes that the time factor is not in Iran’s favour because of the severe economic crisis that burdens the Iranian people. Consequently, it “would be” in the Islamic Republic’s interest to rush towards the nuclear agreement before the Iranian domestic turmoil worsens. Biden is certainly aware he is a contributor to the harsh sanctions on Iran. But the US President may not be fully aware that he is falling into the hands of the Leader of the revolution Sayyed Ali Khamenei, whose theory is that no US administration can be trusted, that the country should be self-sufficient, and that it should increase its nuclear capability without regard for the problematic of the international community. Iran believes that the time factor is in its favour because it possesses nuclear leverage capability since it has increased its uranium enrichment to 20 per cent. Sayyed Ali Khamenei said he is ready to reach 60 per cent (90 per cent is needed to make a nuclear bomb).

Iran refused the presence of a US representative in the European negotiations (4 + 1, France, Britain, Germany, China and Russia) and demanded that the US lift all sanctions first. This is not a position of weakness. Instead, Iran does not want to give Biden what it refused to provide to Trump and wants the US to respect its covenants first with the United Nations Security Council Resolution 2231. Iran says that it is not interested in words and optimistic speeches but instead wants the US to back down from its violation of international law.

Iran has multiple cards and believes that the firmness of its position will take it towards lifting US sanctions or acquiring nuclear power, which would be an irreversible path. The maximum pressure has not been able to bring Iran to its knees since 1979, and it certainly won’t break Iran’s back during Biden’s administration. Therefore, Iran does not see any reason for bending to Biden’s demands of returning to compliance first.

It could also be that President Biden may have to manage hotheads like his partner Prime Minister Benjamin Netanyahu. The US President may want to take into consideration also his allies such as Saudi Arabia and Europe, and even within his administration, where many believe that there should be a regime change in Iran or “don’t negotiate with it” because it will surrender sooner or later.

General McKenzie said that his intelligence officers informed him that “Iran was preparing 27 missiles but launched only 16”. This means that Iran showed that it did not fire 11 missiles that remained deployed ready to hit other targets. What the US General did not say was that Iran informed the Iraqi leadership of its intention to bomb Ayn al-Assad in advance, in order to allow the US to reduce its losses. Indeed, only 100 soldiers were wounded.

Iran did not hesitate to strike the US when its beloved General was assassinated, and it will not extend a hand to Biden if he doesn’t lift the sanctions. In this case, the world must be prepared to see Iran advancing to the stage of no return in its nuclear programme. If Biden were to choose the war on Iran, he has already experienced its precision missiles in Ayn al-Assad. Iran is very far from being stronger than the US. However, the US has many bases as targets for Tehran’s missiles and Iran may not hesitate to turn this threat into an opportunity. It is up to Biden to learn from history and from a saying used in the Middle East: “Infer what will be by what has been, for all things are alike”.

0 thoughts on “Why is the US revealing details of Iran’s strike on Ayn al Assad a year later?”