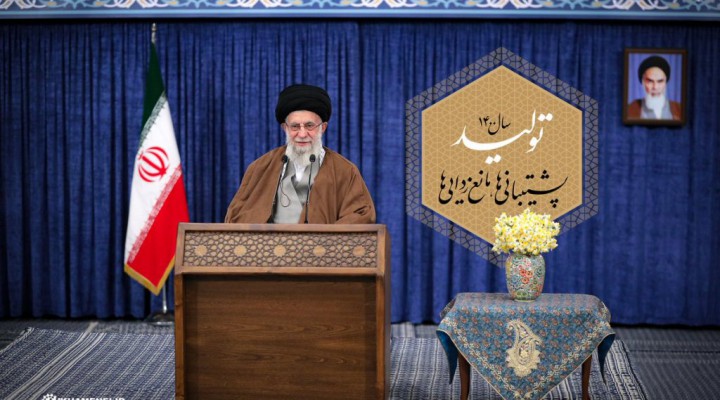 Following the assassination of Brigadier General Qassem Soleimani, head of the Iranian Revolutionary Guard Corps – Quds Brigade, the Supreme Leader Sayyed Ali Khamenei vowed before the world, but above all for his allies, that the US would pay the price by leaving West Asia. What Sayyed Khamenei said reflects his opinion and wishes as a Supreme Leader. These wishes do not always coincide with the State of Iran’s behaviour, which must build a relationship with other states according to Iran’s national interests. There is always a flexible line between what the Leader of the Revolution says and how he would like the Iranian government to act.

However, when Sayyed Khamenei noted that no direct meetings would be accepted unless the US withdraw the harsh sanctions, he drew an unbreakable line the government will have to stick to, without necessarily including all sanctions but certainly the most important ones. Hence, Vienna’s indirect dialogue between the Iranians and those who signed the JCPOA (nuclear deal) but did not withdraw unilaterally as former President Donald Trump did.

Although Sayyed Ali Khamenei announced no time frame for the withdrawal of all US troops from West Asia, there is no doubt that Iran is ready to sit at the same table as its enemy if the outcome could help ease the economic situation in Iran. To Iran, the US administration, regardless of whether who sits at the top of its pyramid is republican or democrat, is not trustworthy. It can revoke international agreements, blatantly disregarding international law. However, in many circumstances, Iran’s supreme Leaders Ayatollah Khomeini and Sayyed Ali Khamenei have allowed the state to meet the Americans so as to favour Iran’s interests even if, from Iran’s perspective, the shadow of war with the US will always hover over the country as long as American forces are in the area.

The Iranian officials are aware that the Biden administration faces many domestic and foreign challenges, with Russia and China as urgencies. However, for Tehran, its well-being represents the first urgency, and it is unwilling to understand the range of Biden’s priorities. This is why Tehran will not allow the US to rest in Iraq and why it continues to support its own allies in Yemen, Syria, Lebanon and Gaza.

In Iraq, officials are promoting some “cosmetic surgery” to apply to the US forces’ presence, as a compromise between what Iran wants and where Iraqis believe their interests lie. Suggesting replacing the US troops with a “European NATO” is a way to tell Biden’s administration that withdrawal is not really on the Iraqi agenda. With or without a nuclear deal, the US can only dream of a peaceful Mesopotamia for its forces in the months to come if the withdrawal is not reached or replaced by a “European NATO”.

However, total compliance and return to the nuclear agreement will undoubtedly slow down the Iraqi resistance’s aggression against the US forces, which, more than ever, will not abandon Mesopotamia to China, Russia and Iran.

0 thoughts on “Iran rejects Iraqi-US “cosmetic surgery,” but US-Iran cooperation is not impossible 1/6”