HOME / WORLD / There Are No War Heroes, Only War Victims: Notes From The Edge Of The Narrative Matrix 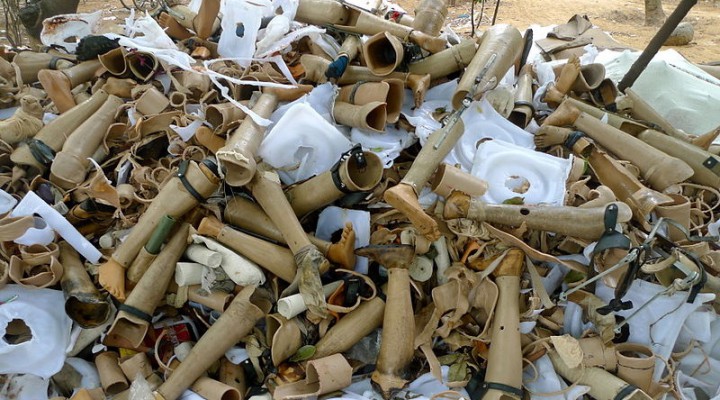 It’s still really, really weird that we don’t all talk about Yemen all the time. It’s like there’s someone in the room being tortured with a blowtorch and we’re all just chatting about politics at the dinner table without noticing.

I’m sorry your election results are being disputed as fraudulent, America. Have you tried not having the single worst electoral system in the western world?

“The media do not decide who’s president!”

Uhh, yeah they kinda do. They spent two years sabotaging progressive primary candidates and spent this year manufacturing consent for Biden. They manipulate the thoughts people think about power, and they can install whomever they wish.

Republicans spent years calling a fake Russia narrative that posed no risk of removing Trump a “coup”. Now Democrats are calling a glorified temper tantrum a “coup”. The government that stages the most coups around the world has no idea what they are.

They’re not scaring you about a Trump “coup” because there is any possibility of that ever happening, they’re doing it because it’s their last chance to use Trump to psychologically abuse you for clicks.

Biden is a hollowed out husk of a man whose insides have been entirely filled with corporate logos.

FYI anyone who is already defending Biden and saying you’re being too hard on him will be completely useless for the next four to eight years.

Liberals are gonna hate me so much more than they already do. They’re gonna get sentimental about the old Caitlin.

You can get rid of Trump, but people who say the mass media are crooks and liars will keep getting traction and attention with that message. Because it is true, and people know it is true.

Liberal pundits have loved to promote the narrative that Trump is uniquely cozy with dictators because it lets them both (A) attack him for being insufficiently hawkish toward nations like Russia and North Korea and (B) pretend their favorite presidents haven’t been extremely cozy with dictators.

Liberal punditry assured us that if Trump was elected in 2016 there’d be millions of deportations, Muslims in concentration camps and alt-right militias driving minorities out of the country. Instead we got another shitty Reagan Republican, total amnesia for Bush and Obama’s crimes, and a bunch of psychologically traumatized liberals who just lived through the Holocaust in their minds.

It is literally impossible to say Trump is uniquely evil among presidents without rehabilitating George W Bush. It can’t be done, because nothing Trump did is as bad as an invasion which killed over a million people, destabilized the Middle East and ushered in an unprecedented era of military expansionism which displaced tens of millions of people.

That’s always been the most destructive element of Trump hysteria: not that it’s unfair to Trump, but that it necessarily erases the crimes of his predecessors and of future presidents. It blurs out the criminal nature of the US empire as an institution by making it about one guy.

I want a system where corporations are fined for any litter they produce that winds up on the street or in the ocean. We need to reverse the burden and make it in their financial interest to create packaging and recycling systems that are closed loops.

You could have collectors whose job it is to find trash and tally up the fines. A buck a cup or whatever. It wouldn’t even have to be the government doing it; it could easily be done by the private sector because there is a fiscal motivation for finding trash.

In the old days whole empires were built up around religions and their theocratic institutions, who used their doctrines to shape society in service of the powerful. Nowadays the same thing happens, but the religion is called “capitalism”.

The plutocrat-owned western political/media class has built up a collective doctrine that you cannot simply end overseas wars and bring the troops home, and that anyone who says you can is a lunatic. That’s all it is though: fact-free religious doctrine, espoused on blind faith.

When it comes to large-scale governing and international matters, the mainstream perspective is only mainstream because extremely wealthy people poured vast fortunes into making it mainstream. There’s no collective wisdom or truth in it, it’s just what power wants us to believe about what’s going on.

Leftists: I want socialism, an end to imperialism, and revolutionary change.

Liberals: I want capitalism, endless war, and the status quo. Also I have pink hair.

Rightists: These are the same to me.

As long as the powerful are propagandizing the people, the people aren’t truly operating with free will. Anyone who’s escaped a relationship with a manipulative abuser understands that you’re not really operating with much free agency while you’re being psychologically dominated.

There are no war heroes, only war victims.

0 thoughts on “There Are No War Heroes, Only War Victims: Notes From The Edge Of The Narrative Matrix”