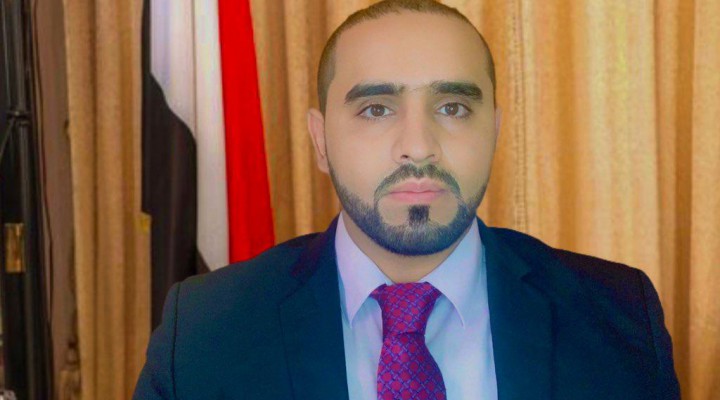 Exclusive- Impoverished Yemen has been devastated by an ongoing bloody war since March 2015, when Saudi Arabia and its allies, backed by the U.S., declared a military campaign to reinstall former government. The collation has imposed a blockade on the port of Hodeida city, the main entry point for food and medicines, and targeted the residential areas, claiming it would control arms transfer to the Ansaruallah movement – otherwise known as the Houthis. Thousands of Yemenis have been killed and the infrastructure has been pulverized.

According to recent reports millions of Yemeni could be pushed to the brink of starvation due to huge shortfalls in humanitarian aid funding amid the Coronavirus pandemic, which is tipping Yemen into further devastation, the UN warns, appealing for nearly $500m in urgent humanitarian assistance.

Now six years after the 21st of September revolution, when Saudi Arabia woke up to a new democratic Yemeni government, different from the ones it had long molded to serve its strategic interests, the mainstream media still claim that what is taking place in Yemen is a civil war, which is nothing but a Western fabricated myth. What took place in September 21, 2014, is that Yemen’s popular revolution triumphed, and a new democratic government was established based on ensuring Yemen’s sovereignty and independence.

On this occasion, I had the honor to interview Mohamed Alzubaidi, a Yemeni analyst and political researcher. Here’s what Mr. Alzubaidi has to share about his experience as head of the External Team for the International Campaign to End the Blockade on Sana’a Airport:

First of all, can you please brief the readers about the September 21 revolution, its roots and goals?

The 21st of September revolution was a popular uprising that arose against rampant corruption and class discrimination practiced by the previous Saudi-backed governments, which long took control of the Yemeni political decision. The main goals were to abandon the Saudi tutelage and harmonize the influential Yemeni shareholders to revive Yemen as a sturdy and independent democratic state.

How has this popular uprising ignited the Yemenis then and currently?

As far as the Yemenis are concerned, the glorious September 21st revolution was indeed an opportunity to restore Yemen from the shameful subordination to regional states, the Saudi regime in particular, whom we still up today suffer from its barbaric hegemony.

The popular September 21st revolution cut off the Saudi regime’s hands tampering inside Yemen. This spurred it to launch its aggression and blockage against our country in a desperate attempt to impose its guardianship on our people. However, the rebellious Yemeni people have been standing firmly strong for the 6th consecutive year in the face of this inhuman Arab coalition led by Saudi Arabia.

Well, how can we closely examine the link between the revolution and the ongoing hostile aggression?

If we go back to the 26th of March 2015 to scrutinize the main reason for the Saudi aggression against Yemen, we will observe that the reason was an attempt to put down the revolution that brought down the Saudi tutelage and constituted a threatening example that would inspire the suffocating peoples of the Arabian Peninsula. Hence, this aggression is still in force till today because of the revolution’s steadfast approach. Indeed, the Saudi regime is a reactionary criminal regime which cares solely about extending its influence. It is widely classified as a terrorist regime for it does not observe human rights laws and pays no attention to humanity, and their war crimes in Yemen are quiet obvious evidence.

The Yemenis have shown an outstanding unprecedented steadfastness, in your opinion, what doctrine has this courageous nation implemented in its struggle against hegemonic powers?

Since the onset of the Western-backed onslaught, Yemen’s national army has allied with the government of Sana’a, the popular committees and the Yemeni tribes. This is another chapter of Yemen’s honorable history, whereby all social and political strata allied to resist the foreign hostile aggression.

The Saudi regime has framed its military intervention in Yemen within a narrative of an alleged Iranian threat, what is your response to these allegations? Why do you think Saudi Arabia constantly targets Iran from the gate of Yemen?

There is no evidence to prove the presence of the Islamic Republic of Iran in the Yemeni arenas. This is nothing but a flimsy pretext by Riyadh, backed by both Washington and Tel Aviv to expand their presence into western Yemen’s geostrategic world’s oil route of Bab-el-Mandeb in a bid for securing their colonialist ambitions in the Middle East.
Saudi Arabia has no justification to target Yemen’s civilians in the name of fighting any state. Undoubtedly, Riyadh’s military coalition unleashed against Yemen has only been driven by concerns for the bulk of Yemen’s remaining natural resources, rich arable lands and water. The Saudis controlled Yemen for more than 50 years, and they previously claimed that the Soviet Union was a threat and today they are accusing Iran.

How do you see the political scene of Yemen in the sixth year of steadfastness? Why aren’t the alleged initiatives to solve the Yemeni crisis ineffective? Is there a political solution or the military field will say it all?

While this glorious defense of our country is a badge of honor on the chest of each and every patriotic Yemeni, air strikes on civilians and agricultural infrastructure continue, which mounts into the level of systematic genocide against all Yemenis. Vast majority of our helpless people meanwhile suffer from starvation; an inhumane means manipulated the US-backed Saudi-led coalition to pressure them into surrender, yet has proved to be in vain.

The alleged initiatives to solve the crisis have all been ineffective because there’s an apparent pressures to install an illegitimate US-Saudi puppet government. Today the coalition’s mercenaries are fighting each other for power, the military field supporting Yemen’s dignity has been most effective because the UN is obviously biased.

My final message to the Yemeni people in home and abroad, and the free people of the world, activists, journalists and humanitarians, thanks and please extend your continuous support for our righteous cause. Yemen can’t wait.