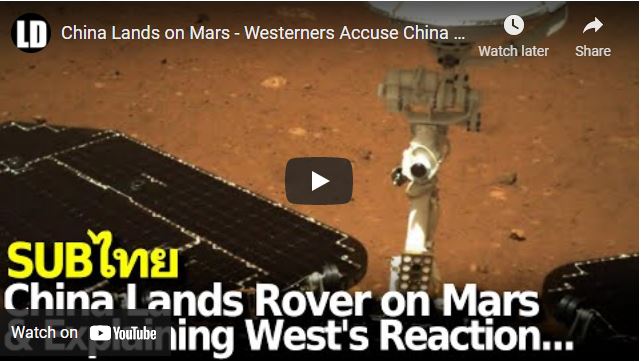 China has landed an unmanned lander/rover on Mars successfully. It is only the second nation to do so and has succeeded on its first attempt – a monumental achievement for the nation and for humanity.

However, the toxic atmosphere in American politics has prompted many Americans to disparage the accomplishment – claiming China was only able to do so because of “stolen” “intellectual property” or that the achievement is undermined by the Chinese government’s alleged “abuses” – highlighting how successful and dangerous Washington’s propaganda war is against China.

SCMP – US to offer millions in new funds to take on China:
https://www.scmp.com/comment/opinion/article/3131467/us-offer-millions-new-funds-take-china

Forbes – The Countries With The Most STEM Graduates [Infographic]:
https://www.forbes.com/sites/niallmccarthy/2017/02/02/the-countries-with-the-most-stem-graduates-infographic/?sh=5821d5f7268a

China’s new stealth bomber is just the latest proof that 21st century technological revolution will be centered in China, not US