HOME / WORLD / China’s new stealth bomber is just the latest proof that 21st century technological revolution will be centered in China, not US

China’s new stealth bomber is just the latest proof that 21st century technological revolution will be centered in China, not US 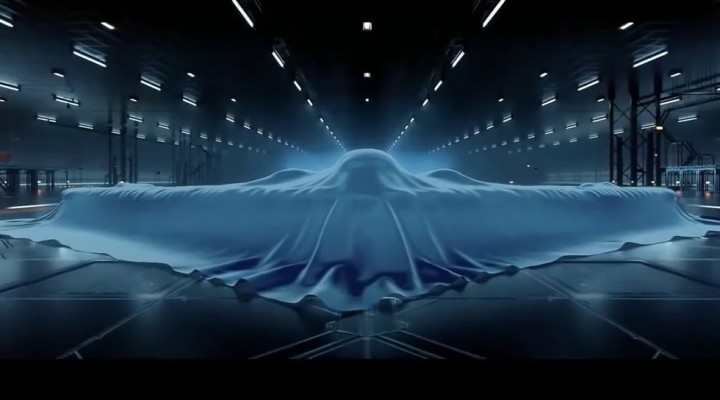 As China prepares to field its new strategic bomber, the age of the US qualitative edge in military equipment comes to an end. China has closed the technological gap with the US and is preparing to bound ahead.

A report published in the South China Morning Post (SCMP) in May last year raised the possibility that the Chinese military might be set to officially unveil its new stealth bomber, the Xian H-20, at the Zhuhai Airshow in November 2020. The unveiling did not occur as planned, with the air show being cancelled “due to global impact of the COVID-19 pandemic and out of consideration of participants’ health, travel convenience and the quality of the event,” according to the city of Zhuhai webpage. However, the fact that the existence of the H-20 bomber, and its advanced stage of development, was published in the SCMP, the long-time paper of record in Hong Kong with close ties to the Central People’s Government, gives the story credence, despite the lack of any physical manifestation of the bomber.

The SCMP story must be considered when evaluating recent western press reports suggesting that the H-20 might be ready for operational deployment five years in advance of previous projections by the US Department of Defense, which in 2018 noted that “China is developing a stealthy, long-range strategic bomber with a nuclear delivery capability that could be operational within the next ten years” (suggesting an initial operational capability sometime around 2028.) Speculation about the imminent appearance of the H-20 was hastened by the publication of computer-generated images in the Chinese magazine Modern Weaponry, which is run by the state defense corporation China North Industries Group, Norinco.

The Chinese media has been quick to dismiss the current hype over the H-20 as “fake news,” declaring that the government would never use a military affairs magazine such as Modern Weaponry to reveal any military advance of significance, such as the H-20 bomber. Be that as it may, the Chinese military has provided some tantalizing hints about the existence and configuration of the H-20 in recent recruitment videos. The bomber is real and, if reports about its capabilities are accurate, constitutes a “game-changing” threat to US military power in the Pacific.

While the appearance of a Chinese version of the B-2 stealth bomber rightly concerns western defense analysts, it may be for the wrong reasons. While a stealth bomber might give the Chinese options when it comes to striking targets within its 5,000-mile operational radius, the fact is China’s current arsenal of intermediate-range missiles provides the same reach with greater assurance of destruction. Void of any global refueling capability, the H-20 bomber is incapable of being more than a regional weapons system whose utility is limited.

The true impact of China’s H-20 stealth bomber comes in the rapidity in which China has been able to design, test, produce and most likely field a world-class bomber expected to match the capabilities of the next-generation US strategic bomber, the B-21 “Raider.” In many ways the accelerated progress shown by China regarding the H-20 matches that of its fifth-generation fighter, the J-20, which meets or exceeds the capabilities of its US equivalent, the F-22 and F-35. In the span of two decades, China has taken a large but rudimentary military establishment and transformed it into a modern warfighting institution which, according to the Department of Defense, matches or exceeds US capabilities in many spheres.

There are several factors which give China a leg up on the US when it comes to fielding advanced weapons systems. First and foremost is the “development lag” created when the US, in the aftermath of 9/11, shifted its focus away from preparing to fight conventional wars to a singular focus on waging counterinsurgency warfare. In the ensuing two decades, while the US squandered trillions of dollars on a losing effort in Iraq and Afghanistan, China was laser-focused on building a “world class” military capability.

The inertia inherent in the American defense industry which took hold while the US military was self-absorbed in fighting insurgencies is gradually being overcome, as the Pentagon seeks to pour more money into modernization programs designed to transition the US military back into a classic conventional warfare organization. There is, however, a momentum-deficit when it comes to China, which has not taken its foot off the modernization accelerator since embarking on its current transformational phase in 2000. Not only has China caught up with the US from a technological standpoint, given the wide variance in trajectories when it comes to the current state of weapons development, China is poised to spring ahead in the years to come.

This is the real game changer. The US has always operated with an understanding that its forces would enjoy a qualitative edge over any potential opponent, allowing quantity to be sacrificed in the interests of quality. The US now must confront the reality that, given the fact that it has, in many ways, been relegated to “near peer” status in any direct comparison to China, it needs to both increase the size and capability of its military forces. Domestic political realities, however, prevent that kind of expenditure of resources, meaning that the US defense budget, which is nearly three times as much as China’s, will continue to produce substandard results. If the 21st Century is indeed the age of a revolution in military affairs, this revolution will be centered in China, not the United States. The H-20 bomber is just the most current manifestation of this new reality.

GG or Geek Geopolitics (I)

0 thoughts on “China’s new stealth bomber is just the latest proof that 21st century technological revolution will be centered in China, not US”