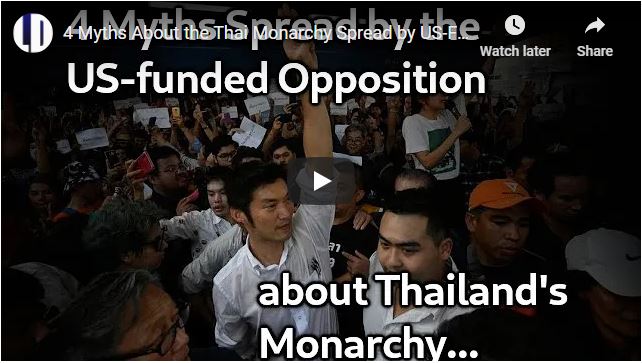 Washington’s growing confrontation with China is dragging in many of China’s closest regional allies including Thailand. In a bid to divide and overthrow Thailand’s institutions to make way for a pro-Washington client regime – efforts have been focused on undermining the nation’s 700+ year old monarchy.

I break down 4 of the most common myths spread by the US-funded opposition and repeated endlessly by the Western corporate media.

NYT – In Thailand, Power Comes With Help From Skype:

Thailand’s Monarchy and Why the US Targets It