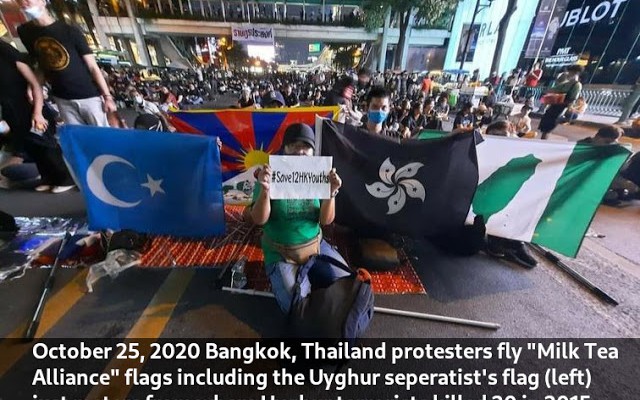 The UHRP openly refers to the Chinese region of Xinjiang as “East Turkistan,” the term used by violent separatists for territorial entity they seek to transform Xinjiang into. 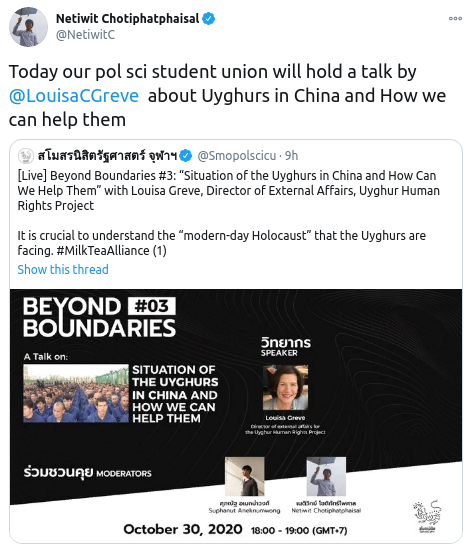 The US National Endowment for Democracy (NED) – which also refers to Xinjiang as “East Turkestan” on its official website – lists UHRP as a recipient of US government funding. 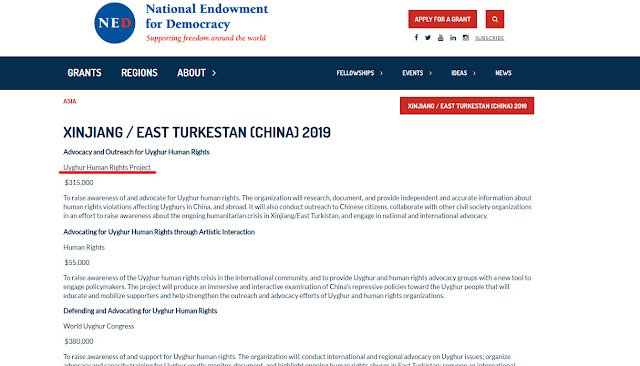 Louisa Greve is currently UHRP’s “Director of Global Advocacy” and according to UHRP’s own official website, was “Vice President for Programs and East Asia Director at the National Endowment for Democracy” – the same US government funding arm currently behind virtually every aspect of Thailand’s ongoing anti-government protests.

It was Uyghur terrorists pursing separatism in Xinjiang who bombed downtown Bangkok in 2015, killing 20 and injuring over 100 more. The attack followed Thailand’s refusal to heed US demands that Uyghur terror suspects to be extradited back to China be allowed to continue traveling onward to Turkey where they were to join terrorists waging war against the government in neighboring Damascus. 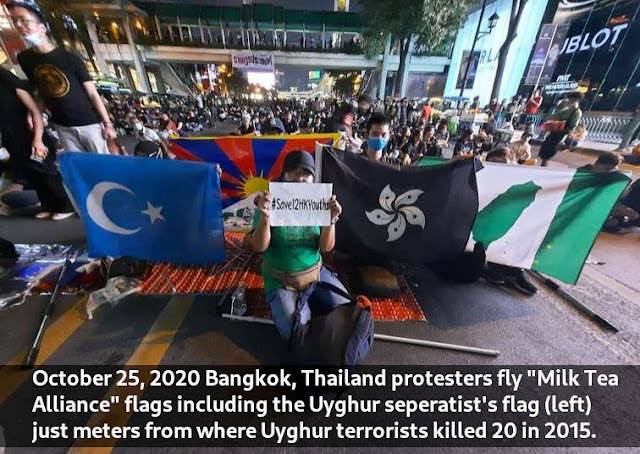 More recently, the Uyghur separatist flag was spotted at US-funded anti-government protests literally at the same intersection bombed by Uyghur terrorists in 2015.

The current protests in Thailand have openly aligned themselves with US-funded unrest in Hong Kong and now appear to be linking their networks to other US-backed efforts aimed at undermining and dividing China.

The current Thai government, the Thai armed forces, and Thailand’s constitutional monarchy have led the country along a path of growing relations with China.

China is also a key partner in several major infrastructure projects in Thailand including the nation’s rollout of 5G technology and a high-speed railway that will eventually connect Thailand to China via Laos.

The US’ growing confrontation with China has seen attempts to recruit its Southeast Asian neighbors into a united front against Beijing. Because no government in the region is receptive to US goals regarding China’s encirclement and isolation, the US has opted to funding anti-government movements in the hopes of replacing them with governments that are.

US NED-funded fronts promoting separatism in Xinjiang, China coordinating events with Thailand’s US-funded anti-government movement is another step toward the movement’s full integration into Washington’s anti-Chinese agenda  with “promoting democracy” merely the smokescreen this is being done behind.

While organizations like the US government-funded UHRP and the Western media have attempted to downplay the violence among Xinjiang’s Uyghur separatists, older Western media reports have fully detailed the carnage Uyghur terrorism has spread across China and even beyond its borders. 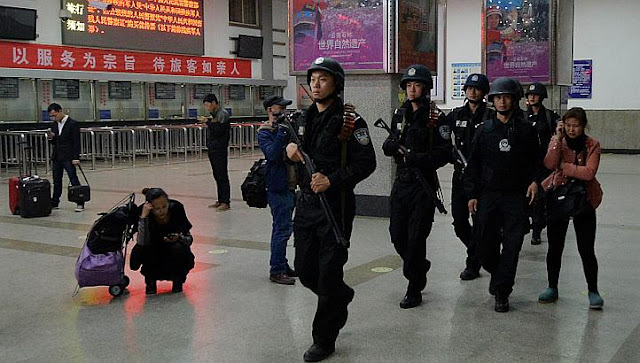 The BBC’s 2014 article, “Why is there tension between China and the Uighurs?,” for example – reported (emphasis added):

It is clear China faces a concerted campaign of terrorism. It is terrorism that has plagued Xinjiang and wider China for years.

Also rarely mentioned or linked to China’s current policies in Xinjiang is how many thousands of Uyghur extremists have travelled abroad fighting in Western proxy wars in places like Syria and who will eventually attempt to return to China. 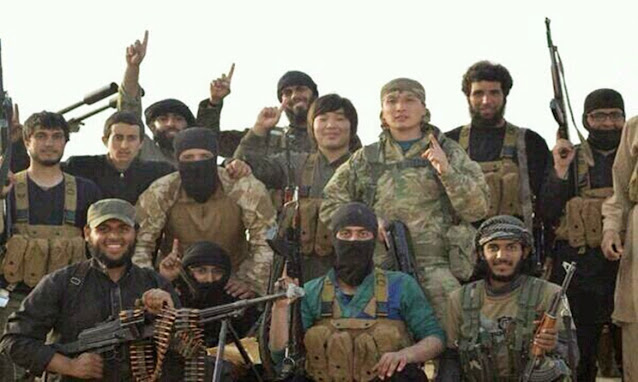 Even US State Department-funded Voice of America (VOA) in its article, “Analysts: Uighur Jihadis in Syria Could Pose Threat,” would admit (emphasis added):

But by now downplaying or omitting the terrorist threat in Xinjiang, the Western media and organizations like UHRP are attempting to decouple current Chinese policy in Xinjiang from the very real and extensive terrorism that prompted it.

The US-funded Thai opposition openly linking itself to yet another aspect of Washington’s wider hybrid war with China is a preview of what Thailand will look like and in what direction it will go if protesters succeed in toppling the current government and the US-backed billionaire-led opposition helping organize the protests come to power.

For the vast majority of Thais – this “transition’ will come at the cost of giving up Thailand’s current financial, trade, tourist, and military relationship with China – a relationship no Western country or collection of Western countries can replace in much the way Ukraine suffered – and has still yet to recover – after ruining its ties with Russia in the wake of similar US-backed regime change in 2014.