HOME / WORLD / Will Al Shabaab Become America’s Next Proxy In Its Hybrid War Of Terror On Ethiopia?

Will Al Shabaab Become America’s Next Proxy In Its Hybrid War Of Terror On Ethiopia? 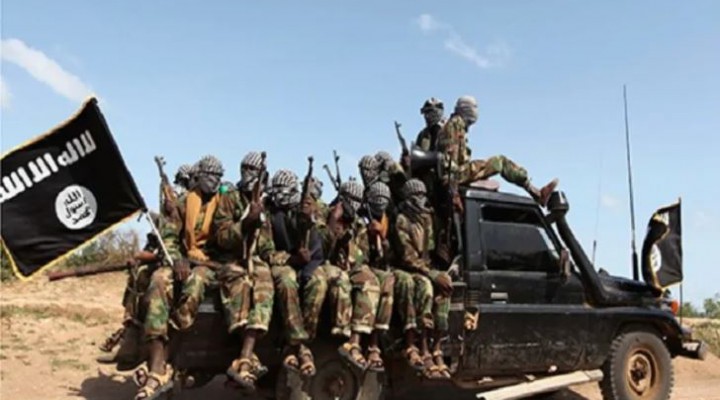 The pieces are in place for the US to employ Al Shabaab as proxies for continuing its Hybrid War of Terror on Ethiopia if American strategists decide to do so following the failure of their TPLF puppets to overthrow their target’s democratically elected government or “Bosnify” its administrative borders.

The Western-led TPLF-driven Hybrid War of Terror on Ethiopia that’s been waged since November 2020 as punishment for this civilization-state’s principled neutrality in the New Cold War failed to overthrow its democratically elected government or “Bosnify” its administrative borders. It’s increasingly unlikely that their primary terrorists of choice will successfully resume their offensive despite speculatively having been encouraged to do so by those Western envoys who recently visited one of their leaders and infamously posed for a selfie with him. Instead of learning its lesson and trying to repair the unprecedented damage that it inflicted on its relations with Ethiopia over nearly the past two years, the US might consider employing Al Shabaab as its latest proxies for continuing its Hybrid War.

There are serious reasons to be concerned about this scenario. Even though the return of US forces to Somalia upon the request of its new government to target Al Shabaab terrorists there is something that should supposedly something to be praised on the surface, there might be some ulterior motives lying just below. To explain, the US also claimed to have been fighting ISIS in Syria but Damascus, Moscow, and Tehran accused Washington of using strikes against them as a clever means of corralling these terrorists in the direction of its strategic interests. Many observers don’t regard it as a coincidence that ISIS surged from Northeast Syria towards the national capital over the 13 months that the US “bombed” it prior to Russia’s game-changing anti-terrorist intervention there to finally put a stop to that group.

Something similar might be at play in Somalia vis a vis Al Shabaab and Ethiopia, especially after those terrorists recently made an ultimately unsuccessful attempt at crossing the international frontier. Local representatives and their national media reported that over 800 of them were wiped out in their failed attack, including 24 top leaders, which the US Government-funded Voice of America informed their audience about. That same outlet, however, previously quoted the ominous prediction from the outgoing commander of AFRICOM who said that earlier such attacks were “not a fluke” since he expects more of them in the future. This could explain why Ethiopia also declared around the same time that it’ll prioritize the creation of a security buffer inside Somalia in order to defend itself.

The pieces are therefore in place for the US to employ Al Shabaab as proxies for continuing its Hybrid War of Terror on Ethiopia if American strategists decide to do so following the failure of their TPLF puppets as was earlier explained. That outgoing AFRICOM commander’s ominous prediction might have actually been meant to precondition the public into anticipating this scenario, albeit supposedly on the grounds that he claimed in order to disguise his declining unipolar power’s indirect complicity in any forthcoming attacks. About that, the model that could be used would probably be the Syrian one related to bombing terrorists in certain ways so that they move in the direction that advances American strategic interests, which in this case is for them to continue attempting to cross the Ethiopian border.

Ethiopia is well-versed in tackling Hybrid War threats, especially after the ones that it successfully thwarted over nearly the past two years, hence why its leadership wisely thought to declare the creation of a security buffer inside Somalia in order to thwart this latest possible plot. Even though there’s thus no reason to exaggerate this latest potential dimension of the Western-led Hybrid War of Terror on Ethiopia, that also doesn’t mean that it might still not cause some damage, even if the consequences remain contained. In any case, observers should closely study American military moves in Somalia across the coming future in order to discover whether the US is replicating the Syrian scenario of corralling terrorists in the direction of strategic interests via airstrikes or if it’ll finally give up destabilizing Ethiopia.

Ethiopia Is An Integral Part Of The BRICS+ Framework

0 thoughts on “Will Al Shabaab Become America’s Next Proxy In Its Hybrid War Of Terror On Ethiopia?”