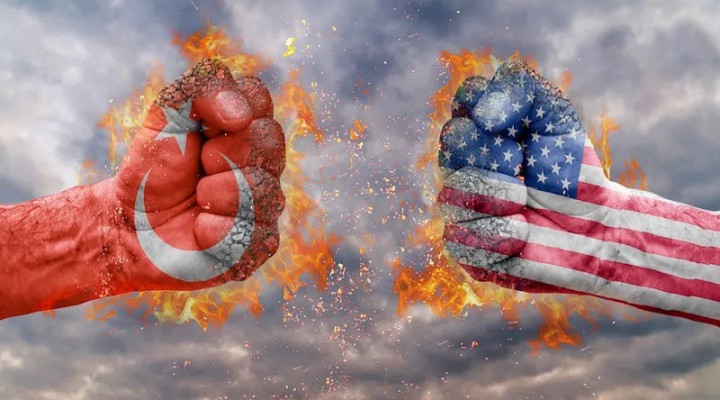 The New Cold War that the US itself provoked has suddenly taken an unexpected turn whereby that declining unipolar hegemon is now backstabbing its Turkish mutual defense ally as punishment for its leadership’s independent foreign policy.

The US is actively waging a Hybrid War of Terror on Turkiye as evidenced by its role in orchestrating the YPG-PKK’s recent terrorist attack in Istanbul and Thursday’s news that Russia just foiled Kiev’s second attempt since September to sabotage the TurkStream pipeline. These asymmetrical acts of aggression are being carried out for the purpose of punishing President Erdogan for his rising multipolar Great Power’s truly independent foreign policy at this pivotal moment of the global systemic transition.

Turkiye occupies a unique role in the New Cold War between the US-led West’s Golden Billion and the jointly BRICS– & SCO-Global South seeing as how it’s technically part of both de facto blocs. Its membership in NATO makes it part of the first-mentioned while its socio-cultural composition and dialogue partner status with the SCO make it part of the second. This country is also a civilization-state in its own right, thus setting the basis for Turkiye becoming an independent pole of influence.

Like India, it’s sought to carefully balance between both de facto New Cold War blocs, but the US has responded very differently to Ankara’s attempts than Delhi’s since the former’s pragmatic efforts are considered a so-called “betrayal” due to its membership in NATO. America was also alarmed last month after President Putin proposed turning Turkiye into a transregional energy hub, the success of which would imbue that geostrategically positioned civilization-state with maximum strategic autonomy.

The US’ response was swift: not only did it orchestrate the YPG-PKK’s recent terrorist attack in Istanbul (which in turn prompted the Turkish Armed Forces to commence another regional anti-terrorist campaign in self-defense), but it also ordered its proxies in Kiev to try sabotaging TurkSteam yet again. This sequence of events leaves no doubt that Turkiye is actively being victimized by an increasingly intense and multidimensional US-led Hybrid War of Terror aimed at coercing it into servitude.

President Erdogan is a proud leader who never lets anyone get away with disrespecting his country, let alone blowing up his people and attempting to do the same to do one of the pipelines that’s integral for ensuring Turkiye’s energy security, hence why he’s expected to react very negatively to the latest news. Turkish-American ties will thus likely continue deteriorating towards uncertain ends as Ankara resolutely defends itself from Washington’s unprovoked Hybrid War aggression.

The New Cold War that the US itself provoked has suddenly taken an unexpected turn whereby that declining unipolar hegemon is now backstabbing its Turkish mutual defense ally as punishment for its leadership’s independent foreign policy. The consequences of this dramatic move are expected to accelerate Turkiye’s shift towards the Global South after the failure of its balancing act with the Golden Billion and thus facilitate its rise as an independent pole of influence in the Multipolar World Order.