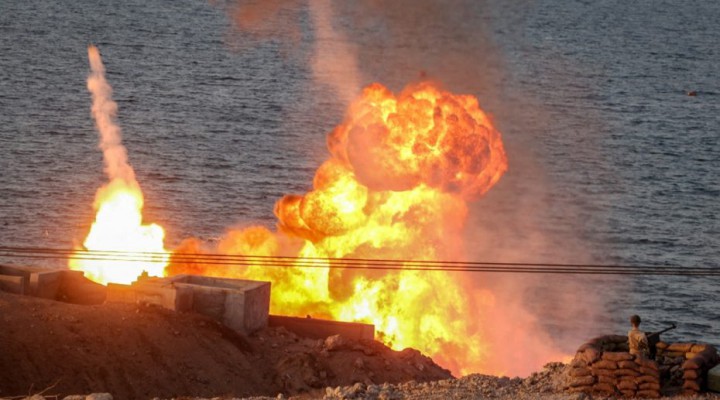 How the world appears all depends on whether your gaze is firmly focussed on the hub of the wheel, Alastair Crooke writes.

How the world appears all depends on whether your gaze is firmly focussed on the hub of the wheel, or alternatively, were you to watch the wheel’s rotation around the hub – and the bearing it follows – you would see the world differently.

Looked at from a DC-centric perspective, all is still: Nothing (as it were), is moving geo-politically. Was there an election in the U.S.? Well, certainly there is no longer an ‘Election Day’ event as the new mechanics of ballots vs in-person voting, commencing up to 50 days earlier, and ploughing on, weeks after, has become far removed from the old notion of having ‘an election’, and an aggregate macro outcome.

From this ‘centric’ viewpoint, the Midterms change nothing – stasis.

So many of Biden’s policies were already in stone anyway – and beyond the ability of any Congress to change in the short run.

New legislation, if there were any, could be vetoed. And should the election ‘month’ end with the House controlled by Republicans and the Senate controlled by Democrats, there might not be any legislation at all, because of partisanship and an inability to compromise.

More to the point, Biden anyway can rule for the next 2 years through Executive Order and bureaucratic inertia – and not need the Congress at all. In other words, the composition of Congress may not matter that much.

But now, turn your gaze to the rotation around the ‘hub’, and what do you see? The rim spinning wildly. It seizes more and more traction on the ground and has clear directionality.

The biggest pivot around the hub? Well probably, President Xi of China travelling to Riyadh to meet Mohammad bin Salman (MbS). The wheel rim here digs deep for a firm grip on bedrock, as Saudi Arabia makes its pivot toward the BRICS. Xi likely is going to Riyadh to seal the details of Saudi’s accession to the BRICS and the terms of China’s future ‘Oil Accord’ with Saudi Arabia. And that may be the beginning to the end to the petrodollar system – as whatever is agreed in terms of the Chinese mode of payment for oil will mesh with Russo-Chinese plans eventually to move Eurasia onto a new trading currency (far away from the dollar).

Let’s be clear: The minister just told the U.S. to go sc**w itself. This unleashing of raw anger comes just as Turkey has agreed to join with Russia to establish a new gas hub in Turkey and is participating with Russia in a massive oil and gas investment and co-operation deal with Iran. Turkey too, is veering BRICS-wards.

And, as Turkey veers away from one ‘hub’, much of the Turkic sphere will take Turkey’s lead.

These two events – from Xi’s meeting with MbS’ thumbing his nose at the U.S., to Turkey’s fury at the terrorism in Istanbul – clearly dovetail together to mark a strategic Middle East pivot – both in terms of energy and monetary frameworks, towards the unfolding Eurasian free trade sphere.

Then comes the news from last Thursday: Iran says that it has developed a high-precision hypersonic missile. General Hajizadeh said the Iranian hypersonic ballistic missile can reach more than five times the speed of sound and, as such, it will be able to breach all present systems of anti-missile defence.

Simply put: Iran essentially already is a nuclear threshold state (but not a nuclear weapons state). The remarkable technical achievement of producing a hypersonic high-precision missile (which still eludes the U.S.), is a paradigm-changer.

Strategic nukes make no sense in a highly mix-populated, small Middle East – and now, there is no need for Iran to move towards becoming a weapons state. So, what would be the point to a complicated containment strategy (i.e. the JCPOA), oriented towards hindering an outcome that has become overtaken by new technology? A hypersonic ballistic missile capacity makes tactical nukes redundant. And hypersonic missiles are more effective; more easily deployed.

The problem for the U.S. and Israel is that Iran has done it – it has leaped beyond the JCPOA containment cage.

On top of that, a few days earlier, Iran also announced that it had launched a ballistic missile, carrying a satellite into space. If so, Iran now has ballistic missiles capable of reaching, not only Israel, but Europe too. Furthermore, Iran is reported to soon receive 60 SU-35 aircraft, as just one part to its rapidly evolving relationship with Russia, sealed last week with Nikolai Patrushev (Russia’s Security Council Secretary) in Tehran.

Again, to be clear, Russia has just acquired a highly potent kinetic force multiplier; access to Iran’s sanctions-busting rolodex of contacts and strategies, and a full partner to Moscow’s big play of Eurasia becoming a commodities super-oligopoly.

Simply put, as Iran enlists as a force multiplier to the Russia-China axis, so too will Iraq, Syria, Hizbullah and the Houthis slip along a somewhat similar trajectory.

This makes sense. Turkey prizes its Turkic civilisational heritage. Iran clearly is a civilisational state, and MbS plainly wants his kingdom to be widely accepted as one, too (and not as just a U.S. dependency). The point of the SCO format is that it is ‘pro-autonomy’ and is opposed to any singularity of ideology. In fact, by being civilisational in concept, it becomes anti-ideological and opposed to tight binary (with us, or against us) alliances. Membership does not require endorsement of each other partner’s particular policies, provided they do not impinge on others’ sovereignty.

In effect, the whole of West Asia – to one degree or another – is being lifted up into this evolving Eurasian economic and security paradigm.

And, simply said, since Africa is already enlisted into the China camp, the African component to MENA is trending strongly Eurasia-wards, as well. The Global South’s affiliation too, largely can be taken for granted.

Where does this leave the old ‘hub’? It has Europe fully in its control. For now, yes…

However research published by France’s École de Guerre Economique suggests that whilst Europe has, since WW2, “lived in a state of the unspoken” in respect to its full-spectrum dependency on Washington, as Russia sanctions take their catastrophic effect on Europe, “a very different state of affairs takes hold”. Consequently, politicians, and the public alike, struggle to identify “who truly is their enemy”.

Well, the collective view, based on interviews with French intelligence experts (i.e. the French Deep State) is very clear: 97% percent consider the U.S. to be the foreign power that “most threatens” the “economic interests” of France. And they see it as a problem that must be resolved.

Of course, the U.S. will not easily let Europe go. Nonetheless, if parts of the Establishment can speak thus, then something is moving and afoot, beneath the surface. The report underlines naturally that the EU might have a trade surplus of 150 billion euros with the U.S., but the latter would never willingly allow this to translate into ‘strategic autonomy’. And any gain in autonomy is achieved against the constant backdrop of – and more than offset by – “strong geopolitical and military pressure” from the U.S. at all times.

Could the Nord Stream sabotage have been the straw that broke the camel’s back? In part, it was a trigger, but Europe hides its diverse old hatreds and long-nursed vindictiveness under ‘a Brussels lid of easy money’. But this pertains only so long as the EU remains a glorified ATM – states insert their debit-cards and withdraw cash. The concealed animosities are repressed, and monetarily lubricated into quiescence.

The ATM however, is in trouble (economic contraction, de-industrialisation and austerity cometh!); and as the ATM withdrawals’ window winnows down, so too the lid holding down the old animosities and tribal feelings will not hold for long. Indeed, the demons are rising – and are readily visible even now.

And finally, will the Washington ‘hub’ hold? Does it retain the resources to manage so many stress-test events – financial, systemic and political – all arriving synchronistically? We must wait to see.

In retrospect, the ‘Hub’ is not ‘on the move’. It has moved already. It is just that so many are stuck seeing an ‘empty space’ that once was occupied by something past, but which somehow still somehow lingers on, in visual memory, as a ‘shade’ of its earlier solidity.

De-Conflicting With the West: Will the Valdai Blueprint Work?

The Importance Of Properly Framing The New Cold War

Putin: ‘The Situation Is, to a Certain Extent, Revolutionary’