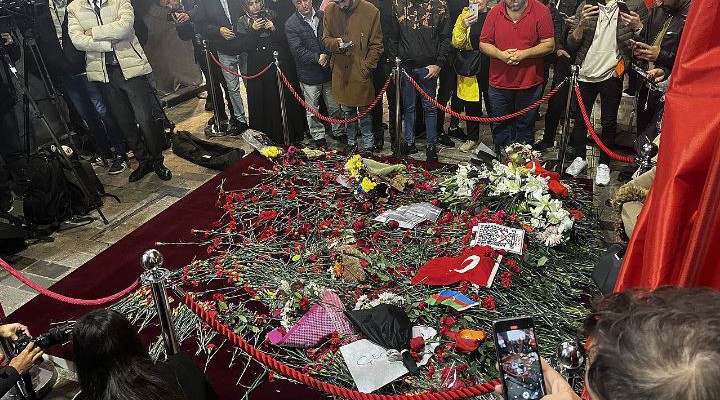 By Max Abrahms and Joseph Mroszczyk

Following the 13 November bombing that killed six Turkish nationals and injured over 80 others on a crowded Istanbul shopping street, the Turkish government placed the blame squarely on Kurdish militants—namely, the Kurdistan Workers’ Party (PKK) and the Syrian-based Kurdish People’s Protection Units (YPG), which Ankara describes as a PKK offshoot. Authorities swiftly fingered and then arrested Ahlam Albashir as the perpetrator, a Syrian national who allegedly planted the bomb at the behest of the PKK and YPG. A longtime opponent of Kurdish separatism, President Recep Tayyip Erdogan attributes almost all terrorist attacks inside Turkey to Kurdish militants. Since the late 1970s, these militants have been fighting against Turkish authorities in a bloody conflict that has cost tens of thousands of lives. The PKK is officially designated as a terrorist group not only by Turkey, but also by the United States, European Union, and the United Kingdom.

For this explosion last Sunday, however, the PKK has denied organizational involvement. The leadership posted on its website, “It is out of question for us to target civilians in any way.” The YPG also “categorically denies” any link to the alleged attacker. The Kurdish-led Syrian Democratic Forces, which envelops the YPG, likewise proclaims that “our forces have nothing to do with the Istanbul bombing.” These denials may, in fact, be genuine. It is quite possible that the PKK has nothing to do with the bombing. The Islamic State group has perpetrated several mass-casualty attacks in Turkey over the past decade. And the PKK has been exercising more tactical restraint in recent years when it comes to harming civilians. Whether the PKK or the YPG actually carried out the terrorist attack will be the subject of further inquiry and debate.

But these developments raise an interesting question. Why would the PKK withhold taking credit for the deadliest terrorist attack in Turkey in more than five years? The bombing was operationally successful by killing Turks and sowing terror throughout the country. Even if the PKK was not actually involved, it could still take credit in the hopes of attracting attention to the Kurdish cause, demonstrating the ferocity of its supporters, and claiming some form of victory.

This behavior is puzzling for political scientists who have long assumed that terrorism is strategic behavior that works as a violent communication strategy to amplify the grievances of the perpetrators and demonstrate the costs of political non-compliance. In the dominant theoretical paradigm called the Strategic Model of Terrorism, terrorist attacks are an immoral but effective strategy for aggrieved groups to coerce government concessions in order to stave off future civilian pain.

Empirical research on the effects of terrorism has overturned the Strategic Model. Contrary to terrorism theory, attacks on civilians have been found to reduce the likelihood of the perpetrating group obtaining government concessions. Terrorist attacks tend to rally support away from the perpetrators and toward the government, hardening the resolve to defeat the group. As a consequence, terrorism is generally counterproductive by weakening the perpetrators and encouraging the target government to dig in its political heels.

Based on this empirical record of backlash, smart terrorist leaders have adapted their public relations strategy by withholding organizational responsibility when attacks indiscriminately harm civilians. To distance themselves from such counterproductive attacks, Max Abrahms and Justin Conrad discovered in a study of hundreds of terrorist groups around the world that they are significantly more likely to claim credit when the government is targeted rather than civilians, which depress credit claiming rates.

In Afghanistan, the Taliban leadership eagerly assumed responsibility for selective attacks against military and other government targets, but veiled organizational involvement when operatives committed indiscriminate bloodshed. For instance, the Taliban was quick to assume credit when operatives ambushed Mohammad Qasim Fahim, leader of the alliance that toppled the Taliban in 2001, on a road in northern Kunduz in July 2009. Not only does the leadership publicly celebrate such selective attacks, it even claims credit for those committed by other organizations, such as when the Haqqani network struck Afghan or NATO installations in Khost, Paktia, or Paktika.

By contrast, the leadership released the following statement when operatives struck the International Committee of the Red Cross in Jalalabad: “The Islamic Emirate of Afghanistan wants to clarify to everyone that it was neither behind the May 29th attack on the I.C.R.C. office in Jalalabad city nor does it support such attacks.” Similarly, the Somali terrorist group al-Shabaab has been prudent in its credit-claiming, distancing itself from major attacks against civilians while claiming credit for other attacks targeting Somali security forces and other government officials. Groups as diverse as the Al Qaeda in the Islamic Maghreb, the Irish Republican Army, the Tamil Tigers of Sri Lanka, Maoist insurgents in India, and the Revolutionary Armed Forces of Columbia (FARC) have all practiced a “denial of organizational involvement” strategy when members of their group risked undermining it by targeting the population.

The PKK leadership generally follows these “rules for rebels” by exhibiting discretion over which attacks to claim. The organization was quick to claim credit for an attack on a police building in the Mersin province in September but denied any responsibility for a July roadside bomb that killed a Danish cycler in the Kurdistan region.

Terrorists have learned that not all attacks are equal in terms of their effects. Target selection matters. The PKK—and scores of other terrorist groups that recognize the negative effects of civilian violence like over the weekend in Istanbul—understand how to manipulate their image to maximize the odds of political success.

Max Abrahms (@MaxAbrahms) is an Associate Professor of Political Science at Northeastern University and Senior Fellow at the Institute for Peace & Diplomacy. Joseph Mroszczyk is an Assistant Professor at the US Naval War College.