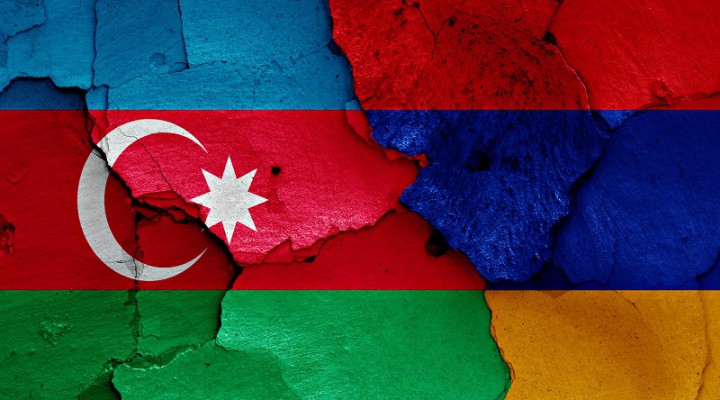 Azerbaijan’s undeclared special military operation against Armenia is the most destabilizing development to happen along Russia’s periphery since the latest US-provoked phase of the Ukrainian Conflict began in February. It could even ultimately prove to be a game changer in the worst way possible for Russian interests at the most sensitive time for its own special military operation considering last weekend’s setback in Ukraine.

Armenia and Azerbaijan blamed one another for reigniting hostilities along their shared border on Tuesday, the related tensions of which are connected to the Karabakh Conflict that has yet to be fully resolved despite November 2020’s Moscow-mediated ceasefire, which resulted in Baku reportedly attacking targets inside of its neighbor’s universally recognized territory. A mission led by the CSTO’s Secretary General will be sent to Armenia to investigate what just happened, but fighting still continues as of Wednesday morning local time. For all intents and purposes, it appears as though Azerbaijan is conducting is own “special military operation” against Russia’s mutual defense ally.

The exact sequence of events leading up to this latest violence has yet to be determined, but it’s still possible to piece together what happened. Prior to doing so, some context should be shared. First, Russian peacekeepers deployed to the parts of Karabakh that remain outside Baku’s control as a result of November 2020’s ceasefire, but armed Armenian groups have yet to vacate the area in accordance with that pact. Second, political unrest rocked Armenia after the ceasefire was agreed to. Third, Azerbaijan signed a declaration on allied cooperation with Russia in February 2022. Fourth, the CIA chief visited Yerevan in July. And fifth, Russia just accused the EU of wanting to push it out of the region.

The abovementioned facts reveal several relevant trends. First, Armenia remains reluctant to fully comply with the November 2020 ceasefire, but this procrastination hasn’t saved the government from becoming the object of many people’s fury. Second, the targeted authorities – just like any their peers whenever they come under significant pressure – might have calculated that they can distract the population on a patriotic basis. Third, Armenia re-embraced Russia after the November 2020 ceasefire following recent years of courting the West but still remains unreliable. Fourth, Azerbaijan has also since moved closer to Russia, but fifth, Baku still has close ties with Ankara, Brussels, and Washington.

This lead-up to the latest violence therefore suggests that Russia’s historical position in the South Caucasus has become much more complicated since the November 2020 ceasefire. Far from being the indisputable regional leader like it used to be, its influence is now being challenged by Turkey and the West. The first-mentioned and Azerbaijan are mutual defense allies since the June 2021 Shusha Agreement while the second is equally courting Baku and Yerevan through various outreaches by the EU and the US. The latter observation likely contributed to Russia’s inability to convince Armenia to fully comply with the November 2020 ceasefire.

Against this backdrop, it becomes comparatively clearer what probably transpired earlier this week. Azerbaijan apparently lost its patience with Armenia’s refusal to withdraw its unconventional forces from Karabakh, which Baku considers to be terrorists but Yerevan praises as patriotic defenders of their historical land. Accordingly, Azerbaijan concluded that the only way to force Armenia to comply with its legal obligations is to strike targets within its universally recognized territory that are considered to be supporting those same unconventional forces in some capacity or another. Regardless of the legal basis upon which Baku presumably planned to build its case, this still represents a significant escalation.

Unlike Russia which made a final diplomatic push for peace ahead of its own special military operation that it commenced in Ukraine in order to restore the integrity of its national security red lines that NATO had crossed, Azerbaijan chose not to draw attention to the fact that it was planning to commence unilateral military action in defense of what it considers to be its interests. Furthermore, the perceived threat posed by Armenia to Azerbaijan is nowhere near the existential one that NATO latently posed to Russia in Ukraine ahead of Moscow’s military intervention there. Not only that, but Baku also clearly waited until Moscow experienced a military setback in Ukraine before launching its operation.

All of this suggests that Azerbaijan’s actions, for as legally justified as it might compellingly argue that they are, went against the spirit of its allied cooperation pact with Russia that was agreed to a little over half a year ago. After all, Moscow was clearly caught off guard by Baku’s preplanned escalation, which also cleverly carried with it some superficial similarities to its own special military operation in Ukraine so as to preemptively deflect criticism from the Kremlin. In spite of these optics, however, the West’s response has largely been muted. That in turn led to some speculating that Baku coordinated its military actions with Brussels and Washington, or at least tipped them off ahead of time.

In reality, the West is likely just behaving in as strategically opportunistic of a manner as possible since its leaders probably calculated that any outbreak of violence along Russia’s periphery is advantageous to their larger interests of dividing Moscow’s military focus. The US would silently celebrate a larger conflict in the South Caucasus no matter what it publicly says to the contrary since that development could distract Russia from Ukraine. In the worst-case scenario, it might be forced to dispatch more troops to its mutual defense allies in Armenia so as to preserve the integrity of the CSTO’s raison d’être, thus limiting the reserves that it could send to Ukraine and therefore weakening its position here.

Nevertheless, even though Azerbaijan’s actions are unfriendly to Russian interests and clearly play into the West’s, it still probably didn’t coordinate or even telegraph its intentions to the latter. More than likely, Azerbaijan only informed Turkey about this ahead of time and those two agreed to Baku’s unprecedented military escalation in order to put maximum pressure on Yerevan for the purpose of finally coercing it into fully complying with the November 2020 ceasefire. Both would have obviously predicted how the optics would be interpreted by Russia but still went ahead with it anyhow since they likely calculated that Moscow wouldn’t preemptively thwart their plans nor stop them afterwards.

That said, there are clear limits to how far Azerbaijan can go with its undeclared special military operation against Russia’s mutual security allies in Armenia before Moscow is compelled to intervene irrespective of the consequences that this could have for its ongoing mission in Ukraine in order to uphold the integrity of the CSTO’s raison d’être. Failing to do so and thus possibly allowing Azerbaijan (and potentially also NATO-member Turkey) to occupy parts of Armenia’s universally recognized territory (even if only temporarily) would result in Russia’s Central Asian partners losing faith in this Kremlin-led alliance, which could lead to a chain reaction of security crises in that strategic region.

Although Azerbaijan probably doesn’t have any such intentions of catalyzing those grand strategic consequences and might therefore wisely decide not to cross Russia’s red lines in Armenia, it shouldn’t automatically be assumed that its Turkish ally shares the same possible respect for Moscow’s regional security interests. In fact, Ankara might have cynically calculated that encouraging Baku to cross those same red lines or possibly even doing so itself could restore Turkey to its wayward Western allies’ good graces ahead of next summer’s general election. This could preempt their predictable meddling against President Erdogan if he proves himself capable of so seriously damaging Russian interests before then.

With this scenario in mind, which can’t be credibly dismissed considering the confluence of strategic factors at play, it can be concluded that Azerbaijan’s undeclared special military operation against Armenia is the most destabilizing development to happen along Russia’s periphery since the latest US-provoked phase of the Ukrainian Conflict began in February. It could even ultimately prove to be a game changer in the worst way possible for Russian interests at the most sensitive time for its own special military operation considering last weekend’s setback in Ukraine. If diplomatic means don’t successfully resolve this latest crisis, then it could quickly escalate in very unpredictable and dangerous ways.