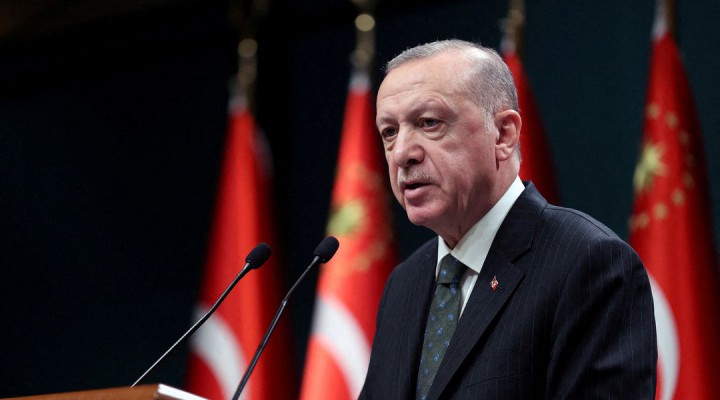 Is the Turkish president serous about wanting to cooperate with Syria?

Turkish Foreign Minister Mevlüt Çavuşoğlu surprised a lot of people when he announced — following President Erdoğan’s talks with his Russian and Iranian counterparts in Tehran — that his country would extend “all kinds of political support” to Syria to expel “terrorists” (meaning the Kurdish SDF and PKK) from the region. He added that Turkey had previously discussed the subject with the Iranians.

The surprise came because this is the first time such categorical language has been used since the Syrian war was started 11 years ago and Turkey threw its lot in with the US- and Gulf-funded armed groups seeking ‘regime change’. Turkey has also recently amassed tens of thousands of troops on the Syrian border and Erdogan has threatened to invade to set up a 30-km wide buffer zone where the 3.7 million Syrian refugees can be relocated. He wants to get rid of them before next year’s presidential elections, implausible as that may be.

or his intentions. Sources close to the Syrian authorities told this newspaper it was being viewed as a mere ‘”manoeuvre” or “trial balloon.”

This scepticism is reinforced by the fact that, despite his troop build-up and all his bluster for the past month or so aimed at intimidating Syria, Erdoğan

has yet to actually launch his much-vaunted attack. He knows that starting a regional war that could last for months would be ruinous for Turkey and could lead to his party being ousted for power.

The Syrian leadership doesn’t trust Erdogan or take his policy flip-flops too seriously. It knows he is in a difficult position both at home in the region –after his overtures towards Egypt, Saudi Arabia, and the UAE failed, his bases in northern Iraq came under rocket attacked. His relations with Russia also deteriorated after-he failed to comply with the Sochi Agreement concluded three years requiring the removal of terrorist-designated groups from Idlib, tried to play both sides in the Ukraine crisis, restricted the passage of shipping through the Bosporus and Dardanelles straits, and sold offensive drones to Ukraine that did serious harm to Russian forces.

The Russians and Syrians are like are also concerned that Çavuşoğlu referred only to Kurdish ‘terrorism’ and not the terrorist-designated groups in Syria that Turkey arms, supports, and protects on the grounds that they are ‘moderate’. Erdogan went to visit the capitals and engage with the leaders of all his main adversaries — Egypt, the UAE, Saudi Arabia– but never sought any dialogue with Syria or its president.

— The progress made in talks between the Syrian and Kurdish sides (SDF) about strengthening cooperation against a prospective Turkish assault. Russia supports this collaboration and the incorporation of the SDF in the Syrian army.

— The stated opposition of Germany, effectively representing the EU, to any such attack. Foreign Minister Annalena Baerbock said while visiting Turkey that this would only strengthen ISIS/Daesh and other terrorist groups.

— The Syrian defence ministry’s announcement that the army is on high alert to repel any aggression by Turkey or its proxy militias.

— Turkish opposition coalition leader Kemal Kılıçdaroğlu’s unveiling of a plan to repatriate all Syrian migrants in agreement with the Syrian state, accompanied by an EU-funded reconstruction drive in which Turkish contractors would play a major role.

Erdoğan’s big problem is that time is no longer on his side. He lacks the desire and/or ability to resolve the situation in Idlib, and the Syrian Kurds are drawing closer to Damascus after being abandoned by US forces colluding in the planned Turkish assault. Crises are accumulating for the Turkish president on many fronts.

It would be a good idea for Erdoğan to re-direct his compass towards Damascus if he was sincere, and to start rebuilding confidence. He could have begun repairing relations if he had heeded President Putin’s advice at the Sochi Summit to reactivate the 1998 Adana Agreement.

Erdoğan is in deep trouble. Relations with all his country’s neighbours are tense, its domestic economic crisis is worsening, and the Ukraine crisis may have lost him Russia without gaining him the US.