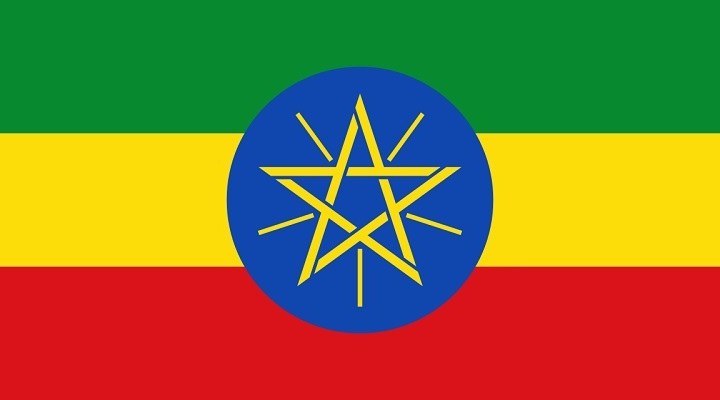 Exclusive- The Ethiopian government’s recent decision to grant amnesty to eight individuals as part of its inclusive national dialogue plans caught everyone by surprise. The Government Communication Service’s statement about this move included the following highlights:

“One of the moral obligations of a victor is mercy. To this end the Ethiopian government took the initiative to pardon some prisoners for the betterment of the political situation…Its purpose is to pave the way for a lasting solution to Ethiopia’s problems in a peaceful, non-violent way. Especially with the aim of making the all-inclusive national dialogue a success. It is believed that those given amnesty have learnt from the past and will hopefully make a better contribution to their country and to the people of Ethiopia.”

“After our victory we will hold four things as our principles. First, we will ensure our victories will be sustainable. Second, to ensure the sustainability of our victories, we will complete it with a political and a peaceful path. Third, we will calm the tension that the conflict has caused through the spirit of mercy while maintaining our winner mentality. Fourth, we will ensure an all inclusive, renewed and culturally relevant justice system. These four principles are mutually exclusive and do not replace one another. We will implement them as necessary.”

He shared some more words about this a few days later while inauguring the new Ministry of Defense building:

“What we want our brothers and sisters to understand is that we were also shocked when we first heard about this. But after taking time to understand the situation, it is a decision that will bring sustainable benefits to Ethiopia, diminish Ethiopia’s numerous enemies. It is a decision that will guarantee us victory outside of the battlefront. This is the truth and we accept it despite its bitterness. And I humbly call upon you to think thoroughly and accept this decision for the sake of your country’s sustainable victory and dignity.”

From this, it’s possible to better understand the strategic calculations that contributed to the government’s decision. Before describing them, however, it must be noted that granting amnesty to those individuals elicited a very loud reaction from quite a few forces within the country.

PM Abiy’s second-mentioned address directly acknowledged this. He noted that those who disliked this decision could be divided into two groups. According to him, the first dislike it whenever Ethiopia’s at peace and will always try to provoke conflict at every opportunity. Put another way, they oppose everything that the government does but don’t ever propose any constructive solutions. The second group, meanwhile, are genuinely patriotic people who hate the enemy and any conversations with them. PM Abiy described them as sincere and promised that the government will listen to them.

Everyone has the right to hold an opinion about anything, especially Ethiopians about their own country, but it should always be expressed responsibly. What’s meant by this is that disappointment mustn’t morph into demagoguery. It’s completely understandable that many people have some very powerful emotional reactions to what just happened, but they mustn’t allow themselves to be influenced by the pernicious suggestions of anti-unity forces who are actively attempting to exploit their feelings for the purpose of dividing the national unity cause.

The purpose of the present analysis is to share a well-intended interpretation of what the government meant to achieve through its latest decision. This will hopefully provide some further clarity into what happened and why, which might help folks better understand the larger strategic dynamics connected to Ethiopia’s inclusive national dialogue. Once again, everyone’s entitled to their own opinion – especially Ethiopians about their own country – but those who are disappointed by this amnesty move might consider changing their views once they think about it from a different angle.

From the three official statements that were cited earlier in this piece, it can be concluded that this decision went through the proper channels and wasn’t a random unilateral move at the behest of one or another official. Rather, it was carefully thought out and predicated on strengthening the inclusive national dialogue about all issues of national relevance. The purpose is to reach a more perfect socio-political compact between Ethiopia’s many diverse people and its federal government. It wasn’t meant to offend any particular group no matter how painful the news about this might have been to some.

Some critics have questioned why the public wasn’t informed about this in advance, but that might have been due to the ultra-strategic nature of this decision. Decisions such as these sometimes have to be made secretly in order to prevent their opponents from preemptively undermining their intended effect. To elaborate on what the Ethiopian government might have aimed to achieve, one should recall the passages from the earlier cited statements concerning the victors’ mercy towards the defeated, improving the success of the inclusive national dialogue, and diminishing Ethiopia’s numerous enemies.

They hint that this was move was meant to symbolize the government’s victory over the anti-unity forces, express its sincere intent to appeal to diverse segments of the population (especially those that might espouse anti-government views but haven’t committed acts of terrorism against it that would disqualify them from participating in the inclusive national dialogue process), and divide the state’s remaining opponents. These motivations deserve to be further elaborated upon since they haven’t been given much attention in the public discourse, especially on social media.

Regarding the first, it’s the victor that has the prerogative of extending mercy to the defeated, not the reverse. Furthermore, Ethiopian governments have extended amnesty to some of their opponents all throughout this civilization-state’s millennia-long history so the latest move isn’t unprecedented. It should also be mentioned that forgiveness is one of the principles associated with the Medemer philosophy that PM Abiy has promoted over the past four years. This makes the decision fully consistent with the spirit of peaceful dialogue that the government is encouraging.

The second motivation concerns the need for all responsible members of society to participate in the inclusive national dialogue regardless of their political views so long as they haven’t disqualified themselves by committing acts of terrorism. There are those in Ethiopia that sympathize with anti-government forces for whatever reason, but as long as they’re eligible to participate in this process, then they shouldn’t be excluded or felt like they are. It might be painful for some very patriotic forces to acknowledge, but these people’s views shouldn’t be discounted or the process won’t be truly inclusive.

Finally, the third driver behind this decision builds upon the second and could be the most strategic if it succeeds. That’s the possibility of this amnesty move encouraging those non-terrorist political factions affiliated with the released individuals to participate in the inclusive national dialogue. This could be a game-changer if it emboldens those in Tigray, where a diversity of political movements veritably exists despite being viciously suppressed by the TPLF at the moment. Their involvement in the planned process could represent a tipping point that inspires their followers to rise up against their oppressors.

Having explained all of this, it’s clear that the government truly had Ethiopia’s best long-term interests in mind when making its amnesty decision, though it’s also understandable why this news was very painful for some patriotic forces. Everyone’s entitled to their opinion and the responsible expression thereof, but those who are still disappointed should remain aware that anti-unity force will perniciously attempt to exploit their emotions in order to weaken the national unity cause. Even though it might take some time, however, it’s inevitable that Ethiopia will emerge stronger than ever before because of this.