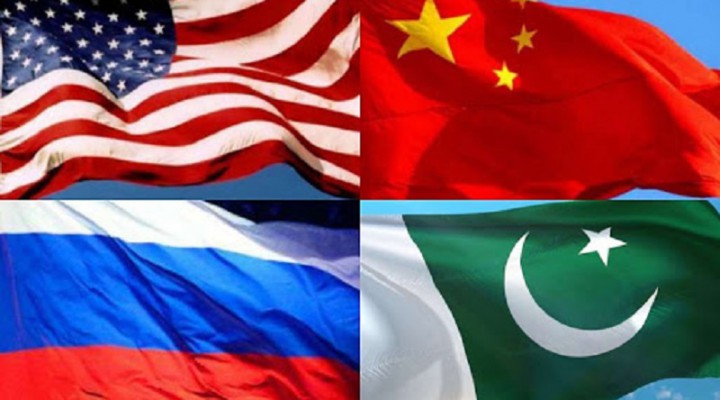 India’s and Iran’s refusal to participate in the Extended Troika on Afghanistan alongside Russia, Pakistan, China, and the US due to New Delhi’s reluctance to publicly talk to the Taliban and Tehran’s disagreements with Washington means that this peacemaking structure will always remain incomplete even though it’ll still likely manage to accomplish most of its goals without them.

The Extended Troika comprised of Russia, Pakistan, China, and the US is arguably the world’s most important peacemaking structure at the moment considering the pivotal role that it’s playing in shaping the future of Eurasia upon the US’ military withdrawal from Afghanistan by the end of August. These four countries are coordinating their efforts to facilitate a political solution to the ongoing Afghan Civil War even if their interactions are imperfect and a tangible outcome has yet to be achieved. All four of them are finally on the same page with respect to their shared geo-economic vision for post-war Afghanistan related to the landlocked country functioning as the irreplaceable transit state for advancing Central Asia-South Asia connectivity.

Russia hoped that India and Iran would also join this structure due to the stakes that they have in Afghanistan’s future, but this has yet to happen due to New Delhi’s reluctance to publicly talk to the Taliban (which is a precondition for participation) and Tehran’s disagreements with Washington. This means that the Extended Troika will always remain incomplete. India will consequently have difficulty ensuring and expanding its entrenched economic interests in Afghanistan just like Iran will struggle to do the same as well as defend its security interests there too. By voluntarily declining to take a seat at the table where all relevant stakeholders are determining this interconnected region’s future, India and Iran are depriving themselves of opportunities.

In their leaderships’ minds, they’re apparently prioritizing optics over substance after calculating – whether rightly or wrongly – that it’s better to maintain their images than risk the potential soft power consequences connected with backtracking on their present policies of pertinence. To explain, India wants to show the world that it’s consistently opposed to the Taliban, which its Hindu nationalist government insists its an irredeemable terrorist group. Iran, meanwhile, doesn’t want to discuss anything with the US even in a multilateral framework until bilateral ties first improve since it’s concerned that doing otherwise might project an image of weakness when it comes to the nuclear talks and other seemingly more pressing issues for it such as Gulf security.

The emerging situation is such that India’s and Iran’s voluntary decisions to remain outside the Extended Troika place them in a position to act as spoilers to the Afghan peace process. Nevertheless, the likelihood of them successfully perpetuating the ongoing civil war there for any significant length of time is low. That’s because the Taliban controls a sizeable length of the country’s borders, Iran’s new principalist (“conservative”) government might also understandably feel uncomfortable facilitating the Indian Air Force’s overflights through its airspace to continually resupply US-backed Kabul, and New Delhi might rightly wager that the expected costs of such a campaign far outweigh the expected benefits. Even so, this is a scenario that shouldn’t be totally dismissed.

Part of the reason why Russia presumably wanted both of them to participate in the Extended Troika was to reduce the chances of this happening. If India and Iran felt empowered by this peacemaking structure and were confident that it could most effectively ensure their respective interests, then they’d be less likely to speculatively contemplate various ways to unilaterally (or perhaps even jointly with one another) promote their goals at others’ possible expense. Regrettably, neither of their leaderships want to risk the potential soft power consequences connected with backtracking on their present policies of pertinence. So long as they don’t meddle in Afghanistan, though, then none of the Extended Troika’s members have much to worry about.

In the event that one or both of them end up doing something disruptive, then they might worsen their ties with all four of that peacemaking structure’s members. The US might not be too concerned for the short term, especially if India’s responsible for stirring up trouble, since such a development would temporarily offset its Russian and Chinese rivals’ connectivity plans though as at the expense of America’s own. Be that as it may, the US can strategically afford to delay the Central Asia-South Asia integration process for the time being since the interim period of uncertainty would be more counterproductive to those two’s interests than its own, but this destabilizing scenario would still stand no choice of materializing if India and Iran joined the Extended Troika.