HOME / WORLD / Russia Is Right To Regard The Taliban As Reasonable 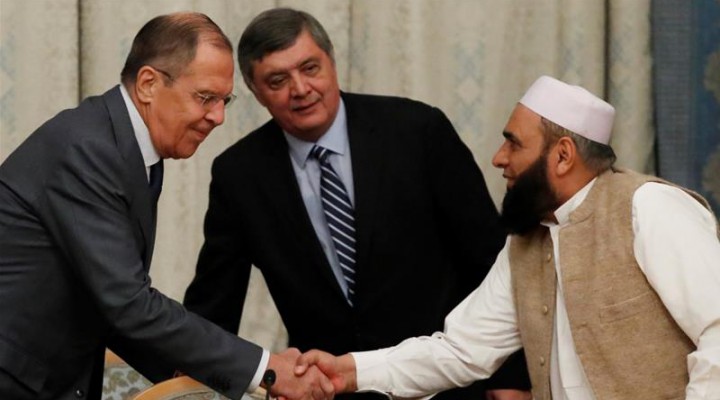 Russian Foreign Minister Sergey Lavrov’s recent remark that his country regards the Taliban as “reasonable people” prompted a discussion about why exactly Moscow holds this position towards a group that it still officially designates as terrorists.

The Taliban’s cautious welcoming into the international community is proceeding apace after Russian Foreign Minister Sergey Lavrov recently remarked that his country regards the group as “reasonable people” despite still officially designating them as terrorists. This was the impression that he was left with after he and his diplomats had extensive interactions with the Taliban over the years during the course of their several visits to Moscow, the most recent of which was in early July, as part of the Afghan peace process. They promised not to threaten the Central Asian Republics, reiterated their commitment from last year’s peace deal with the US to not host any foreign militants, and expressed hope of reaching a peaceful political settlement to their country’s ongoing civil war.

Regardless of whatever they reportedly do within their own country, some actions of which arguably constituted terrorism in the past and thus explain their current designation by the Russian authorities, there’s no other way to describe their policy pronouncements while in Moscow as anything other than reasonable. Russian Foreign Ministry spokeswoman Maria Zakharova earlier clarified that there’s no contradiction between her country talking to the Taliban while still designating it as terrorists because such pragmatic dialogue in the name of peace is encouraged by a relevant UNSC Resolution from last year. Russian Special Presidential Envoy to Afghanistan Zamir Kabulov also suggested last week that the Taliban could actually advance his country’s regional anti-terrorist goals by fighting against ISIS-K and other terrorist groups in Afghanistan.

These facts mean that Russia and the Taliban are equally reasonable actors, both when it comes to their own relevant policies as well as their interaction with one another. Russia will not interfere in Afghanistan’s domestic affairs and acknowledges that the Taliban is a mighty force to be reckoned with there. It’s also internationally recognized as a political actor through the earlier mentioned UNSC Resolution that endorses pragmatic political dialogue with the group in the name of peace. As for the Taliban, it’s reasonable for them not to threaten the region since they would have nothing to gain by doing so as they’re a strictly domestically focused movement. They wouldn’t want to squander all their hard-earned international goodwill in recent years whether by doing that, stubbornly insisting on a military solution to their civil war, or hosting foreign militants.

In terms of the bigger picture, Russia’s and the Taliban’s strategic goals largely intersect, at least on the official level. Both reasonable actors are in support of a peaceful solution to the ongoing Afghan Civil War. They’re also fiercely opposed to ISIS-K and other terrorist groups. Another one of their shared goals is regional stability since both expect to profit from February’s agreement to built a Pakistan-Afghanistan-Uzbekistan (PAKAFUZ) railway for connecting Central & South Asia. This game-changing project incentivizes all regional stakeholders to work together in the name of peace so as to mutually benefit from the trend of transregional integration in this geostrategic space. Unilaterally undermining it through irresponsible and unreasonable actions would harm everyone’s interests. It’s therefore understandable that Russia and the Taliban are close dialogue partners.