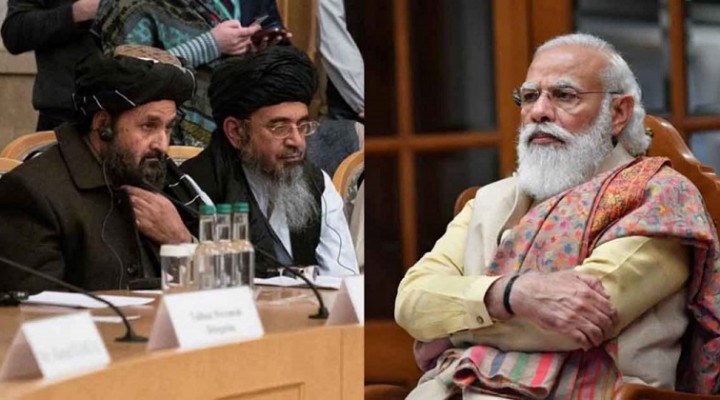 The Taliban’s latest condemnation of India for its unsolicited comments about the upcoming talks in Doha and New Delhi’s alleged arming of Kabul spell trouble for the Afghan peace process but might still not be enough to spoil everything that’s been set into motion since the US announced its impending military withdrawal from the country.

Taliban spokesman Suhail Shaheen told Sputnik that the group condemns India’s unsolicited comments about the upcoming talks in Doha after External Affairs Minister Jaishankar said that “The world wishes to see an independent, sovereign, democratic and stable Afghanistan at peace with itself and with its neighbours but its independence and sovereignty will only be ensured if it is free from malign influences.” Shaheen told the outlet that “No one from outside should spoil the process by intervening in it and making their own suggestions based on their politically-motivated ambitions. It is a clear intervention that a certain country tells the Afghan people what kind of government they should have in future.”

He also added that “They have to re-consider whether they are working for peace or war in Afghanistan. Media reports say India is providing weapons to the Kabul regime which everyone knows was imposed on the Afghan people by a foreign occupation. The weapons the regime are receiving is used against the people of Afghanistan. This is hostility with the Afghan people and (is tantamount to inciting war in the country).” These accusations are alarming and spell trouble for the Afghan peace process, but they might still not be enough to spoil everything that’s been set into motion since the US announced its impending military withdrawal from the country.

I earlier explained “Why The Afghan Civil War Will Not Turn Into A Proxy War”, pointing out that India might be unable to realistically provide the requisite military support to Kabul for turning the tide against the Taliban if Iran’s new principalist (“conservative”) government refuses to allow it to exploit the Islamic Republic’s airspace for that dangerous zero-sum purpose. Even in the off chance that it did, such a move would risk worsening India’s recently improved relations with Russia. The Kremlin is against the foreign-backed perpetuation of the Afghan Civil War since its “chess” game aims to utilize that country as a transit state for facilitating Central Asia-South Asia connectivity through PAKAFUZ, the Pakistan-Afghanistan-Uzbeksitan railway agreed to in February.

“The US, China, India, Pakistan, And Russia Are Reshaping South Asia”, as I wrote late last month, but India is the only one of those five that might seriously consider spoiling the Afghan peace process even if it stands little chance of succeeding in anything other than the short term. I explained to India’s ThePrint a few weeks back how their country ended up sidelined in Afghanistan, which was primarily due to its refusal to enter into public talks with the Taliban. This obstinate stance is due to mostly domestic political calculations related to the uncomfortable optics of India’s Hindu nationalist government talking with a group that it’s previously accused of being Pakistani-backed Islamic fundamentalists.

By contrast, Russia officially regards the Taliban as reasonable while still retaining its ban on the group, which is proof of its foreign policy pragmatism in the face of rapidly changing circumstances largely beyond its control. India could very easily follow in its historical ally’s diplomatic footsteps and even perhaps rely on its mediation to make up for lost time but it still refuses to do so. Instead, it seems to have decided to continue clinging to its current policy in the hope that it can buy just enough time for the situation to somehow change in its strategic favor despite there being very little likelihood of this happening. In and of itself, India can’t do much to shape the strategic dynamics, but what it can do is delay their expected evolution per the current trajectory.

The country just assumed the UNSC’s rotating presidency for August, which is significant in the short term since the US is expected to complete its military withdrawal by the 31st. This coincidentally provides India with disproportionately influential soft power at precisely the moment that it wants to popularize its position across the world. It already pledged to promote maritime security, peacekeeping, and counter-terrorism, the latter of which can be exploited to advance its obstinate stance towards Afghanistan despite also promising to support that country’s peace process. One scenario is that India does its utmost to remind the world that the Taliban is officially a terrorist organization while still fulfilling its legal responsibilities under the UNSC presidency.

This could see it taking advantage of its globally prominent position to signal so-called “principled opposition” to its peers’ efforts to cautiously welcome the Taliban into the international community. The impact of such a policy could be that those UNSC permanent members like Russia and China who try to use this legal body for that purpose could see their soft power symbolically undermined by the council’s presidency. All that India has to do is push its narrative, it cannot stop those permanent members from passing politically binding resolutions that the rest of the international community is obliged to follow. Even so, it can provoke a global controversy intended to put pressure on them not to advance any pertinent item in the near future.

This scenario can’t be discounted since it’s difficult to imagine India implementing contradictory policies at different political levels. So long as the state’s stance is to abstain from talks with the Taliban, continue regarding it as a terrorist group, and allegedly arming Kabul in order to perpetuate the Afghan Civil War, it more than likely won’t change its tune at the UNSC level. India will of course fulfill its formal responsibilities in that role, but unless there’s a change in policy at the national level, then nobody should expect its UNSC one to change either. Be that as it may, India would do well to calculate the costs of such a scenario since it would arguably risk worsening its recently improved relations with Russia if it makes any moves in this direction.

The best-case scenario is that India becomes more aware of how its unsolicited comments about the Afghan peace process are interpreted by one of that conflict’s primary stakeholders (Taliban) as well as its secondary ones (the Extended Troika, especially Russia). It should also not exploit its presidency of the UNSC this month to undermine other members’ soft power in the event that they attempt to further welcome the Taliban into the international community, perhaps pending a positive outcome after the upcoming Doha talks. India might never have pragmatic relations with the Taliban, which is its sovereign right in accordance with its perceived interests, but it shouldn’t do anything inadvertently or not that could further complicate the peace process.