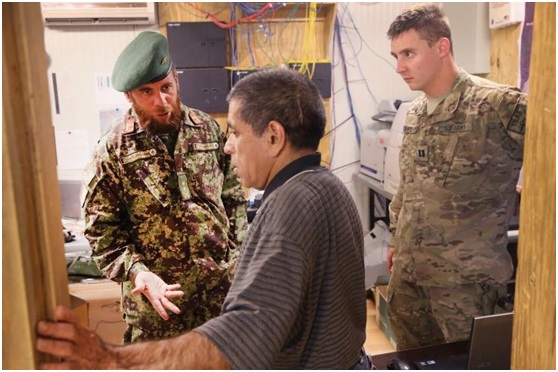 Why is the US trying to relocate thousands of its Afghan collaborators to the Gulf?

The Biden administration is in talks with the governments of Qatar and Kuwait to persuade them to take in thousands of Afghan ‘translators’ and their families temporarily while their applications for entry visas to the United States are processed.

The negotiations are being held in secret. Nothing would have been known about them if details hadn’t been published in American media outlets. Arab governments do not consider their own media or citizens worthy of being told about such things.

According to the American press reports, more than 20,000 relocation applications have been made by Afghans who worked for US and NATO occupation forces over the past two decades. A proportion of them were translators. Others may have been agents or informers for US intelligence agencies working against the Afghan resistance and/or neighbouring countries.

The Afghan army created, armed, and trained by the US after its invasion and occupation of the country to serve as protector of the ‘modern’ and ‘democratic’ new state numbers more than 160,000 troops. They are being abandoned by their American sponsors and left to face their fate at the hands of the Taliban, who view them as traitors, and who have retaken control of most of the country’s territory and border crossings and are now knocking on the gates of Kabul.

It is not known where the talks with the Kuwaitis and Qataris on providing sanctuary to these ‘translators’ have reached. Nor how long the would-be evacuees (reportedly numbering around 35,000) are to stay at US bases in the two countries or in accommodation to be built nearby. Neither is it known whether discussion are also underway with other states such as Bahrain, Jordan, Saudi Arabia and the UAE for the same purpose. Suppression is the rule in all these countries. They view the matter as a highly sensitive military secret that must be kept from their citizens.

The big question here is about the US’ real motives for wanting these people housed at bases in the Gulf region.

If the aim is to wait for their visa applications to be processed, why can’t the processing be speeded up? Why can’t they wait in Afghanistan, given that the Taliban have said they will not target Afghans who worked for the US after its remaining forces are withdrawn in September?

Indeed, why are they being transferred to Kuwait and Qatar and not directly to the US or the other NATO countries that took part in the ‘liberation’ of Afghanistan? Why can’t the planes that fly them out of the country keep on flying to military bases on American territory? They are numerous and vast, and better equipped to welcome and accommodate these ‘heroes’ who served the US occupation of their country and were directly or indirectly involved in the deaths of untold numbers of their compatriots.

When members of the ‘White Helmets’ who serve American, European and Turkish occupation forces in Syria were evacuated from areas retaken by the Syrian army, they were sent to Jordan pending arrangements to relocate them to the US or Europe. Some were transferred via occupied Palestinian territory, but they didn’t spend a single night in any ‘Israeli’ town. We still do not know whether they ever left Jordan or are being kept there.

It is ironic that Arab governments that make ‘preserving the demographic balance’ a top policy priority should be talking to the US about hosting its spies on their territory. They should think hard before they give their consent. The US was dealt a humiliating defeat in Afghanistan after a 20-year war that cost it 3,500 casualties and three trillion dollars. It may start pressing its Gulf allies to help it recoup and avenge those losses by carrying out covert operations against the Afghan resistance. Some of these ‘translators’ could be the spearhead.

0 thoughts on “Transferring the ‘translators’”