HOME / SOCIAL/CULTURAL / Without Access to the Sputnik V Vaccine, Brazil Turns to U.S. and EU for Surplus Doses 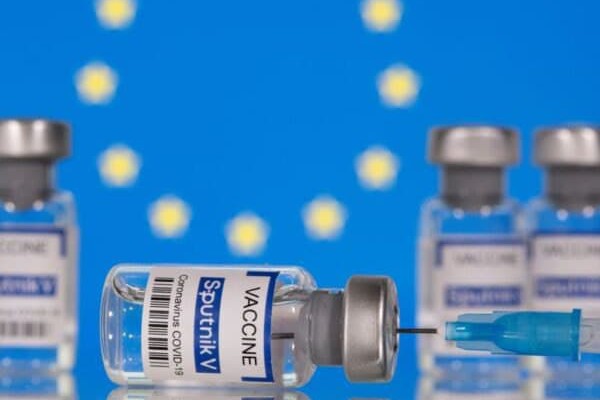 Vaccine diplomacy is indeed a reality, and one that is severely mismanaged to the benefit of countries that boast allegiances.

Brazilian President Jair Bolsonaro’s mismanagement of the coronavirus pandemic remains a news item. Testimony given during a recent senate inquiry by former Health Minister Luiz Henrique Mandetta exposes how Bolsonaro was aware of risking people’s lives to the point of death with his approach that ridiculed science. “I warned him systematically, with projections even,” Mandetta stated, as he explained that the fatality statistics prediction presented to Bolsonaro was close to the death toll in Brazil last year.

As the vaccine race started, Brazil engaged diplomatically with Russia, seeking to import the Sputnik V vaccine, which was authorised for use in Russia since August 2020. In April, Bolsonaro discussed purchasing the vaccine, with Russia acknowledging Brazil’s approach in a statement by the Kremlin. The statement noted Brazil’s approach towards Russia and the commitment by both countries to work towards a common goal in line with their strategic partnership. Registering the Sputnik V vaccine in Brazil was discussed, along with military, science and technological cooperation.

The Sputnik V vaccine is being used in 62 countries across the world, mostly sought by developing countries as these have been politically disadvantaged due to a lower threshold of diplomatic engagement. It is still pending official recognition by the World Health Organisation and the European Medicines Agency, yet a study by the leading health journal The Lancet, states that the Sputnik V vaccine has an efficacy rate of 91.6% after taking the first dose, in terms of preventing Covid19.

However, Brazil’s national health service agency, Anvisa, rejected the use of Sputnik V, citing a “lack of consistent and reliable data”, questions over vaccine production as well as Russia’s refusal, according to Anvisa, to allow Brazilian regulators to visit the vaccine production sites. Russia rejected the claims and described the decision as political, citing U.S. interference back in 2020 which advised Brazil to reject the Russian vaccine.

Meanwhile, Brazil has also reached deals with Israel, which Bolsonaro stated has “the real solution to treating COVID,” even though at the time of the announcement the anti-viral treatment had only been tested upon 35 people and not even reviewed in medical journals.

Adding to Brazil’s shambles is the lack of vaccines in the country, contrary to government propaganda which declared having secured 560 million doses. Having rejected Sputnik V, Brazil has now turned to the options used in the U.S. and the EU, notably AstraZeneca and Oxford, with Bolsonaro seeking deals to acquire surplus doses to make up for the country’s current shortages.

“We need to ensure equitable access to COVID-19 vaccines and in line with this we would like to call on those countries with extra doses to share them with Brazil as soon as possible so we can also broaden our vaccination campaign and contain the pandemic at this critical time, and avoid the proliferation of new variants,” Brazil’s Health Minister Marcelo Queiroga said during a WHO briefing.

Russia has been accused of vaccine diplomacy, a term which has not been used by the West in the case of Israel, for example, which reached an exclusive deal with Pfizer for unlimited vaccine supplies in return for sharing patient data with the company. The deal has enabled Israel to use its surplus of Moderna and AstraZeneca vaccines to bolster diplomatic support in the international arena.

The Biden Administration is also in a position to enter the vaccine diplomacy contest, in a move that is designated to create obstacles for Russia and China, both of which have supplied developing countries with vaccines while world powers scrambled over acquiring doses to the detriment of other countries in the developing world.

Vaccine diplomacy is indeed a reality, and one that is severely mismanaged to the benefit of countries that boast allegiances. Russia has supplied vaccines to countries which the West would have turned a blind eye to. Additionally, Russia’s vaccine rollout was met with derision, while the complications arising from AstraZeneca, particularly, have not been subjected to the same political scrutiny. A game of double standards has emerged, in which Brazil might find itself floundering, as it might have well recognised given its recent diplomatic efforts at restoring relations and collaboration over vaccines procurement with Russia again.

0 thoughts on “Without Access to the Sputnik V Vaccine, Brazil Turns to U.S. and EU for Surplus Doses”