HOME / WORLD / Brazil on the brink of a Covid-19 disaster 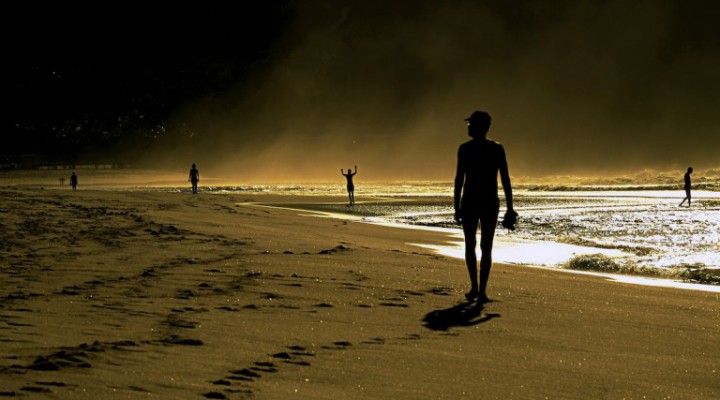 According to a joint study by the universities of Sao Paulo and Brasilia, the actual number of Brazilians infected by the Sars-Cov-2 virus is 13 times higher than what’s officially recognized by the Health Ministry.

The official numbers, as of Wednesday, said there were 25,652 Covid-19 cases and 1,532 deaths. The study says that actually Brazil should have 312,000 infected people – and counting, raising the possibility of a health catastrophe before the end of April.

The Latin American country hardest hit by the pandemic, Brazil is registering a higher percentage of people cured of Covid-19 than carriers. The disparity is essentially due to the lack of testing, not to mention contact tracing – the practices that ensured the success of the South Korean model.

Former President Dilma Rousseff, who was impeached in 2016, has stressed the absolute incompetence of the Jair Bolsonaro government in dealing with the pandemic: “Why is there no testing? What are they trying to conceal? The number of deaths?”

The explosive situation is a direct consequence of President Bolsonaro’s bet on a strategy of disinformation, dismissing Covid-19 as a “mere flu.” He’s at odds with Health Minister Luiz Henrique Mandetta, Bolsonaro’s own appointee, who’s about to be fired before the end of the week.

The predictable health debacle in Brazil is also a direct consequence of the neoliberal economic debacle – wherein public health is not a priority and poor Brazilians have been left on their own, as well as demonized.

Bolsonaro adamantly denies the gravity of the crisis and is desperate to reopen the shattered Brazilian economy. In Atlanticist circles, he’s rated as the worst global leader in the fight against Covid-19.

Meanwhile, the response to Covid-19 has been taken over by local governors, ministers and top generals. Bolsonaro continues to dismiss containment measures taken by the states and recommended by the health minister, who’s been following World Health Organization protocols and, at least so far, has been supported by the military.

On Twitter, governors Wilson Witzel of Rio de Janeiro and Helder Barbalho of Para, a state in the north, had videos disclosing their diagnoses and calling upon people to stay home to fight the virus’s spread.

Witzel, a leading proponent of closing non-essential businesses and ordering people to stay home, said he had started feeling unwell Friday, with a fever, sore throat and loss of smell, a key symptom of the virus.

“I ask you once again to stay home, because this disease, as everyone can see, spreads quickly and doesn’t spare anyone.”

Barbalho, 40, who said he was asymptomatic, made a similar appeal.

“This virus is extremely contagious, it doesn’t recognize age or class. Everyone is exposed. So please stay home,” he said.

Witzel retorted last month that Bolsonaro’s defiance of guidelines from the United Nations and WHO could be considered a “crime against humanity.”

Adding to the perfect storm, there’s the political debacle.

Following a “white” – more or less legal – coup by military brass, Brazil’s acting president at the moment for all practical purposes is General Braga Netto, Bolsonaro’s chief of staff and linked to the powerful Cabinet of Institutional Security (GSI), the Brazilian equivalent of the US National Security Council.

Yet Bolsonaro still remains nominally in power, technically a sort of Queen of England figure – but now dangerous and volatile.

Essentially the white coup happened last week. It was, in theory, mutually agreed between the GSI and Bolsonaro himself. He will keep being outrageous, but the operational decisions especially on the public health front are now taken by Braga Netto, supported by the powerful GSI and the vice-president, retired four-star General Antônio Hamilton Martins Mourao. Hiring and firing decisions are controlled by the military.

The inside story in Brasilia is that the military are trying to work out how to take every major decision away from Bolsonaro without having to resort to a long, fractious impeachment process.