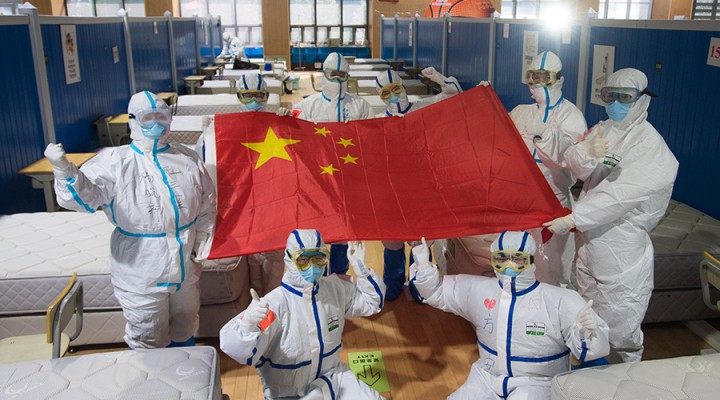 CNN published an article on December 1 titled “The Wuhan files,” which purports to be a report about 117 pages of documents that were allegedly leaked from the Hubei Provincial Center for Disease Control and Prevention. The case made in their piece is that internal communications supposedly reveal that the Chinese government was inconsistent with what it shared with the public about the pandemic from October 2019-April 2020, the incomplete period covered by the documents. They also claim that the government failed to disclose a large-scale influenza outbreak in Hubei in early December 2019 whose connections to COVID-19 are unclear.

These allegations are all very alarming if true, but the problem is that the proof supporting them is extremely flimsy. The allegedly leaked documents haven’t been shared with the public so there’s no way for others to independently confirm their authenticity or whether they were manipulated before being given to CNN by what the outlet claims was an anonymous whistleblower. They say that six independent experts examined these documents and confirmed their veracity, but that’s not convincing when considering that this is about something as important as the initial stages of what has since become a global pandemic.

The whole story about the anonymous whistleblower is also very suspicious too since it might very well be the case that whatever it was that CNN supposedly reviewed might have been documents illegally obtained by a foreign intelligence service through hacking or other means but manipulated before they were shared. There’s no way to really know unless CNN shares the original ones with the world and allows the Chinese government to review them, which it needs to do. Keeping in mind the unclear origins of these mysterious documents, it’s also very surprising that U.S. social media giants are letting CNN freely share their report on their platforms.

After all, it was approximately two months ago that they either outright censored the New York Post’s reports about Hunter Biden’s laptop or at the very least made it difficult for other users to share related posts depending on the platform. Facebook and Twitter claimed that this was due to concern that the outlet’s documents were obtained illegally, yet no such concern is present when it comes to documents about China which might have also been obtained the same way. This double standard suggests that they have an ulterior motive for violating their own policies in order to promote the narrative pushed by CNN’s piece. 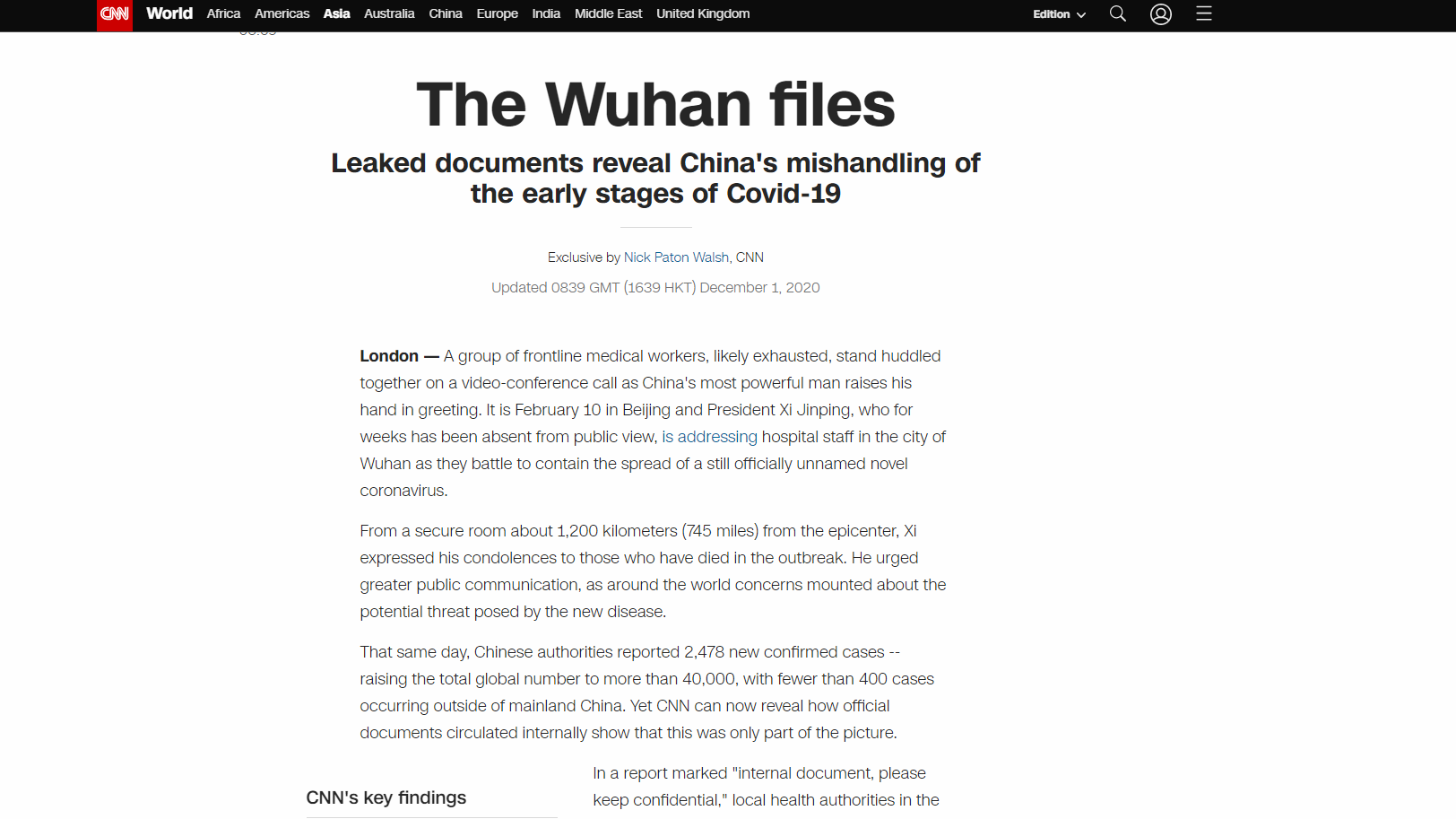 Screenshot of the CNN article.

Before touching upon the gist of their report, it’s important to also point out the timing of its publication. It was released on the one-year anniversary of the time when the first known COVID-19 patient showed symptoms of the disease. It might be more than a coincidence that CNN waited until now to release their article, as will later be argued later in this analysis. The outlet also didn’t reveal when they even received the alleged documents, so they might have been sitting on them for a while now but only chose December 1 to release their piece for maximum symbolic effect and global media attention.

As for CNN’s case itself, it’s extremely flimsy as was earlier mentioned. Even overlooking the unconfirmed veracity of the documents and everything else of suspicion that’s connected to them, the picture that they paint is just one of a country struggling to contain an emerging pandemic. The main point is simply that the health system was initially overwhelmed like that of every other country in the world has since proven to be during their own outbreaks, and CNN even wrote that “the documents provide no evidence of a deliberate attempt to obfuscate findings.” If anything, the whole point behind the piece seems to just make China look bad.

That’s a mixed message, though, since CNN also wrote about how much Western democracies have also struggled to contain the pandemic. It would therefore be odd for them to publish such a report for that purpose if they’re also going to make those countries look bad too. It can’t be known for sure, but one can’t help but get the impression from all the suspicious circumstances behind the mysterious documents, their coincidental timing, and mixed message that CNN might have either been pressured by others such as the U.S. government to report on this story that was given to them by an unrevealed source or willingly did so to not “lose the scoop.”

Either way, it certainly seems like there’s much more to this story than CNN lets on in the text. Clues to its true motive can be found in the last part of the article about “An unfolding crisis.” The outlet wastes no time in hypocritically describing China’s strict containment measures as “draconian” despite Western democracies later replicating them too. They then try to stir domestic troubles inside of China by groundlessly claiming that public opinion was turning against the Communist Party of China in the early days of the outbreak.

This editorializing at the end of their article pushes an agenda and therefore represents narrative manipulation. Upon realizing this, most readers might rightly feel misled since everything starts to make a lot more sense. This flimsy story is being pushed not to inform the masses out of journalistic passion – seeing as how suspicious documents that were never shared with the public are being relied upon and their reporting spread across social media despite those platforms having strict policies against such a practice – but to discredit the CPC on the anniversary of the first reported COVID-19 outbreak as part of the U.S. information war against China.