HOME / WORLD / Biden Will NOT Be Soft On China; He’ll Continue Trump’s Aggressions 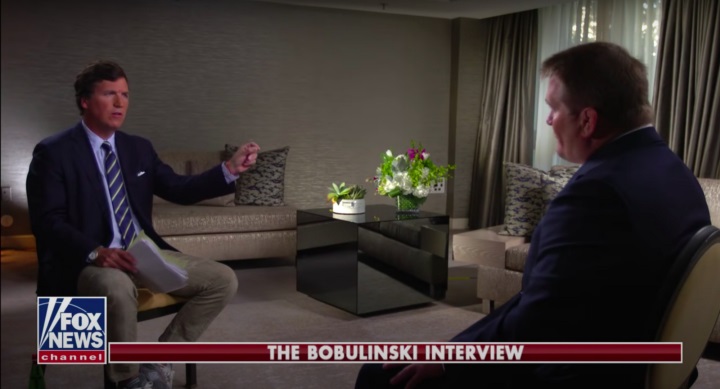 Hunter Biden’s former business associate Tony Bobulinski has given a lengthy interview on Fox News’ Tucker Carlson Tonight, testifying about corrupt international business practices within the Biden family involving China and other countries, and allegedly involving Joe Biden himself while he was vice president.

Toward the end of the interview came the really important part, the part we were all meant to see.

“What are the implications of this going forward?” Carlson asked. “If Joe Biden is elected president, which could very well happen, how does this constrain his ability to deal with China?”

“Are you asking for my personal opinion?” Bobulinski asked.

“I am,” Carlson replied. “I’m asking for your opinion, as someone who’s worked with the Chinese.”

“So, I think Joe Biden and the Biden family are compromised,” said Bobulinski.

And that is it. Beneath all the partisan noise and electoral implications, that is the message we were meant to take away from the interview. Not that the Biden family is corrupt, not that Joe Biden lied about being uninvolved in his son’s business enterprises as vice president, but that Joe Biden is compromised in favor of China. That is the story that’s going to keep resurfacing.

We are being played.

This would after all be the same Tucker Carlson who has been pushing ridiculous conspiracy theories about Democratic Party officials being secret Chinese intelligence agents and Covid-19 being a lab-made virus deliberately released by China, and just generally whipping up anti-China hysteria in his viewers at every possible opportunity. This would also be the same Tucker Carlson who tried to join the CIA after college. The same Fox News that reliably propagandizes its right-wing audience into alignment with imperialist agendas that resonate with rightist sensibilities.

The strongest evidence against Russiagate was always the one fact neither Democrats nor Republicans ever wanted to look at and acknowledge: that Trump has in fact spent his entire term advancing many dangerous cold war escalations against Moscow in the form of sanctions, shredded treaties, a much more aggressive Nuclear Posture Review, NATO expansionism, arming Ukraine, attacking Russia’s allies and other measures which directly threaten the Russian Federation and undermine its interests.

If Biden gets in we can expect the same thing: a president who advances escalations against both Russia and China while being accused of the other party of being soft on China. Both parties will have their foot on the gas toward brinkmanship with a nuclear-armed nation, with no one’s foot anywhere near the brakes.

You simply cannot become the presidential nominee of a major party in America if the powers that be aren’t confident you will advance their most high-priority agendas. Barack “Pivot to Asia” Obama would not have interfered in the Democratic primary to install Joe Biden if he believed Biden would interfere in the militaristic agendas against he’d initiated against China. If the US intelligence cartel had had any suspicion that Biden might obstruct their agendas in the eastern hemisphere, his presidential campaign would have been capsized over a year ago.

Those with power in the United States know that Biden will play along with their planned cold war rollouts against China, so you may be sure of it as well. Obama’s escalations against China were picked up and carried further by Trump (who just announced a planned $2 billion weapon sale to Taiwan), and if Biden wins the election we may be certain that he will continue and expand those aggressions even further.

Newsweek's claim that 600 Chinese community groups in the U.S. are "arms of the CCP" is based entirely on the Australian Strategic Policy Institute—which is literally funded by the U.S. State Dept & Raytheon.

This is full-blown McCarthyist manufacturing consent for war on China. https://t.co/p7mYBstgiN

This will happen. If you don’t believe me, watch and see. Disconnect yourself from the narratives and get out of your partisan echo chamber as much as possible, and just watch the actual information about what’s really happening. If Biden is elected you will with absolute certainty see his administration rolling out hostile cold war escalations against China, regardless of accusations by Tucker Carlson et al. about secret loyalties to Beijing.

All signs indicate that Americans are being prepped by the US intelligence cartel and its stenographers in the mass media for an increasingly hostile relationship with China, regardless of who wins the election. A new report by Newsweek warns that 600 community groups in the United States are covertly working to foment US unrest under the direct guidance of the Communist Party of China. Newsweek sources its report in an analysis by the Australian Strategic Policy Institute, which is a think tank explicitly designed to manufacture anti-China sentiment that is funded by the US State Department and numerous arms manufacturers. These are the nice friendly people who we’re meant to believe just want to tell us the truth about what’s going on for our own good.

We’re being bombarded with more and more such psyops by increasingly forceful narrative managers alongside statements from US intelligence agencies warning us that both Russia and China are working to interfere in the US election. There’s a virtual press conference scheduled a few hours from this writing by the DOJ and FBI reportedly on a “China-related national security matter” as well, and it’s hard to imagine that will go in any other direction than all the other narrative-shaping we’re being subjected to.

After Carlson prompted him to share his opinion that Joe Biden is “compromised” regarding China, Bobulinski was then asked if he thinks all this information is going to just be repressed and forgotten about by the liberal media for the next four years.

Sure Tony, sounds great. Hey maybe the DOJ should appoint a Special Counsel to ensure an impartial investigation into this urgent matter over two years while Biden’s political opponents circulate endless viral conspiracy theories about the president being dragged from the White House in chains once the investigation is complete. Hell, why not just use Robert Mueller again? If we’re going to recycle the whole script we might as well go all in.

But of course, as far as America’s spies and cold warriors are concerned, if it ain’t broke why fix it. Partisan hacks bought into the Russiagate narrative hook, line and sinker, so there’s no reason not to use it again. This one will actually be an easier sell now that Republicans are looking for retaliation and Democrats have lost any moral leg to stand on in “have you no shame” objection. It worked once, so they’ll just do it again.

Ignore the narratives, watch the data. Watch where the weapons are moving, where the money and resources and people are moving. You will see a much, much different picture than the one you’re being told to see.

0 thoughts on “Biden Will NOT Be Soft On China; He’ll Continue Trump’s Aggressions”