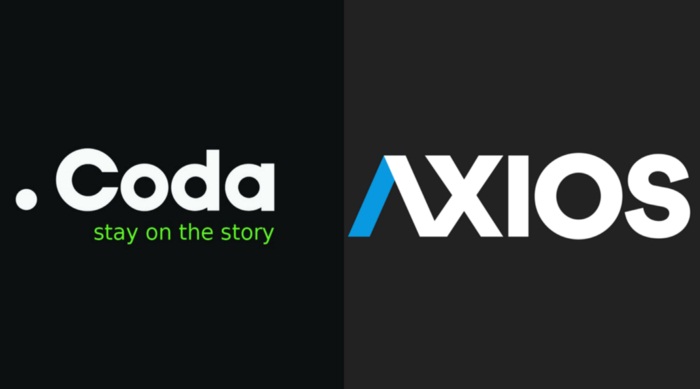 As the US-centralized empire’s slow-motion third world war against unabsorbed governments continues to accelerate, narrative management campaigns are getting more and more frenzied. We see this exemplified in two recent smear pieces published by imperial spinmeisters about critics of the establishment-authorized narratives about what’s happening in China.

The oligarch-funded Axios has published a new article titled “The American blog pushing Xinjiang denialism” about the alternative media outlet The Grayzone.

The article’s author Bethany Allen-Ebrahimian makes flaccid guilt-by-association arguments about the fact that Chinese officials have cited Grayzone articles in the past, suggesting that this is a “classic Russian disinformation tactic” in which naughty governments use western voices to “bolster their claims”. She cites the fact that a Republican member of the House Foreign Affairs Committee condemned the outlet as though that’s an argument, and she bemoans the fact that Grayzone has been “attempting to discredit Adrian Zenz, a researcher whose work has helped uncover the existence and scale of mass internment camps in Xinjiang.”

Missing entirely from the article, conspicuously, is any argument or evidence that The Grayzone has ever published any false information. About Xinjiang, or about anything else.

This neocon hack was unable to challenge a single fact we printed, so she got the Republican co-chair of the House Foreign Affairs Committee to denounce us.

Grayzone’s Ben Norton wrote this past June that “in its more than four years of existence, including its first two years hosted at the website AlterNet… The Grayzone has never had to issue a major correction or retract a story.”

I am not citing Norton because I think taking the outlet’s word for it is a valid argument, I’m citing him because I’ve never seen a shred of evidence that what he said is false, and neither have you. There is so much spin going into discrediting The Grayzone at this point that we may rest assured that if it had ever been caught reporting something untrue, establishment narrative managers would have made damn sure we all knew about it.

But they haven’t, because they can’t. All they’ve been able to do is argue that The Grayzone reports things that other media outlets do not report, which are not in alignment with the approved viewpoint of the United States government. Which is to say, all they can argue is that The Grayzone is doing journalism.

In fact, if you believe as I do that journalism’s first and foremost function is to hold your government to account with the light of truth, you can easily make the argument that The Grayzone has published more real journalism just this year than all corporate media like Axios have put out this millennium. The outlet’s original reporting on the OPCW scandal and coverage of the US regime change operations in Nicaragua along with critical journalism on the persecution of Julian Assange, Venezuela, Bolivia, Syria, Russia, China and other unabsorbed governments, all just in the last few months, leave other publications far behind.

Grayzone editor Max Blumenthal’s response to the smear piece — which Axios reportedly refused to publish in full — reads as follows:

The Coda Story article Blumenthal refers to, titled “Pro-Beijing influencers and their rose-tinted view of life in Xinjiang”, is the other smear piece we’re discussing here. Not content with attacking small alternative media outlets, this one focuses on dishonestly smearing three individual Twitter users: Carl Zha, Jerry Grey, and an Australia-based account with a few thousand followers called Xi Fan.

As Blumenthal correctly notes, Coda is funded by the National Endowment for Democracy (NED), a US government-funded narrative management operation which according to its own cofounder was set up to do overtly what the CIA used to do covertly, namely orchestrate regime change and disrupt US-targeted governments. Coda’s editor-in-chief Natalia Antelava, as noted by Youtube commentator Daniel Dumbrill, has blatantly lied about her outlet’s NED funding, tweeting just days ago that “we don’t take money from governments, oligarchs and tech platforms”. Since NED is a government-funded operation, this claim is objectively false.

Dumbrill has posted an excellent thread on Twitter using original footage of the interviews the Coda article’s author Isobel Cockerel did with Zha and Grey, demonstrating clearly and undeniably that Cockerell deceptively edited the words of her interviewees to deliberately misrepresent their positions. Both Carl Zha and Jerry Grey have also posted their own capable (if in my opinion overly kind) refutations of the deceitful smear piece.

The thing I have a really difficult thing understating is, if these journalists really believe their narrative, why engage in this kind of dishonesty

In a healthy world, using dishonest manipulation to damage people’s reputations would cost a reporter their job. Instead, writers like Isobel Cockerel and Bethany Allen-Ebrahimian will be rewarded, elevated and offered many new opportunities for their willingness to twist the truth in order to stop people from speaking truth. They know this. That’s why they do it.

There are no words for the depravity of a news media institution which has been entrusted by the public to hold power to account and tell them the truth about what’s going on in the world, and instead abuses that trust by facilitating power and obfuscating the truth. Humanity’s inability to see the world clearly is the primary obstacle preventing us from using the power of our numbers to force real change to avert the manifold crises that our species is now approaching, and instead of helping people see clearly these perception managers are helping to tie the blindfold.