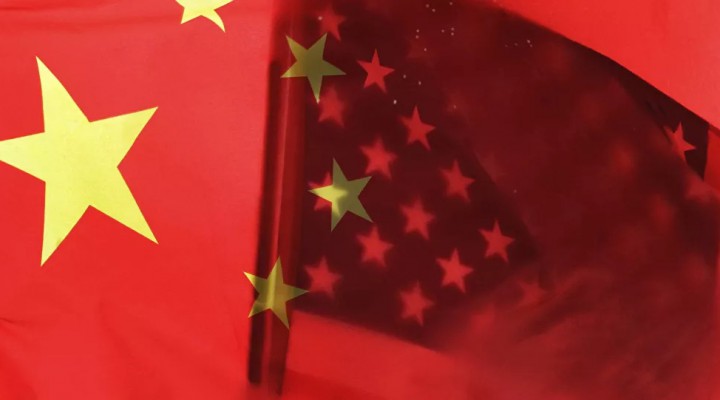 If US presidents genuinely have independent executive power, then, in theory, the presumed incoming Joe Biden administration could radically change the dynamic with China in order to calm bilateral tensions.

Joe Biden as the new Democrat president would inherit bilateral relations which have been trashed under the Republican Donald Trump. Over the past four years, Trump has brought the two nations to loggerheads over a range of issues from trade to territorial disputes, all infused with hostile rhetoric spouted mainly by the American side.

Tensions have reached the point where an all-out war is not unthinkable. Veteran US diplomat Henry Kissinger recently admonished that the two powers were heading towards catastrophic conflict if they do not find a way to avert the stand-off.

The Trump administration has provoked China with baseless accusations of being responsible for unleashing the coronavirus pandemic, as well as meddling in Chinese internal affairs in Hong Kong and signing arms deals with the island of Taiwan which Beijing claims to be under its sovereignty.

For its part, China has stepped up its warnings that it is prepared to go to war with the United States if its sovereignty is challenged in the South China Sea.

What adds to the concerns of an armed confrontation is, as Kissinger points out, the hollowing out of diplomatic relations between the US and China. The means of normal communication have been corroded and poisoned, largely by Trump and his acolytes and their anti-China rhetoric. That fuels the risk of conflict breaking out from misunderstanding, animus and distrust.

In truth, China is not alone in this regard. American diplomacy has degenerated in general. All its foreign relations have become frayed and reduced to American bullying and highhandedness.

Biden has unveiled his next cabinet, claiming that they will restore American diplomatic relations and multilateral engagement, unlike the abrasive America First policy under Trump.

So, could Biden turn things around in bilateral relations with China and avert the danger of war that Kissinger and others are concerned about?

One may hope so for the sake of world peace. But underlying systematic drivers of US power do not bode well.

For a start, the hostility in Washington towards China did not begin with Trump. It was the Obama administrations (2008-16) in which Biden was vice president which ramped up aggression with its so-called “Pivot to Asia” policy.

Another crucial factor is the essential nature of American ambitions for global power. US power is predicated on seeking hegemony and dominance, not genuine multilateralism and cooperation. That, in turn, is a concomitant of its capitalist economy which is underpinned by militarism and imperialist force. This accounts for why no other modern nation has a record anywhere comparable to the United States for waging wars. Wars are an essential way for Washington to gain access to natural resources and markets to satisfy the profits of Wall Street and American corporations.

In an editorial this week, China’s Global Times urged the Biden administration to put aside hostility and work towards a multilateral approach to international relations. In short, peaceable cooperation.

“The US will have to explore new ways to manage differences, seek coexistence, and win-win strategies with countries including China and Russia. It needs to avoid recklessly intensifying major power confrontation as the Trump administration did,” noted Global Times.

We will soon know if Joe Biden has the will and the power to change relations with China, Russia and others like Iran, in such a way as to calm tensions and restore global security.

Unfortunately, there are sound, structural reasons why such an outcome will be elusive. Primarily because American power is by definition innately anathema to pursuing world peace. That is an outcome beyond the scope of merely changing the name on the desk in the Oval Office. What needs to change is something far more fundamental and far-reaching: the entire American economy and society and how it is plugged into the imperative of aggression, conflict and war.

Joe Biden’s lofty talk about restoring “normal” American leadership and its place in the world is, to use his favourite phrase, baloney. The dynamic of hostility towards China, in particular, is going to continue.