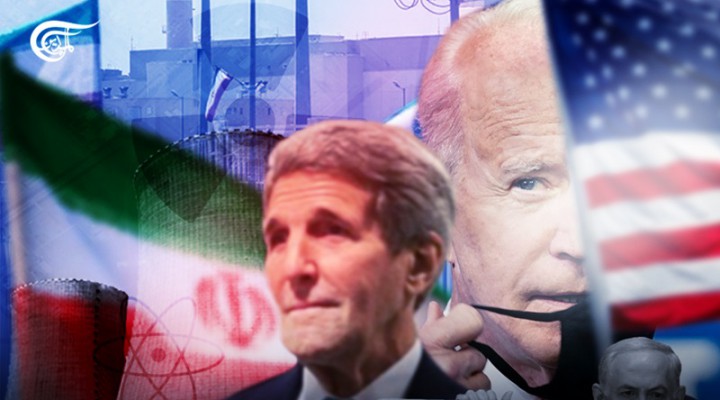 Narratives have become smart cruise missiles: Say ‘Iran is not a threat to America’; Say ‘the US should stop taking instructions from AIPAC’ – and a narrative missile will fall from the sky, vaporizing you.

Old, absurd, and unfit for purpose – how else to describe America’s foreign policy narratives in respect to Russiagate, but more particularly to Iran?  Iran’s nuclear ambitions are ‘a threat’; Iran is a ‘malign actor’, undermining the rules-based order, and its nature is given to ‘deceit and lying’.

Yet Team Biden wants a deal with Tehran.

There is such an obvious contradiction between US narrative and the US’ present interest to engage with Iran.  So why does Washington stick with these narratives that are so plainly unfit for purpose? Why is everything locked on old, absurd narratives from the Obama era, set by neocon hawks?  They hobble America’s room for maneuvering.

The US journalist, Matt Taibbi, gives an answer: The US is locked into a deadly, domestic exchange of smart narrative ‘missiles’; rational argument or strategy is ‘out’.  Anyone who pops his head out from the ‘narrative trench’ will be zapped.  There’s safety in the narrative.

Here’s what we do now, instead of arguing: we fling terms like ‘white supremacist’, ‘transphobe’, ‘conspiracy theorist’, and ‘fascist’ around, knowing that if the words stick, they lead to outcomes: boycotts, firings, removal from Internet platforms, etc. When [any prominent figure is compared – say- to] Alex Jones, they do this, knowing Jones was booted off the Internet -so it’s a not-so-subtle way of voting for that same outcome.

This has become our whole style of political argument: hit someone with an unanswerable accusation and then, as Lyndon Johnson would say, “make the sonofabitch deny it”.

It’s why so much effort was spent denouncing ‘economic anxiety’ as ‘code’ for racism, why Hillary Clinton accused both Jill Stein and Tulsi Gabbard of being foreign assets … These are all debate-pre-emptive strategies. When Clinton went after Gabbard, we stopped talking about whether or not military intervention in Syria was a good idea, and moved to debating whether Gabbard was an accomplice to genocide. Critics of Russiagate from the start had to calculate their appetites for being accused of supporting Putin or Trump … How much flak are you willing to take? How much can you afford to take?

It’s become the norm especially in Democratic Party politics (but more lately on the Republican side, too) to embrace this maximalist form of debate on the grounds that it works. De-platforming works, boycotts work, shaming works.  Both parties did it, and do it now, in a heightened format: Republicans in the Bush era talked about liberalism as a “mental disorder” and even “treason”.  Now Republicans are being termed the number one, “national security threat to US democracy”. This radical polarity purposefully includes no vision for the other half of America – save auto da fé recantation, or a career burnt at the stake.

The high-power version, which is prevalent now among Democrats, seeks to make a policy of a woke non-engagement (or cancellation) – with a ‘racist’/supremacist/privileged ‘other’ stick, using additional tools such as platform censorship, and domestic surveillance.

Narratives have become smart cruise missiles: Say ‘Iran is not a threat to America’; Say ‘the US should stop taking instructions from AIPAC’ – and a narrative missile will fall from the sky, vaporizing you.

“Iran can bow to US negotiating demands; Iran can comply with the JCPOA; it can submit to enhanced IAEA inspections” – nothing will change. The narrative will stay locked tight.  Iran will remain a ‘threat’.