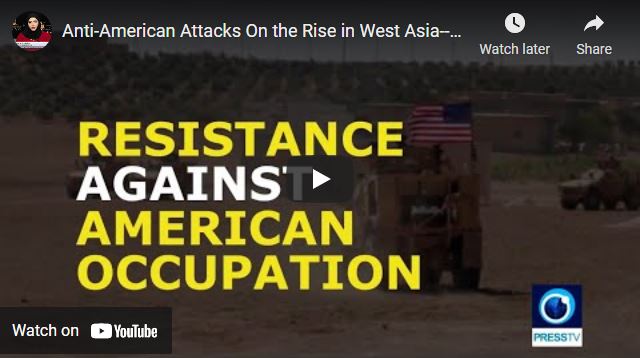 “Our soldiers are still vulnerable, and we must take this threat seriously”; With these words, the “Pentagon” summarized the situation in the areas of deployment of US occupation forces in Syria and Iraq, at a time when Washington began carrying out attacks on what it said were missile launch sites at its bases.

It is apparent, through the acceleration of the attacks and the expansion of their targeting, that the resistance forces have begun a new phase of their operations, aimed at increasing the level of risk for the Americans in the event they decide to stay in Syria, after they decided to resume their military and political activity there. It is true that this path is not new, but recent developments indicate that there is vigorous effort being directed against the Americans, which during the past year amounted to more than ten in Hasaka and Deir ez-Zor, while it seems that it will exceed this number in less than a month this year, if it continues at this new pace.

To discuss this issue with us from Damascus is retired Syrian Army general and political analyst Mohamad Abbas Mohamad.

Palestinian Bakeer Hashash, 21, was killed by the Israeli occupation in the occupied West Bank early Thursday, as the occupation entered an area east of the northern city of Nablus to make administrative arrests.

Meanwhile, 24 Palestinians were wounded by Israeli bullets, during clashes that took place in several areas in the occupied West Bank, condemning the settlements.  The center of Hebron has been witnessing almost weekly activities rejecting the occupation and settlement, which the occupation forces confront by firing live and rubber bullets and tear gas canisters. The occupation forces continue their attacks against the Palestinians, after launching a massive campaign of raids in the West Bank, especially in Bethlehem, Halhul and Jenin.

To discuss this issue with us from Ramallah is Dr. Nemr Saad academic at Birzeit university and political analyst.

0 thoughts on “Anti-American Attacks On the Rise in West Asia–MES EP.141”