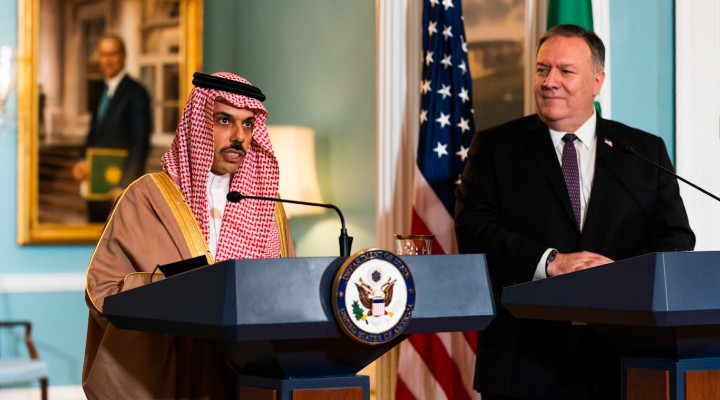 The rejection of Saudi Arabia, the only country that did not receive the required number of votes from UN member states, has been seen as a repudiation of the Kingdom’s decreasing international support.

MPN– In a secret ballot at the United Nations yesterday, Saudi Arabia was rejected for a position on the body’s 47-country Human Rights Council (HRC). The only country that did not receive the required number of votes from member states, the failure has been seen as a repudiation of the Kingdom’s abysmal human rights record and its decreasing international support.

15 positions were filled yesterday, although most of them were pre-selected. Only the Asia-Pacific region faced an open vote from UN member states. Pakistan received 169 “yes” votes out of a possible 193, Uzbekistan 164, Nepal 150, and China 139. Saudi Arabia, on the other hand, received just 90.

Saudi Arabia’s allies in the West had actually been campaigning to halt the election of states that draw Washington’s ire, including China, Russia, and Cuba, trying to organize opposition against those nations, but were ultimately unsuccessful. China received 41 fewer votes than it did in 2016, amid increased global concern over the alleged treatment of Uighur Muslims in Xinjiang Province, but ultimately comfortably surpassed the 50 percent threshold for admission.

U.N. Watch, a western NGO that has a history of attacking Washington’s enemies and has condemned the UN for its supposed antisemitic bias over its criticism of Israeli human rights abuses, claimed that “electing these dictatorships as UN judges on human rights is like making a gang of arsonists into the fire brigade.”

The reaction from the U.S. government, which left the HRC in 2018 over its perceived bias against Israel, was similarly angry. Secretary of State Mike Pompeo released a statement claiming that the election of countries like China, Russia, Cuba (and Venezuela in 2019) has shown that the institution is now broken beyond repair.

“The United States’ commitment to human rights consists of far more than just words,” Pompeo said, as he boasted of employing sanctions against all those nations. “Our commitments are spelled out clearly in the UN’s Declaration, and in our record of action. The United States is a force for good in the world, and always will be,” he added. Yet earlier this year Pompeo himself said that the U.S. should abandon most of the rights enshrined in the UN Declaration and focus only on property rights and religious freedoms.

Much of the media today has been in a furor that the “world’s worst abusers” (The Times) like China, Russia, and Cuba are set to join or rejoin the council. The Guardian suggested that the institution’s credibility is at stake. Yet in the talk of human rights violators joining the council, the election of other states with questionable records was never discussed. Bolivia, whose murderous far-right government came to power in a U.S.-backed military coup in November, was also elected, but with no fanfare or condemnation. As was Cameroon, whose dictatorial head of state Paul Biya has been in charge of the country since Gerald Ford was president of the United States. Other states with contentious records included were Narendra Modi’s India, Rodrigo Duterte’s Philippines, and the Qatari dictatorship. Both the Guardian, left, and the Times, right, failed to report on other human rights violators being elected to the council

Saudi Arabia was elected twice to the HRC between 2014-2016 and 2017-2019. Its new failure to secure more than 90 votes is a sign of increasing discontent with its policies in Yemen, declared the world’s worst humanitarian disaster by the United Nations, where 24 million people (80 percent of the country) need some form of humanitarian assistance. Yet under pressure from the U.S. government, aid has been cut to just 25 cents per person, per day. The kingdom has played a key role in stymying any international action to deal with the humanitarian catastrophe, using its position at the HRC to block UN inquiries into its own abuses in Yemen.

Internally, the country is often described as the most repressive regime on the planet, with millions of people suffering under slave-like conditions, according to Human Rights Watch. While on the council, it attempted to block a resolution that condemned the use of torture by law enforcement and reaffirms the human rights of LGBT people. Inside Saudi Arabia, homosexuality is still punishable with the death penalty.

Ultimately, while yesterday’s election is the sign of a slightly more multipolar world, the results are unlikely to seriously change the direction of the organization, with the United Nations constantly blocked from taking action unless all of the world’s superpowers allow it.