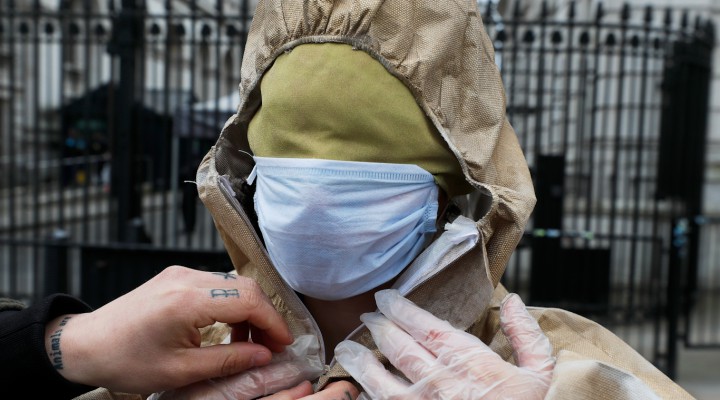 Social media is awash with people angry that their posts have been removed for no legitimate reason. MintPress was no exception, with a story about Cuba’s response to the coronavirus flagged and blocked.

MPN– Big tech is again attempting to define the range of acceptable political discussion on its platforms; this week YouTube announced a number of changes in the face of the global COVID-19 pandemic, chief among those being that automated systems, rather than humans, will predominantly be authorizing or removing content in the foreseeable future.

“As COVID-19 evolves, we’re doing our best to support those who watch, create, & make a living on YouTube. Many of us here & in our extended workforce are unable to work as usual, so we’re reducing staffing in certain offices, causing some disruptions,” it said in a message on Twitter. “With fewer people to review content, our automated systems will be stepping in to keep YouTube safe. More videos will be removed than normal during this time, including content that does not violate our Community Guidelines. We know this will be hard for all of you.”

The news that the video sharing platform is now at the mercy of an automated system that even its creators admit does not function properly was greeted with skepticism, especially as YouTube did not explain why watching and judging content on its platform could not be done remotely.

Other big tech firms like Facebook and Twitter also notified the public that they were switching to potentially defective automated moderation during the pandemic. Facebook had been criticized last week for insisting that employees continue to come to work but has now performed an about face. “We may see some longer response times and make more mistakes as a result,” it similarly warned.

The problem with measures like these is that the way the algorithms have been designed, they generally hit alternative media hardest. In the past, Facebook has deleted pages belonging to anti-establishment outlets like the Black Agenda Report and Venezuelanalysis on the unsubstantiated grounds that they were potentially Russian-backed fake news or simply for “suspicious behavior.” In early February, Twitter blocked the account of Venezuelan president Nicolas Maduro and deleted those of 2,000 of his supporters.

Immediately after the new changes were implemented, social media was awash with people angry that their posts had been removed for no legitimate reason. MintPress was no exception, with our story about Cuba’s response to the coronavirus flagged and blocked. Meanwhile, it appears alternative media outlet 21st Century Wire has been deleted altogether. MintPress CEO Mnar Muhawesh described it as censorship under the guise of fighting fake news.

Whether active or not, big tech algorithms privilege corporate media and de-list, de-rank and de-monetize alternative stances against war, empire and government secrecy, bucking the government line, often being precisely why people visit the sites in the first place.

Big media giants are becoming increasingly intertwined with big government agencies that they are supposed to be holding to account. In their book titled, The New Digital Age: Reshaping the Future of People, Nations and Business, Eric Schmidt and fellow Google executive Jared Cohen wrote, “What Lockheed Martin was to the twentieth century…technology and cyber-security companies [like Google] will be to the twenty-first.” Last year, Facebook announced that it was partnering with NATO think tank, the Atlantic Council, in order to help weed out fake news on its site. The Council’s board is a whos-who of high state officials, including Henry Kissinger, Colin Powell, Condoleezza Rice and multiple former CIA chiefs, including Michael Hayden, Leon Panetta, and Michael Morell. After working with the council, Facebook immediately began banning and removing accounts linked to media in official enemy states like Iran, Russia, and Venezuela and began silencing critics of Western governments.

39 percent of Americans get their news from Facebook, 20 percent from YouTube and 15 percent from Twitter, according to the 2019 Reuters Institute Digital News Report. Furthermore, similar numbers of people in other countries rely on those platforms to understand world events; effectively meaning the U.S. government is increasingly in control of what the planet sees online. A case in point is Iran in January, when, at the behest of the Trump administration, Instagram banned all messages of support for General Qassem Soleimani, who had been killed in a U.S. drone strike. “We operate under U.S. sanctions laws, including those related to the U.S. government’s designation of the Iranian Revolutionary Guard Corps (IRGC) and its leadership,” a tech spokesperson said. Instagram has over 24 million Iranian users. A University of Maryland poll found over 80 percent of Iranians held a positive view of the general, meaning that Trump, through Silicon Valley monopolies over online communication, could effectively censor a majority opinion from being spoken by Iranians, to Iranians.

One of the principal problems with any decision over moderation on these tech giants is that they are so dominant they have effectively become public utilities, too big, and too important not to use. But until they are either broken up or nationalized, their opaque structure will always lead to decisions like this which increase suspicion and alienation.

Feature photo | An activist of the group ‘Pause the System’ dresses up to protest in front of the Downing Street gate to ask the government to follow WHO guidelines for the coronavirus outbreak in London, March 17, 2020. Frank Augstein | AP