HOME / Politics / The world after the pandemic 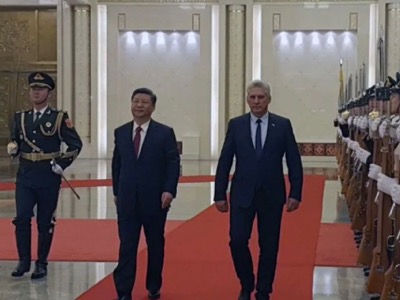 The political reactions to the Covid-19 pandemic reveal surprising weaknesses in Western democracies: prejudice and ignorance. On the contrary, China and Cuba appear more capable of facing the future.

The abrupt and widespread closure of borders and, in many countries, of schools, universities, businesses and public services, as well as the ban on gatherings, are profoundly changing societies. In a few months they will no longer be what they were before the pandemic.

Above all, this reality is changing our understanding of Freedom; a concept that the United States was founded on. According to their interpretation – which only the United States supports – it knows no bounds. On the contrary, all the other states in the world recognize that there is no Freedom without Responsibility; therefore, they affirm that one cannot exercise freedom without defining its limits. Today, US culture has a decisive influence all over the world. It has just been contradicted by the pandemic.

For the philosopher Karl Popper, freedom in a society is measured by its openness. It goes without saying that the free movement of people, goods and capital is the hallmark of modernity. This view prevailed during the refugee crisis of 2015. Of course, some have long pointed out that this discourse allows speculators like George Soros to exploit workers in the poorest countries. It advocates the disappearance of borders and thus of states now in favour of a future supranational global government.

The fight against the pandemic has suddenly reminded us that states are there to protect their citizens. In the post-Covid-19 world, “NGOs without borders” should therefore gradually disappear and supporters of political liberalism should remember that without a state, “Man is but a wolf to man”, in the words of Thomas Hobbes. It will follow, for example, that the International Criminal Court will appear to be an absurdity under international law.

President Emmanuel Macron’s 180-degree turnaround illustrates this realization. Until recently, he denounced the “nationalist leprosy” that he associated with the “torments of populism”; today he glorifies the Nation, the only legitimate framework for collective mobilization.

The notion of General Interest, which Anglo-Saxon culture has been contesting since the traumatic experience of Oliver Cromwell, is essential to protect itself from a pandemic.

In the United Kingdom, Prime Minister Boris Johnson is struggling to decree authoritarian measures for a health imperative, his people only admitting this form of authority in the event of war. In the United States, Federal President Donald Trump does not have the power to order the confinement of the population throughout his territory, as this is strictly a state matter. He is obliged to bend the texts, including the famous Stafford Disaster Relief and Emergency Assistance Act.

Economically, it will no longer be possible to follow Adam Smith’s “laissez-faire, laissez-faire” theory after authoritatively closing all kinds of businesses, from restaurants to football stadiums. We will have to admit limits to the sacrosanct free enterprise.

The fight against the pandemic has reminded us that the general interest can justify questioning any human activity.

During this crisis, we also perceive the malfunctioning of our societies. For example, the whole world is aware that the pandemic was first experienced in China, but that this country has brought it under control and has lifted the authoritarian measures it took at the beginning. Yet few people know how the Chinese defeated Covid-19.

The international press ignored President Xi Jinping’s thanks to his Cuban counterpart, Miguel Díaz-Canel, on 28 February. It therefore did not mention the role of Interferon Alfa 2B (IFNrec). Instead, it mentioned the use of chloroquine phosphate, which is already being used against malaria. There was also no mention of the state of vaccine research. China should be in a position to carry out the first human trials at the end of April, the laboratory at the Institute for Vaccine and Serum Research in St Petersburg has already developed five prototype vaccines.

The reason for these oversights is the navel-gazing of the major news agencies. While we believe we live in a “global village” (Marshall McLuhan), we are only informed about the Western microcosm.

This lack of knowledge is exploited by large Western laboratories that compete fiercely for vaccines and drugs. It’s just like in the 1980s. At the time, an epidemic of “gay pneumonia”, identified in 1983 as AIDS, was causing a hecatomb in gay circles in San Francisco and New York City. When it appeared in Europe, French Prime Minister Laurent Fabius delayed the use of the US screening test so that the Pasteur Institute would have time to develop its own system and patent it. This big-money affair caused thousands more deaths.

Geopolitics after the pandemic

The epidemic of hysteria that accompanies that of Covid-19 masks the political news. When the crisis is over and the people recover their spirit, the world may be a very different place. Last week we spoke of the existential threat that the Pentagon was making to Saudi Arabia and Turkey, both destined to disappear [1] The response of both was to threaten the United States with the worst calamities – the collapse of the shale oil industry for the former, a war with Russia for the latter; two very risky bets. These threats are so serious that they must be answered quickly and will probably not wait three months.

0 thoughts on “The world after the pandemic”