HOME / WORLD / We may be fighting World War Flu, but we can’t rely on military help: Armies themselves are likely to be decimated by Covid-19 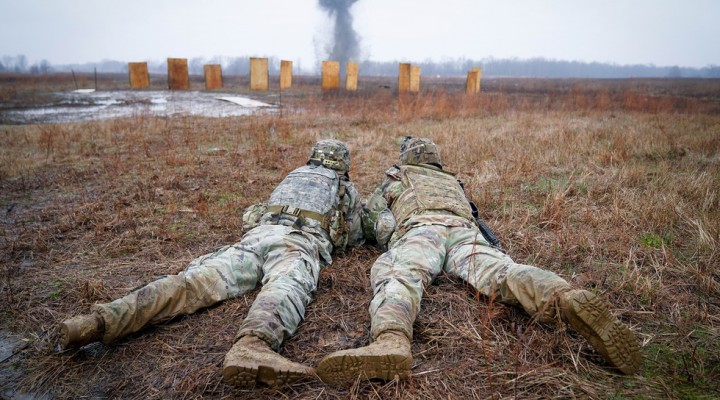 Troops have always been extremely vulnerable to respiratory pathogens, the coronavirus pandemic is likely to be their deadliest enemy.

The recent decision by the US secretary of defense to halt the deployment of some 20,000 American troops scheduled to arrive in Europe as part of the Defender Europe 2020 exercise because of the ongoing Covid-19 pandemic has highlighted the issue of vulnerability of military forces to respiratory pathogens in potentially disease-endemic areas.

It has long recognized that the crowded living and working conditions associated with military service, combined with stressful working environments, put its members at a higher risk of exposure to infectious disease than their civilian counterparts. This is especially true in the case of a new, or novel, disease such as Covid-19, where there is no existing vaccine in place to counter the threat. The Spanish Flu outbreak in 1918 killed 45,000 American soldiers – just slightly fewer than the total number of combat deaths in World War I of 53,000.

That epidemic struck during the climax of the American military effort, compromising the army’s performance in its biggest battle, the Meuse-Argonne Offensive. It clogged transportation lines and hospitals, killed thousands of troops and rendered many more non-effective.

Historically, the greatest level of risk to military personnel for exposure to respiratory disease is during the period of initial training, prior to the heavy use of prophylaxis vaccines all recruits are provided taking effect. The US military has a very efficient centralized medical care system capable of monitoring and treating the totality of the force. This same system likewise empowers the US military to detect the emergence of potential outbreaks of disease among military populations, allowing for early intervention and containment.

However, when a deviation from the norm occurs, such as exposure to a new disease, the potential still exists for widespread outbreaks to occur. In one such case in 1996, a US Navy ship with 600 crew, where 95 percent of the crew had been vaccinated against influenza, had an estimated 42 percent of the crew become ill when exposed to a new form of the disease. Likewise, because the US military makes heavy use of prophylaxis antibiotic treatments, there is a risk of outbreaks of antibiotic-resistance pathogens such as that which occurred on a marine base in California in 1989-90, where 128 marines fell ill to such a disease. The danger presented by Covid-19 is that there is no existing vaccine, making all US military personnel the equivalent of new recruits when it comes to vulnerability.

The good news is that the existing medical monitoring capability inherent within the Department of Defense medical care system, when combined with the structure and discipline of the US military in general, allows for effective control measures to be implemented to shield personnel from potential exposure to Covid-19, and rapidly contain any such exposure once it occurs. The draconian halt to all movement of personnel and dependents that has been imposed force-wide is one such example of the military being able to implement early measures that their civilian counterparts cannot.

The bad news is that the US military has a massive presence spread out around nearly every corner of the world, making the task of monitoring deployed forces difficult, and dealing with potential exposure cases equally challenging. The potential for a Covid-19 outbreak to completely overwhelm an isolated US military facility is very real, as is the capability of existing military hospitals and clinics to be swamped by more victims than they can handle.

Anecdotal evidence collected by the author suggests that the US military has yet to adopt a uniform response to the challenges posed by Covid-19, in particular when it comes to applying the identified need for social distancing to the military-mandated function of mass formations. Until a viable vaccine is identified and deployed, the US military, like military forces everywhere, will find itself at risk of exposure to Covid-19, and vulnerable to the rapid spread of infection among concentrations of vulnerable soldiers, sailors, airmen, marines and their families, as well as the civilian communities that support them.

0 thoughts on “We may be fighting World War Flu, but we can’t rely on military help: Armies themselves are likely to be decimated by Covid-19”