HOME / WORLD / Why Netanyahu isn’t welcome in the Gulf 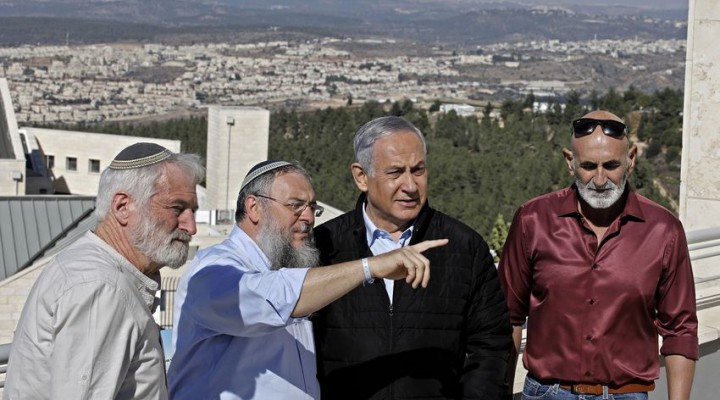 Israeli Prime Minister Benjamin Netanyahu is in a panic. He is desperate to stage a visit to an Arab capital before the forthcoming Israeli parliamentary elections. Nobody has been more contemptuous of the Arabs and their causes than he has, whether on the world stage or on the ground: with his massacres in Gaza and annexation, colonisation and apartheid policies in the West Bank. Yet he is trying to use the Arabs as a means of helping him remain in power.

Netanyahu is currently focused on four Arab capitals to which he is trying to arrange visits: Cairo, Rabat, Abu Dhabi and Manama. He has yet to achieve a breakthrough with any of them. The King of Morocco demurred when he invited him to visit occupied Jerusalem. The president of Egypt indirectly let it be known he could only come to Cairo if he made a substantial concession to the Palestinians, such as committing to a two-state solution. We still do not know why his visit to Abu Dhabi, that was supposed to take place next week, was cancelled or postponed.

Israeli government sources said on Thursday that the reason Netanyahu delayed his trip to the UAE was that he feared being criticised by Israelis for travelling abroad at a time when they are subject to severe travel restrictions. A statement from Netanyahu’s office said the Israeli premier greatly appreciated the invitations he had received from UAE Foreign Minister Abdullah Bin-Zayed and Bahrain’s King Hamad, and the “historic peace” he had concluded with both their countries. It attributed the postponement to airspace closures.

This would have been more convincing if Netanyahu’s planned Gulf tour hadn’t been postponed three times, cut in duration from three days to three hours, and limited to Abu Dhabi although it was originally scheduled to take in Dubai and Bahrain too.

Sources in the Gulf contacted by this newspaper had a variety of other explanations to offer.

Some said Netanyahu’s trip was postponed/cancelled because of personal antipathy towards him in Gulf states, especially Saudi Arabia after he leaked news to the Israeli media of his supposedly ‘secret’ visit there for talks with Crown Prince Muhammad Bin-Salman.

Others attributed it to anger in Abu Dhabi over Joe Biden’s suspension of the sale of F-13 aircraft, which was supposed to have been the UAE’s big reward for normalising relations with Israel.

A third group thought the signatories of the so-called ‘Abraham Accords’ — of which Israel was so obviously the main beneficiary — were having second thoughts about them and about making excessive public displays of normalisation. There are two main reasons for this: (1) domestic opposition, which is strong but stifled by state-controlled media; and (2) the demise of Trump, who foisted those agreements on them, and the advent of a new US administration that is not too keen on them or their policies, especially in Yemen.

As they see it: if Biden has declined to pick up the phone to talk to Netanyahu after three weeks in office – an unprecedented act of considerable political significance — is it a good idea for Arab capitals to start rolling out red carpets for him?

Ruling regimes in both the east and west of the Arab world committed a big political blunder and even bigger moral outrage when they gambled on Trump and offered him the cost-free service of signing normalisation agreements with Israel as a way of helping him get re-elected. All they reaped in return was failure and the anger of broad sections of their populations.

Their gamble failed. They miscalculated, breaking the most basics rules of statecraft. They might now be reconsidering and don’t want to make the same mistake again. But the damage has already been done.

0 thoughts on “Why Netanyahu isn’t welcome in the Gulf”