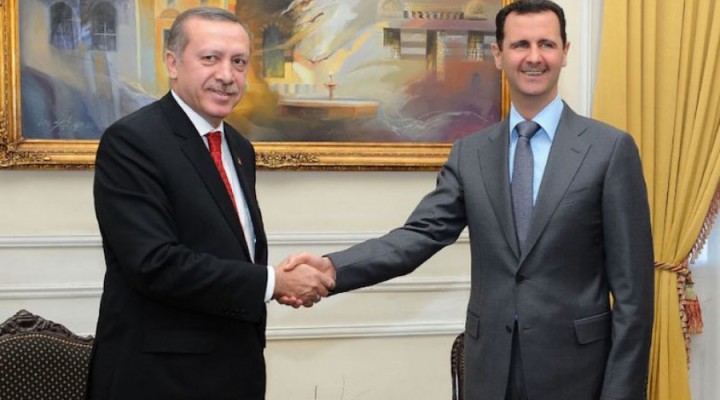 Why is Turkey pretending its neighbours approve of its occupation of their territory?

The Syrian foreign ministry broke its silence at the weekend and released a strongly worded statement denying the existence of any contacts with Turkey “as claimed by some of its officials”.

The statement insisted “there can be no anti-terrorism cooperation with a terrorist regime that supports and trains terror and spreads it around the region and the world,” and charged that “the plague of lying and fabrication is not confined to (Turkish President Recep Tayyip) Erdogan but has afflicted other officials in his regime.”

It was no coincidence that Iraq issued a similar denial of “claims” made by the Turkish president that the attacks carried out by Turkish forces and warplanes in northern Iraq are supported by the Baghdad government.

Erdogan is facing a multitude of economic and security crises these days. Groups linked — according to the official Turkish account — to the Kurdistan Workers Party (PKK) have resumed attacks in Istanbul and other Turkish cities, notably the tourist resort of Bursa. He needs to convince the Turkish public. A large portion of it is disenchanted with him and his AK party, and as presidential and parliamentary elections approach next year, opinion polls indicate growing support for opposition parties.

Claiming that the Iraqi government supports the latest Turkish attacks on Iraqi territory, and that Syria implicitly approves of those in al-Hasaka in its north, is an attempt to bestow some kind of legitimacy on these violations of the two countries’ sovereignty. The aim is to placate sections of the Turkish public that are troubled by these operations, especially as the death toll among Turkish troops rises.

Turkey occupies a swathe of Iraq roughly equal in area to Lebanon, and has deployed heavy weaponry and thousands of troops in bases there. It has done the same in northern and north-western Syria. The pretext in both cases is to combat terrorist organisations, a reference to the PKK and the Turkish, Syrian, and Iraqi groups allied to it.

Turkey’s military operations in Iraq and Syria will unite its two neighbours in a common front against it. Cooperation between them could develop into undeclared support for Kurdish groups opposed to the current Turkish government. They would have little to lose from that given the aggressiveness of Turkey’s current behaviour.

Erdogan’s high-handed and contemptuous treatment of the Iraqi and Syrian governments stands to backfire against Turkey. The violence could be re-directed inside the country, destabilising it and hitting the multi-billion-dollar tourism sector. Turkey is a vast and varied land. Large sections of its population disapprove of the AK party’s rule and its internal and external policies, especially regarding Syria. These minorities amount to 40% or more of the total.

The Syrian leadership was infuriated by the Turkish foreign minister’s suggestion that it wants to cooperate with Turkey in its war on the Kurdish Peoples Protection Units (PYD) in northern Syrian. It rejects any political dialogue with Ankara before all Turkish forces are unconditionally withdrawn from Syrian territory.

Erdogan’s policy of trying to play it both ways is also backfiring regarding the Ukraine crisis. Russia won’t forget his sale of Bayrakdar drones to Ukraine that were involved in the killing of hundreds of its soldiers, and does not buy his duplicitous pretence of neutrality and seeking to mediate. The same can be said of other adversaries with whom he has tried to mend fences, notably Egypt and Saudi Arabia. None of them trust him due to his record of political about-turns.

When they met in Sochi last year, President Putin provided Erdogan with a ladder to climb down from the Syrian crisis by proposing the revival of the 1998 Adana agreement between the two countries. This provided for serious cooperation against terrorism and opened a new page in relations that brought security and prosperity to both. But Erdogan rejected and evaded this initiative because he did not want to upset his Islamist allies — whom he later abandoned — by withdrawing from Syrian territory and allowing the state it to reassert its sovereignty over it. This was deeply regrettable.

Erdogan’s big problem is that he gives his personal interests precedence over those of Turkey and its security and stability. That is why he is prepared to make astonishing concessions to all his adversaries in ‘Israel’ Egypt, Saudi Arabia, the UAE, Greece, Cyprus, and Russia when it suits him. But when it comes to Syria, this would amount to conceding defeat. So he will not rest so long as President Bashar al-Asad is in power, even if that brings calamity to Turkey.

0 thoughts on “Erdogan, Syria, and Iraq”