HOME / WORLD / The battle for Ma’rib 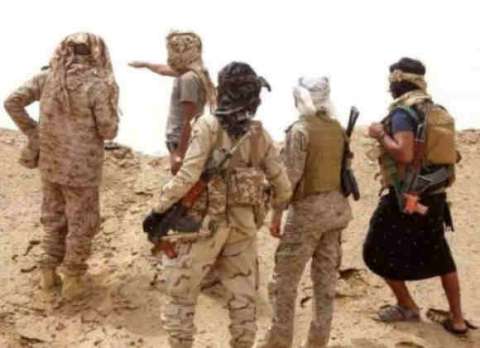 Will the Houthis retaliate against the UAE for its escalated intervention in the Yemen war?

The Houthi Ansarullah movement’s hopes of achieving a swift takeover of Ma’rib and ejecting the ‘legitimate’ government’s forces from the strategic city seem to have suffered a serious setback in recent days. Gen. Tariq Saleh’s ‘Giants Brigades’ came to the rescue, taking control of neighbouring Shabwa governorate and advancing towards al-Bayda.

This is the first time in years that the scales on the battlefields in Yemen have tipped – temporarily, according to the Houthis – in favour of President Abed-Rabbo Mansour Hadi’s allies and the Saudi-led coalition backing them, in particular in Shabwa city, relieving the pressure on Ma’rib.

This is due to two main factors:

Second: The reversal in the position of the UAE and the forces it supports — especially the Giants Brigades, the Southern Transitional Council (STC), and elements of the Islamist al-Islah party — which all joined together in the current battles against the Houthis.

In a recent TV interview, leading Houthi figure Mohammed al-Bukhaiti spoke of a deal under which Saudi Arabia agreed to cede all Yemen’s southern governorates, including Shabwa, to the UAE in return for it throwing its military weight fully behind the war as it did when it was launched in 2015.

It remains unclear why the UAE would agree to such a deal after declaring its military withdrawal from Yemen nearly two years ago, given the risks this step could entail. There has been much talk in the intervening period of worsening differences between the Saudis and Emiratis over Yemen and other issues — especially reconciliation with Qatar — and of the UAE leadership wanting to cut its losses in war.

Bukhaiti touched on this issue in his interview. He said: “The UAE wanted to pull back from its involvement in Yemen and we gave it the chance. We suspended our plans to strike at the Emirati interior. But now it has reverted to escalation. We advise it not to continue, because otherwise we will be obliged to strike”.

The UAE’s political and military role was clearly decisive in the fighting in Shabwa, al-Bayda, and Ma’rib. It changed the balance of power on the ground by getting Saleh — who also heads the General People’s Congress party founded by his late father former president Ali Abdullah Saleh — to transfer his forces from the western coast to the Shabwa and Ma’rib fronts, a move that raised many questions at the time.

The key question now is how the Houthis and their allies respond to their setbacks. Will they retaliate by stepping up missile and drone attacks on Saudi targets? Or turn to the UAE itself and target Abu Dhabi and Dubai? Or launch ground incursions across the Saudi border into Jizan, Najran and Asir?

It is hard to tell. The Houthis are keeping quiet for now and holding their cards close to their chests. But Bukhaiti’s threat of forceful retaliation if the UAE continues to escalate was telling. We can only wait and see.

0 thoughts on “The battle for Ma’rib”