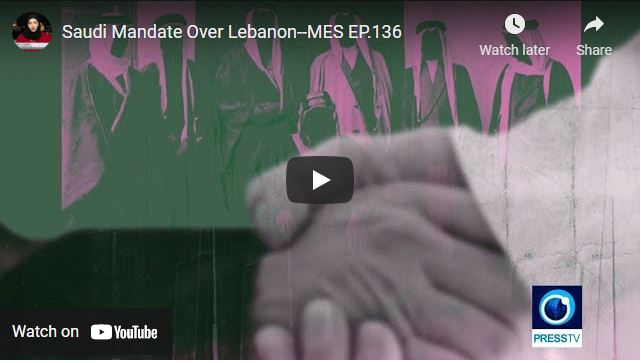 Lebanon did not need the crisis that Saudi Arabia provoked, under the pretext of a statement by Minister of Information George Kordahi about the war in Yemen, to ensure that the mentality of humiliation is rooted in most Lebanese political factions, especially towards Riyadh and its Persian Gulf neighbors. Since the beginning of the “PGCC escalation,” these factions have seen no solution but to offer Qardahi as a “sacrifice” to gain the long-lived approval of the Al Saud family and their cohorts, by dismissing him or forcing him to resign, sometimes by encouragement and other times by intimidation. And after a month of arbitrary and escalatory steps taken by Saudi Arabia and those in its orbit against Lebanon, Lebanese Information Ministry resigned on Friday making way for unlimited future intimidation against any Lebanese official who dares to have a free mind.

To discuss this issue with us from London is Hadi Nasrallah, political commentator.

It is no secret that Saudi Arabia is upset because it was unable to dominate the political decision in Lebanon despite the money it paid to its puppets in the country. The main reason for the current Kingdom fury is Saudi Arabia’s failure to bear its losses in the region, so its aggression against Lebanon came as a reaction. The timing of the Saudi aggression on Lebanon was directly related to losing grounds in Yemen’s Marib, as it wants to divert attention from the battles there by imposing pressure on Lebanon. At a time when Riyadh should’ve apologized for its unjustified aggression against Lebanon, we see the Kingdom working in an absolute opposite direction. MBS has still not fathomed that no one can really threaten the Lebanese people in general nor can they twist the arm of Hezbollah in specific. Maybe he doesn’t read history. Lebanon is not anyone’s back yard.

We in Lebanon choose to deal with Saudi Arabia in equality and as an independent country, and we do not accept anyone’s interference in our government or our internal politics.

To discuss this issue with us is Hamza Al Khamsa, political commentator.

Radwan Mortada: “Joseph Aoun has made a big mistake”