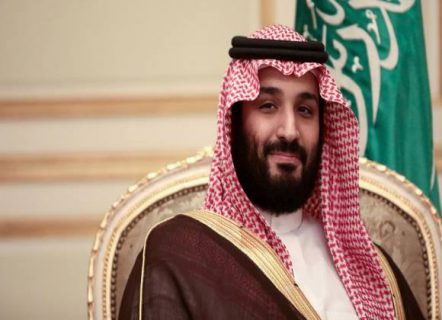 Is MBS poised to oust his father on health grounds and ascend to the throne?

The 42nd Gulf summit held in Riyadh this week will go down in history as the briefest of the annual get-togethers of Gulf Cooperation Council (GCC) heads of state. The opening session, which turned into the closing session too, barely lasted an hour and only three speeches were made. The delegation heads then hurried back to their waiting planes at the airport, whose engines had not yet cooled, and flew back to their capitals as though they had committed a major transgression by merely attending.

The most — perhaps the only — significant development at the summit was the absence, or absenting, of King Salman for the first time since he succeeded his half-brother Abdullah to the throne some eight years ago. His son and heir apparent Crown Prince Muhammad Bin-Salman chaired the gathering in his place, with no explanation offered either to the summit guests or, more importantly, the Saudi public.

It is being whispered inside and outside Saudi Arabia that the king is ill and under medical detention at the Neom palace complex on the Red Sea coast at the orders of the crown prince. Muhammad is said to be poised to declare himself monarch at any moment. The aim of his tour of five Gulf states last week was to present himself as king to their leaders and repair relations with them to gain their confidence. Especially two countries with whom ties were strained: Oman, against which he’d unleashed his army of internet trolls to accuse of siding with the Houthis in Yemen; and Qatar, which he subjected to a nearly four-year embargo that proved a total failure. None of the 13 conditions for lifting it (such as closing Al Jazeera) were met, and it was contritely ended.

If Muhammad does opt to depose his father on health grounds (whether genuine or not) and ascend to the throne, he will need to break his isolation at home, in the Islamic world, and in the West. This will not be easy, however many billions of the Saudi people’s dollars he throws into the endeavour.

Under the Saudi ruling family’s traditions and internal rules, its princes are required to make pledges of allegiance to a new king. But most of them are either in detention, under house arrest in their palaces, or barred from travelling. That applies to junior and senior princes alike, the millionaires and the trillionaires.

The policies pursued by Muhammad Bin-Salman in his seven years as de facto ruler have gained him many more enemies than friends in Saudi Arabia, the Arab world, and globally. The promises of prosperity, jobs, and the good life he made to Saudi youth ended up with little more than song and dance parties and other tasteless trappings aimed at replicating the permissive Dubai model in the land of the Wahhabi Calling.

Saudi Arabia’s relations are bad with Jordan, strained with Egypt, cool with the UAE (despite attempts to pretend otherwise), superficial with Qatar, static with Algeria and the other Maghreb countries bar Morocco, cold with Syria, and all but broken with Lebanon, Palestine, and all the region’s resistance movements and political or non-political Islamist groups. Is this the kingdom we used to know that styles itself as the paragon for all Muslims?

US President Joe Biden, leader of the world’s greatest superpower and Saudi Arabia’s strategic ally, did not suffice with not picking up the phone to the Saudi crown prince. He went on to withdraw most of his Patriot and THAAD anti-missile batteries from the kingdom, leaving it unprotected from Houthi missiles and drones that just last week hit a number of Saudi cities including the capital Riyadh. Whatever happened to the $460 billion that Donald Trump looted during his barely 30-hour visit?

But Muhammad Bin-Salman’s greatest ‘achievement’ has been his blundering into the Yemen war. After it drained (and continues to drain) countless billions from Saudi coffers and killed and maimed hundreds of thousands of Yemenis, he had to turn to Baghdad, Damascus, and Muscat to reconcile him with the hated heretical Iranians — whose regime he’d threatened to bring down through domestic destabilisation — to help find him a way out.

One question being asked these days is whether Muhammad Bin-Salman will inherit his father and uncles’ title of Custodian of the Two Holy Mosques if he crowns himself king, or abolish the appellation and devise a new one for himself. It may not be long before we find out.

‘Freedom Is Blossoming’: After Dismembering a Journalist, Saudi Arabia Goes on a PR Spree

0 thoughts on “The absence of King Salman”