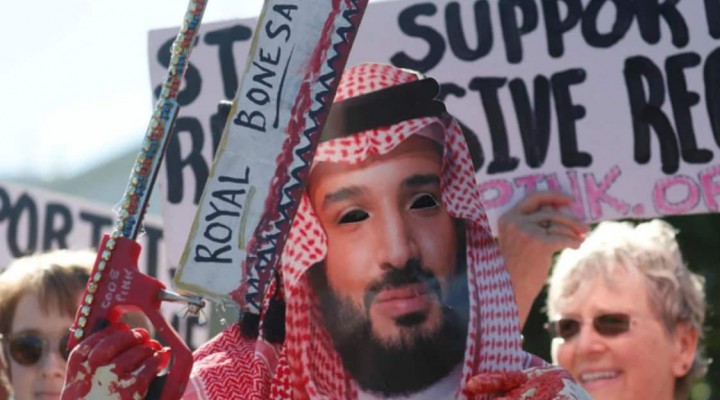 Saudi Arabia is withholding oil production because Biden won’t meet with Mohammed bin Salman after the murder of Jamal Khashoggi, the president suggested.

Biden himself seemed to allude to this at a town hall event with CNN last month, during which he attributed high gas prices to a certain “foreign policy initiative” of his, adding, “There’s a lot of Middle Eastern folks who want to talk to me. I’m not sure I’m going to talk to them.”

Biden was making a not-so-veiled reference to his refusal to meet with the crown prince and acknowledge him as Saudi Arabia’s de facto ruler due to his role in the grisly murder of journalist Jamal Khashoggi in October of 2018. The move came after Biden vowed during a debate with President Donald Trump to make MBS, as he’s known, “a pariah” and represented a stark departure from Trump’s warm relations with the desert kingdom and the crown prince.

In 2017, Trump broke with tradition by choosing Riyadh, the capital of Saudi Arabia, for his first foreign visit and soon announced a record arms sale to the kingdom. Later, after Khashoggi, a contributor to the Washington Post, was brutally dismembered in a Turkish consulate, Trump cast doubt on MBS’s involvement, saying, “Maybe he did, maybe he didn’t.” After his own CIA director briefed Congress on MBS’s culpability, Trump reportedly boasted about his efforts to protect the crown prince, saying, “I saved his ass.” Since then, a senior adviser to Trump’s campaign, Tom Barrack, has been indicted for allegedly working as an unregistered agent of the United Arab Emirates — Saudi Arabia’s closest ally.

In June 2018, heading into the midterms, Trump requested that Saudi Arabia and its cartel, the Organization of the Petroleum Exporting Countries, lower energy prices by increasing output, and the kingdom complied. Prices bottomed out in 2020 amid the coronavirus pandemic, and usage sank to record lows. Prices surged once the pandemic waned and the economy reopened, and this August Biden requested that OPEC again increase output.  Read more..

Saudi Arabia and the US

0 thoughts on “MBS: The Murderous Maniac Engineering US Inflation Woes”